“It’s just beautiful music.” The guy next to me must have said “beautiful” at least 10 times over the course of Islands’ set at Le Poisson Rouge, whether to his equally eager friends or over the lip of the stage to frontman Nick “Diamonds” Thorburn. As much as I wished he had thought to tuck a thesaurus in the back pocket of his skinny jeans, I had to agree. Thorburn and his very good-looking, well-dressed backing band lavished attention on their arrangements and expression that belied lyrics like, “This is not a band” and “This is not a song.” On Saturday night, it was clear that Islands were very much a band, cohesive and streamlined in the glow of Le Poisson Rouge’s subterranean lights. Despite initial mixing problems that also plagued opener Idiot Glee, the understated precision behind every quaver, rim hit, and keystroke hit home in the kind of way that inspired a lump in my throat and my neighbor to palm the setlist.

Idiot Glee, the performing and recording moniker of Lexington, KY’s James Friley, did not fare as well under that transcendent lighting. On his debut full-length, Paddywhack, Friley’s synthesized neo-soul sounds like a hip, almost sexy Owen Pallett. Unfortunately, that effect doesn’t translate live. After opening his set with slow-burning synthpads, Friley requested “more of everything” in his mix, which translated to unwarranted ear-splitting snares. The following vocal and keyboard loops took a turn for Pandora’s Youth Lagoon Radio, which is to say every other bedroom recording project I’ve heard before. Friley did impress me when he calmly announced that the batteries in his essential keyboard had died, and instead of ending his set early, he started singing a different song while swapping in new batteries with one hand. 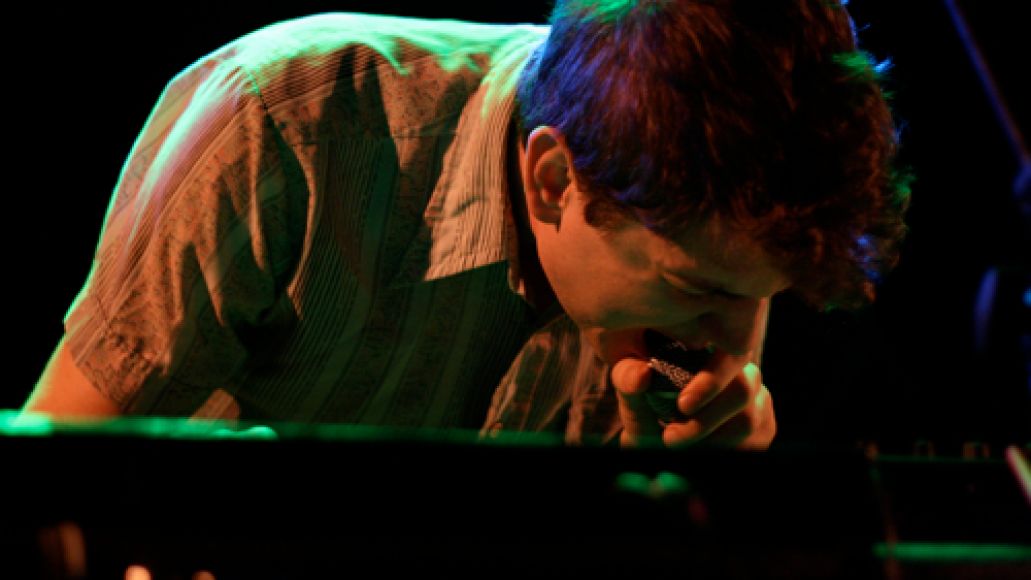 Following these self- or otherwise-inflicted technical difficulties, Thorburn appeared agitated during the ominous chords opening “Never Go Solo”, licking his lips and glancing back at his band mates. Following that, however, Islands fell into an easy back-and-forth with each other, stopping only to swap instruments. They didn’t even announce any songs, save the inimitably titled “Don’t Call Me Whitney, Bobby”. Driven by Thorburn and Evan Gordie’s pianos, Islands waltzed through the slower numbers with grace, unfurling the pattering drums of “Same Thing” like the smoke hanging above the stage. And just when I thought those pretty boys wouldn’t dare mess up their impeccable button-downs, they broke a sweat crashing through the nine-minute “Swans”. Thorburn even climbed the drum kit for a brief moment, which was enough for his cheering young adulators (I saw all those X’s, kids). The best part? When Diamonds broke it down in his ankle boots, like that scene where Sam Rockwell moonwalks to “Simon Says” (I know you saw Charlie’s Angels, too). 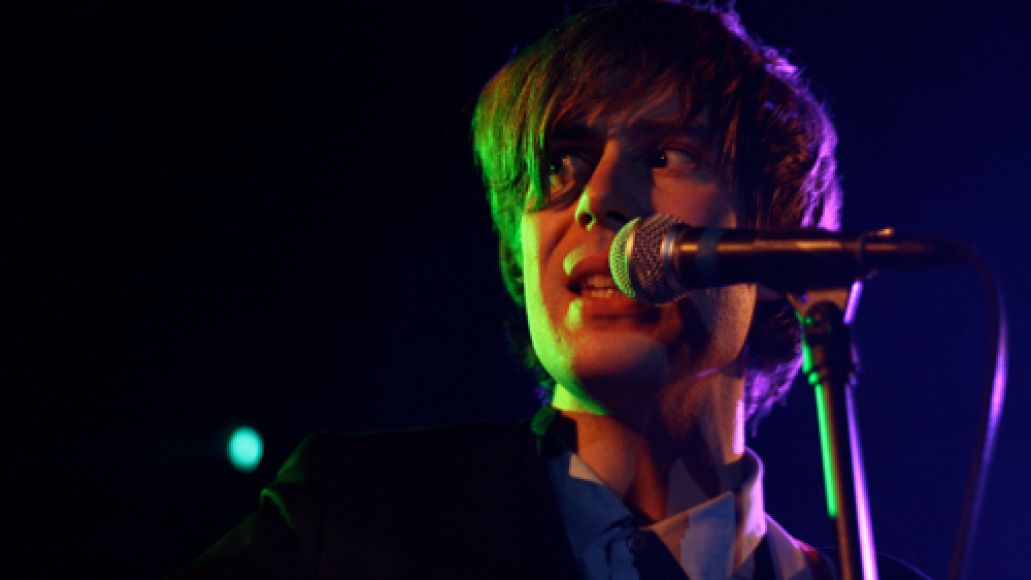 I didn’t think it could get better than that until they encored with “Grey Funnel Line”, which opens with Thorburn a capella. Maybe it’s cliché to subject every emotional response to the “Amazing Grace” litmus test, but as soon as his crystalline vibrato started singing about a sailor lost at sea, I truly felt, as he had intended when he wrote the song, “no hope.” Any singer that can make me feel that way after such an arresting set, especially in such a tight suit, has done his job and done it well.