There were some reservations that The Darkness may have lost a step or two in the seven years since they had toured in the United States. By the end of their Chicago stop on Saturday night, however, any and all reservations were swept away on the rolling thunder of guitars and blaring falsetto.

After a less than tolerable opening set of so-kitsch-it-hurts 80’s metal from Crown Jewel Defense, the mixed crowd of college kids, metal heads (who all kind of looked like Phil and Terry from Wayne’s World), and standard rock fans were all getting a bit anxious. Said anxiety was erased once Eric Nally, his pigtails, and the rest of Foxy Shazam blasted on stage. They immediately took their energy and poured it over the crowd as Nally screamed, “Clap you stupid white people!” and the band dove into “Welcome to the Church of Rock ‘n Roll”. 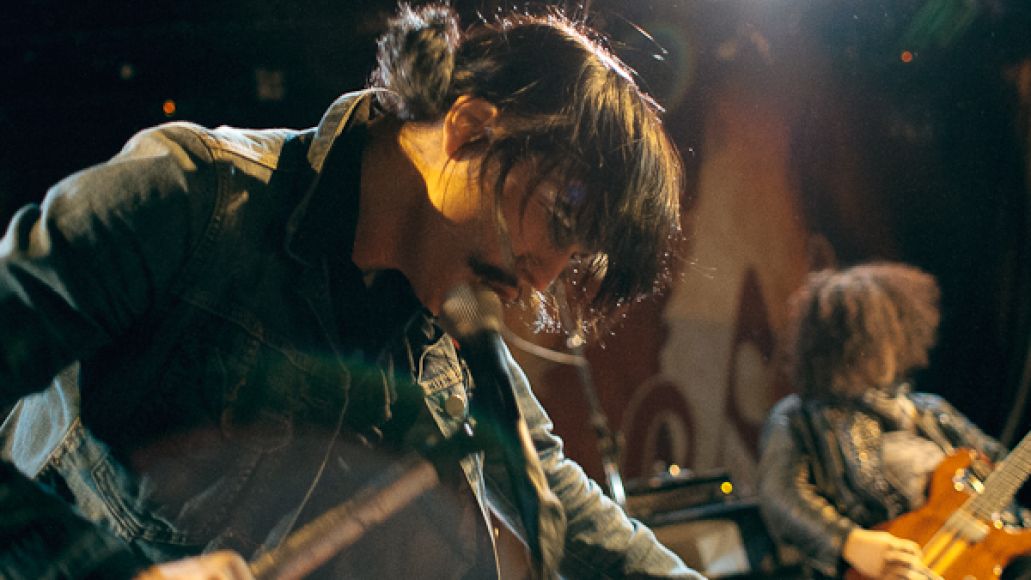 To say that Foxy Shazam were simply energetic showmen would be doing them a slight disservice. The amount of energy and enjoyment they bring to the stage is nicotine-addictive. The entire band puts in their all for the visual aspect of the show, from tossing trumpets to carrying keyboards into the crowd. Nally does tricks with a microphone stand that most of us dream of doing on a big stage; he somersaults, his feet channel James Brown, and he launches himself onto every climbable surface he can find. At one point during an extended storytelling sequence in “Holy Touch”, a fan yelled something at Nally and Nally called him out. He made the audience member raise his hand so everyone could see him, and after cursing at him, said, “You know the difference between you and me? You’re looking up at me, and I’m looking down at you!” The crowd went wild and he finished the song with amazing flourish. Their entire set ended—too early in my opinion—with Nally yelling, as he threw down the microphone, “Did you all come yet? Because we gotta go!” 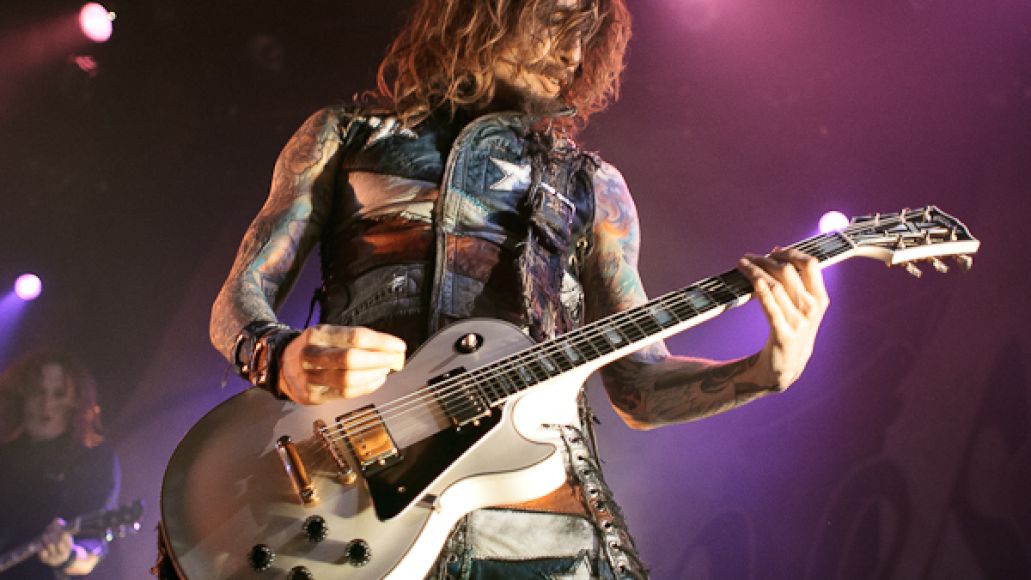 The crowd’s excitement was now at a fevered pitch, and the wait for The Darkness went on much longer than needed. Once the lights dimmed, and Thin Lizzy’s “Boys Are Back in Town” blared through the house speakers, the band jogged out on stage to a deafening roar, standing in front of an outrageous Darkness banner and a slew of amps. Clothed in matching leather pants and a vest emblazoned with an American flag, frontman Justin Hawkins offered a simple, “Hello Chicago-town,” before the band exploded into “Black Shuck” behind him. Thus, the races began.

Despite their lengthy hiatus, the band has not missed a step; the old songs were pitch perfect, and they played nearly all of them. Within the 21-song set, Hawkins cut through each track off of the band’s 2003 debut LP, Permission to Land, and the newer material, including lead single, “Nothings Gonna Stop Us”, were tight and well controlled. The one cover they threw in was the biggest surprise of the night: Radiohead’s “Street Spirit (Fade Out)”. Let’s just say that few listeners will ever find a more metal version. 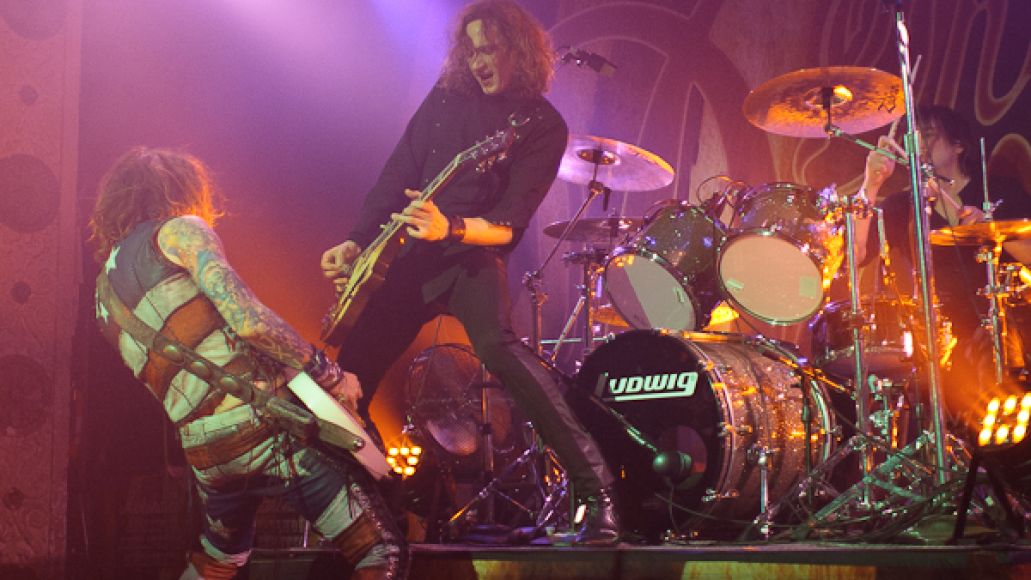 The band was energetic, lively, and, most importantly, incredibly grateful for the fans being there. Hawkins continued to thank the crowd for being so supportive and enthusiastic. They danced around on stage and solo’ed the hell out of the venue. At one point, Hawkins jumped onto a security guard’s shoulders and rode him around the floor to the other side of the stage all the while solo’ing over “Love on the Rocks with No Ice”. As outrageous as that was, the perfect ending to the night was Hawkins 15 foot stage dive from the loud speakers into the crowd.

It was the kind of show, and The Darkness are the kind of band, that even something seemingly outdated as guitar solos or stage “antics” became elements once again essential to a good rock show. The Darkness are somewhat starting from scratch after their seven year pause in work, but it won’t be long before they are back on top. This concert solidified their place in rock music for a lot of fans, and is a glaring shining sign that they’re, indeed, back.

Foxy Shazam Setlist:
Welcome to the Church of Rock ‘n Roll
Killin’ It
Oh Lord
Holy Touch
The Temple
I Like It
The Only Way to My Heart