The 11th annual Bonnaroo Music Festival runs June 7-10th in Manchester, Tennessee. This year’s bill is headlined by Radiohead, Red Hot Chili Peppers, Phish, and the reunited Beach Boys, with Bon Iver, The Shins, Dispatch, Foster the People, The Avett Brothers, Skrillex, Feist, and Aziz Ansari among the other heavyweights.

This year also promises another one of Bonnaroo’s trademark superjams; however, the participating artists have yet to be announced.

In all, over 125 bands and 20 comedians will perform across 13 stages during the four-day event. Additional artists and comedians will be revealed in the coming weeks. Below, you can watch the lineup announced by ESPN’s John Anderson. 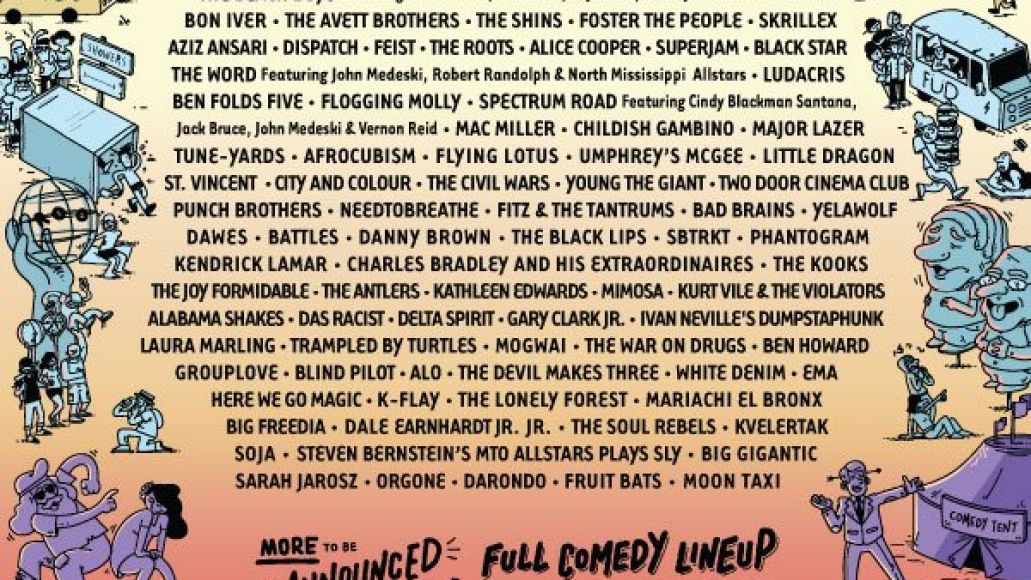