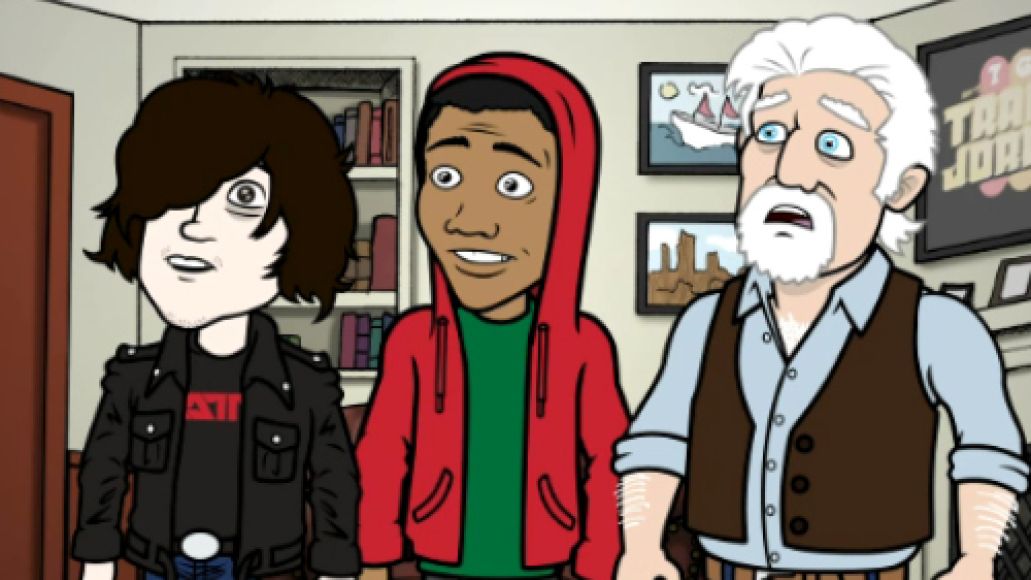 Finally, the headline to appease our top staff members – specifically Alex Young (RyRy), Chris Coplan (Gambino), and Jeremy D. Larson (Mike Mack). Now that 30 Rock has returned to NBC’s Thursday night programming, so too does its corresponding animated web series, Jack Donaghy Files. The latest clip should turn plenty of heads in the music community, as it features appearances by Ryan Adams, Donald Glover, and Michael McDonald. Why? Donaghy – ahem, the greatest actor of all time, Alec Baldwin – needs to find a Super Bowl halftime performer to replace an injured Madonna. It’s as simple of a plot line as it sounds, but it results in the sort of madness you’d pay $5 dollars to witness. You know, like seeing Michael McDonald cover the Saved by the Bell theme? Three words: Thank you, Alec. Catch it below.