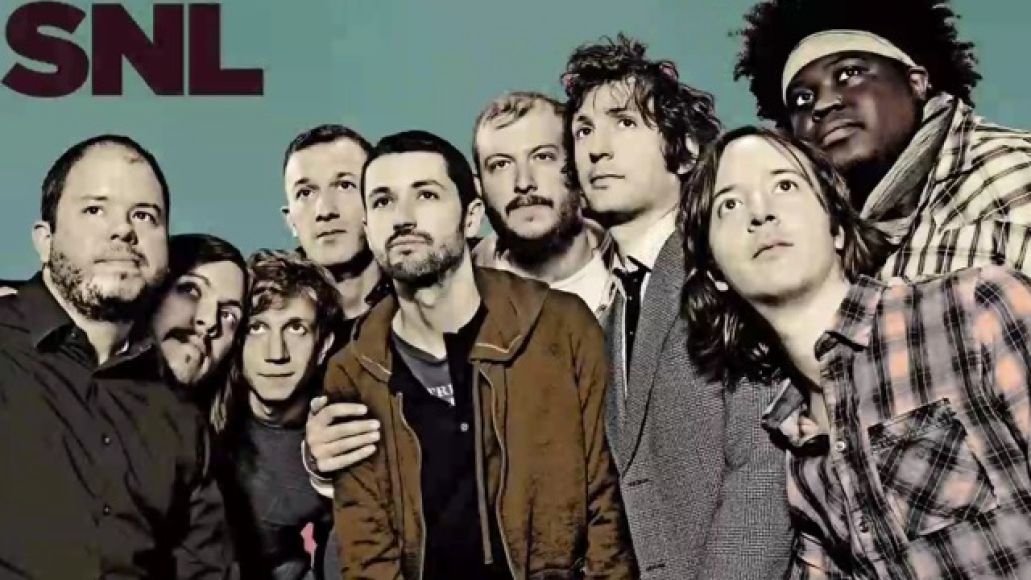 Justin Veron told SPIN earlier this week, ”Whenever we listen to [“Beth/Rest”], we feel this extra… ‘Yes. We’re going to do this, motherfuckers.’ It’s not irony.” The anthemic closer to last year’s magnificent Bon Iver, Bon Iver may sound like its tuned to the sentiment of early 90’s mainstream cinema (or maybe it’s just this video that’s been forever altered how I hear the song), but just take one listen to the solo piano version you’ll find that underneath Hornsby/Winwood schmaltz there’s quite a song there.

But on Saturday Night Live, Bon Iver played the hell out of the tear-jerker “Beth/Rest”, in addition to our number one song of 2011, “Holocene”. Check out the performances of both below (via The Audio Perv). Bonus points to Colin Stetson for wearing a Liturgy t-shirt.

On a side note: SNL spoofed Lana Del Rey during Weekend Update and it was pretty great/puts everything in perspective.