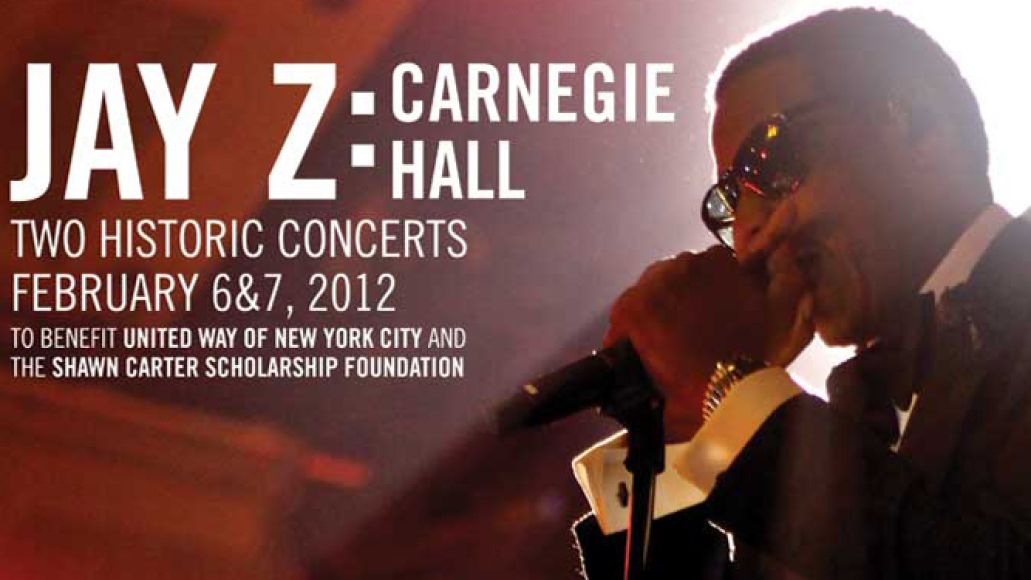 Last night, Jay-Z played the first of two charity shows at New York’s Carnegie Hall, becoming the first rapper to perform at the famed venue. During the set, which featured the backing of a 30-piece orchestra that included The Roots, as well as guest appearances from Nas and Alicia Keys, Hov performed his Blue Ivy Carter-inspired track “Glory” for the first-time ever. Watch the video below.

And here’s a video of “Public Service Announcement” complete with an orchestral introduction: