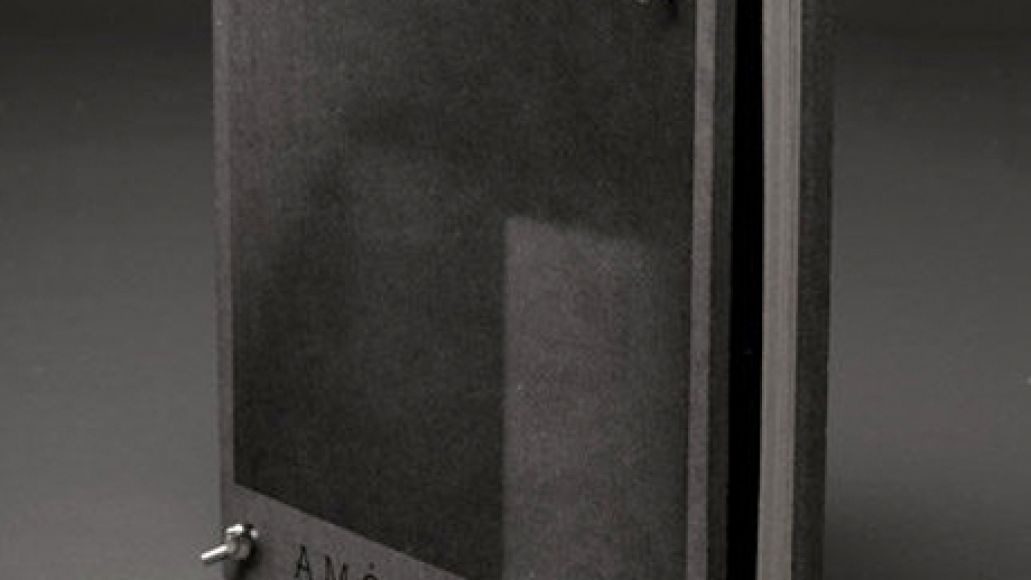 On May 21sta, electro guru Amon Tobin will release a massive, limited-edition box set comprised of material from his groundbreaking ISAM live tour and his plentiful personal archives. And when we say plentiful, we mean this guy is the veritable Library of Congress of electronic music.

Contained in the self-titled set, which comes packaged in a bolt-fastened box, are six 10″ records, seven CDs, and two DVDs of previously-unreleased material (not to mention some posters to boot). Among the offerings included are Amon Tobin’s earliest audio experiments (never been played in public before), film and television score work, unreleased score work, deleted bootlegs, an ISAM live show DVD, and an ISAM live audio album.

The set also contains remixes, cover versions and re-interpretations of the ISAM album, remixes Amon has produced for others, a recording of the Royal Albert Hall from November 2010, and more. For a preview of the set, watch the trailer below. Pre-orders are now ongoing at Ninja Tune’s website.

For those who missed out on the “visual onslaught” the first go-around, Tobin has scheduled a massive U.S. tour for this fall, where he promises to debut a “new look ISAM live.” Prior to that, he’ll appear at Coachella in April. Peep the full schedule below.