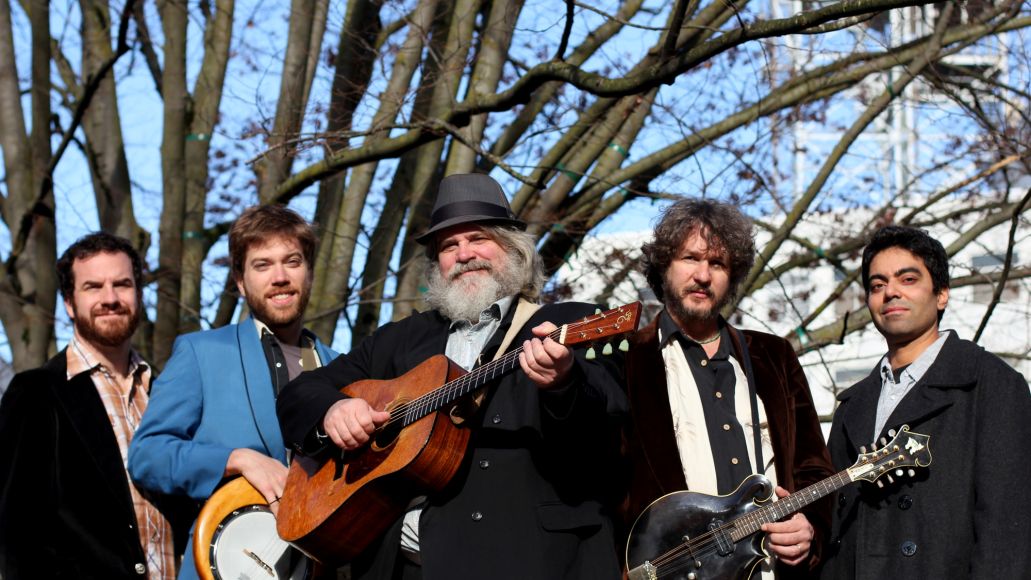 Self-described “Polyethnic Cajun Slamgrass” band Leftover Salmon return on May 22nd with Aquatic Hitchhiker, their seventh LP and first in eight years. As a first listen, check out the album’s quick-fingered title track, which was written by the group’s newest and youngest member, Andy Thorn:

‘Aquatic Hitchhiker’ started out as a couple of banjo warm-up rolls I was working on and when we threw them together with some harmonies and chords it became this epic acoustic journey,” Thorn tells us in an email. “I think we’re still finding new places to take it live. We never really know where it’s gonna go until we get out there play it.”

Leftover Salmon will be touring this spring in support of Aquatic Hitchhiker, making stops at Summer Camp Music Festival and Telluride Bluegrass Festival along the way. Find the full schedule below.