Our day-to-day coverage of Austin, TX’s South by Southwest comes to an end. Below, you can check out our blurbs and pictures for coverage of Saturday. Stay tuned for our Top 10 CoSigns of SXSW, in addition to a full gallery of photos. 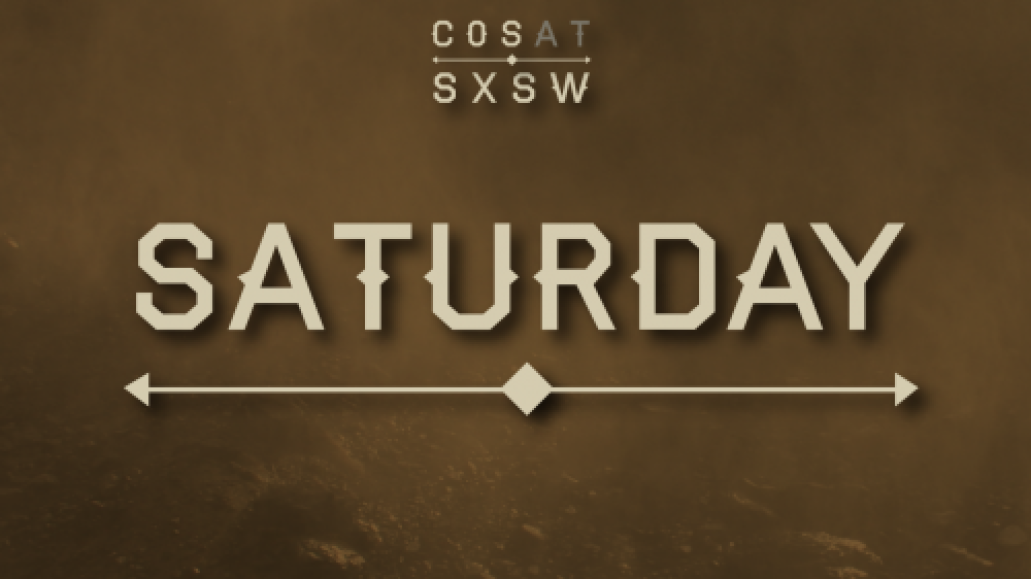 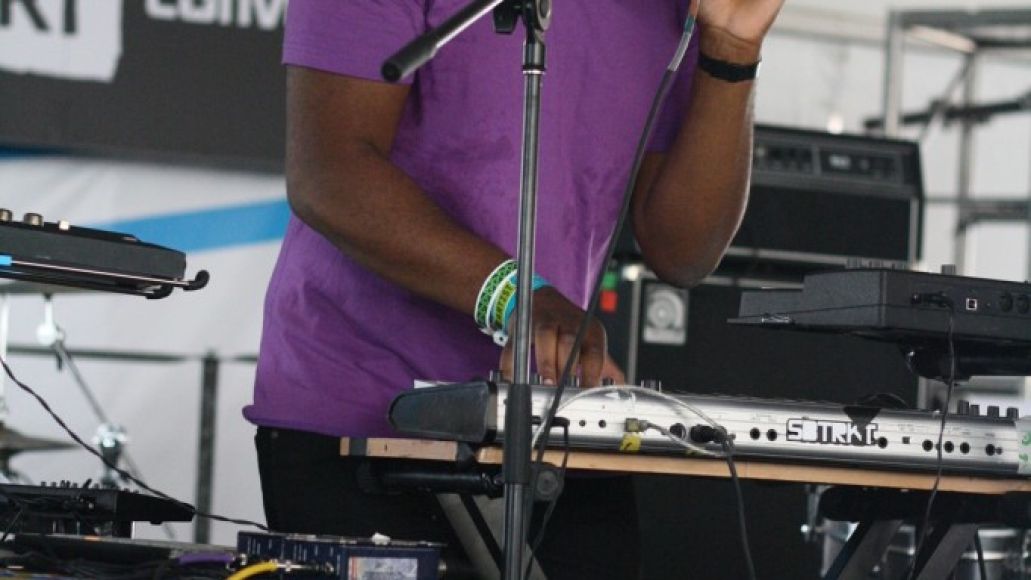 It’s always suspenseful seeing how your favorite electronic act will replicate live the moody atmosphere that usually lives in the privacy of your headphones. In the case of British beatmaker SBTRKT (a.k.a. Aaron Jerome) and vocal collaborator Sampha, masks and batik tablecloths help, especially in the early afternoon light penetrating the Fader Fort. Up close, it was easy to differentiate between Jerome’s pummeling kick drum and Sampha’s bell-like synthesizers, which unfortunately became muddled further from the stage in such an open space. Sampha’s voice was the set’s clear highlight, bringing tracks like “Hold On” to life in stark contrast to Drake’s remix of “Wildfire”, which live sounded like just another DJ set. Next time I see SBTRKT and Sampha, I’ll make sure to find a dark, airless venue more conducive to their pseudo-R&B’s inherent sex appeal. -Harley Brown 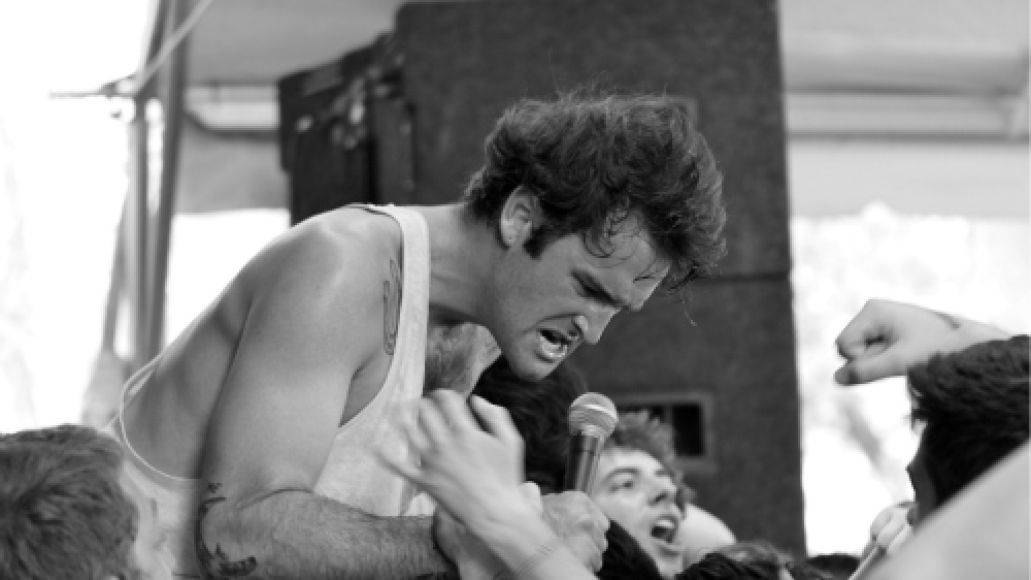 Ceremony is at a crossroads. The Rohnert Park, CA natives are a hardcore band at heart, a tour de force of blitzing chaos, whose frontman Ross Farrar enjoys stomping on his microphone, choking himself with said mic’s cord, and participating in circle pits. On the other hand, they’re the latest signees of Matador Records, and their recently released LP, Hysteria, is more refined and clean than any of their older material. The album has exposed them to the mainstream music blog media (including this very one), and for every hardcore kid moshing along on Saturday afternoon, there were three-times as many photographers. Understandably, Ceremony looked uncomfortable at points during the performance, perhaps unsure what to make of the scene in front of them, or even what their future holds. The same can be said about their dedicated fans, who enthusiastically reacted to their pre-Hysteria material, but whose energy was tempered whenever a new cut was played. After Saturday, it remains to be seen where Ceremony will go from here; either way, I feel sorry for the  dude who has to pay for all that busted up equipment on stage. -Alex Young 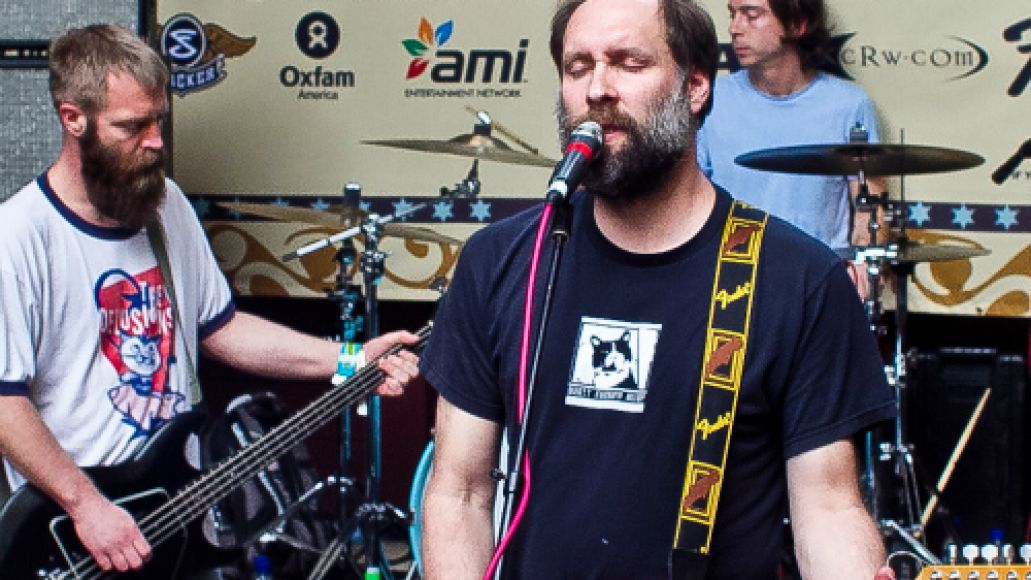 The look on Doug Martsch’s face was in stark juxtaposition to much of the crowd on St. Patrick’s Day. The contemplative 1,000 yard stare above the audience while he played didn’t grab a lot of the hangers-on at the packed Cedar Street venue, nor did the crossing streams of guitar that poured out during the band’s set. Nevertheless, Built to Spill’s sage confidence, as always, was welcome when there’s so much happening with the music. Most of the time, the three guitars were the whole band and the guys were just vessels for their crunchy riffs, but Martsch turned up his presence with more classic live cuts like “Virginia Reel Around The Fountain” and “Stop The Show”.  It was an assured set from an assured band — but Built To Spill are bigger than the space, and the crowd, and likely SXSW altogether at this point. 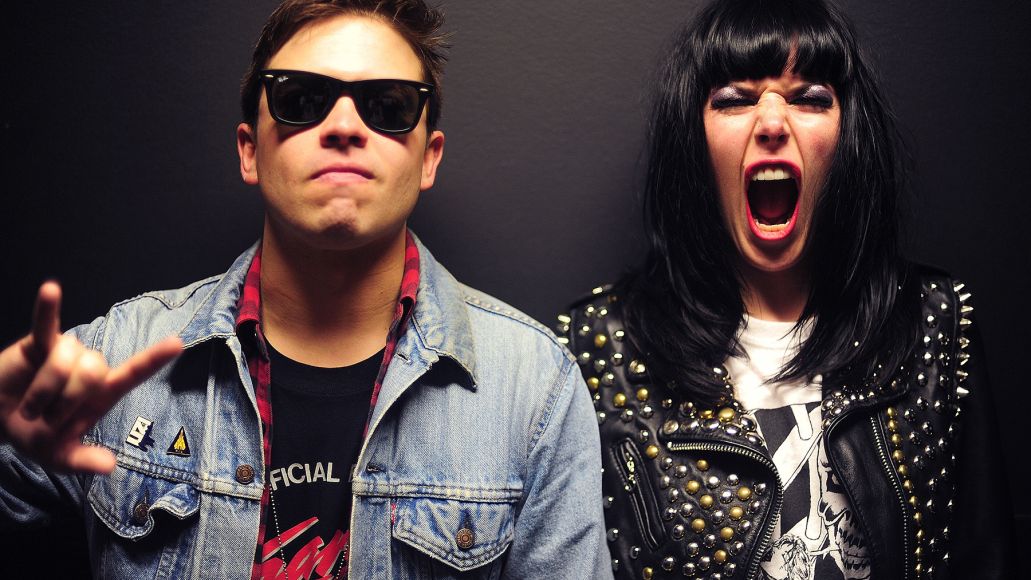 Sleigh Bells bang loud and hard enough to fill both a mosh pit and 3,000-capacity theater, which is what they did at the Moody Theater. After standing all week and panicking in the thick crush of concertgoers the last time I saw Derek Miller and Alexis Krauss, I used this opportunity to judge Sleigh Bells from balcony seating. Since I last saw them, the duo has added touring guitarist Jason Boyner and made Krauss the center of attention, allowing her to take the lead on slow jams like “End of the Line” and “Rill Rill”, during which she coolly crowd-surfed after commanding, “Carry me, Austin!”

Whether they sound tighter after touring behind Reign of Terror or I was able to better appreciate them removed from the admittedly tamer-looking floor, Sleigh Bells owned their spot opening for someone like Nas. The ostentatious yet minimal American flag stripes hanging behind them and stacked Marshalls amplified the tension and release between the guitarists’ punishing walls of noise and Krauss’ peaches-and-scream vocals. By the time they unleashed the drop on closer “Crown on the Ground”, I was already out of my seat, wishing I could surge down there with everyone else. -Harley Brown

In another one of those “for the fans, not for the moment” shows at SXSW, Nas was doing a run of the unfuckwithable Illmatic. On the two sets of 1’s and 2’s were DJ Premiere and Pete Rock, co-producers of the album from back in the day. The stage was set up like Nas’ stomping grounds in Queens with a bus stop, a subway stop, and high rise apartments on either side. “The dream is one day you can get big enough so you can come home like this,” he said in reference to the set dressings. That kind of nostalgia was replete in the evening, with Premiere more than once asking if we liked hip hop from the 90’s, and spinning Mobb Deep and Heavy D in a perfunctory DJ battle with Pete Rock.

The best of Illmatic was on fire with Nas shooting every word with a bullet. Among highlights were bringing out long-time partner AZ for “Life’s A Bitch” and ripping through “Represent” without skipping a beat. He crouched over a bit like a less presentational Kanye, kissed the mic always, and was energetic but never ostentatious. And as the show went on, Nas got more amped up by the whole idea of performing on stage again, which peaked with the live premiere of his new single, “Mr. Don“. To see Nas perform tracks from 21 years ago (his guest verse on the Main Source track “Live at the Barbecue” from 1991 served as one of the breaks in the Illmatic action) on the same night that he’s debuting new material was to see a rapper whose technique has sharpened through the years. DJ Premiere and Pete Rock’s production may sound like the past, but Nas is ready to blow up the future with this new album. Closing with “One Mic” and “Made Ya Look” teased a full Nas solo set (sans Damian Marley for real) that can’t come soon enough. Also, this was probably the closest The Moody Theatre will ever be to being completely hot-boxed. -Jeremy Larson