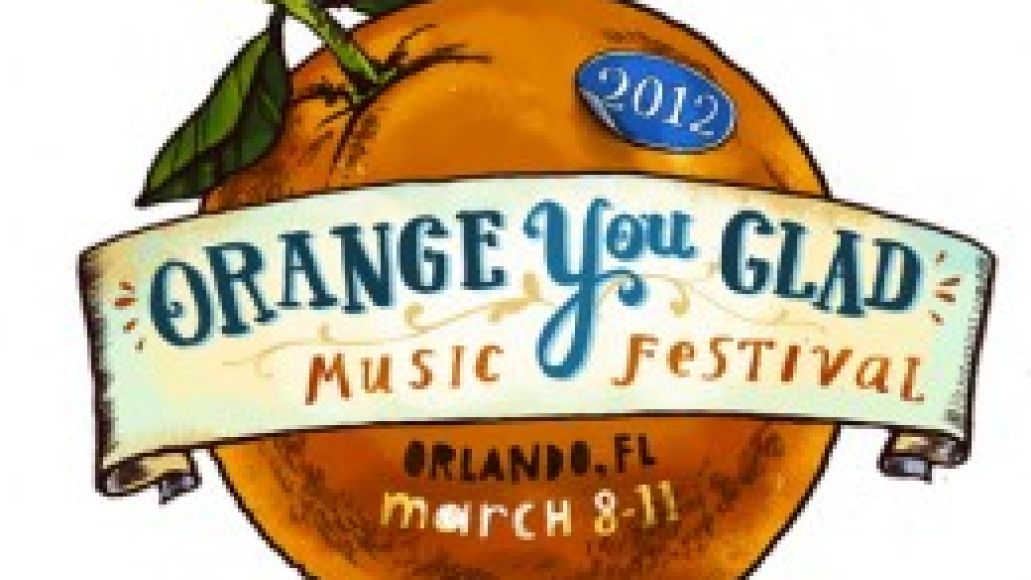 Orlando is a city in a constant artistic struggle. Nestled in between the Touristopia of Disney/Universal and dense suburban sprawl, is the real Orlando: Audubon Park, Mills 50, The Milk District, Little Saigon – older buildings, posh intermingling with grunge, eclectic food, and a clutch of authentic venues and businesses devoted to being purveyors of local culture. In the past, art and music movements have flared up in this town and then just as rapidly dispersed, but now things are changing. Something has stuck. The culture scene in Orlando is flourishing. With the Festival Republic’s recently-launched Orlando Calling bringing big-time music names into Orlando, it’s high time for an indie counterpoint. Enter: Orange You Glad.

Orange You Glad has been around since 2009 as a much smaller, more local affair. This year they stepped up their game to true festival territory – boasting headliners Cults, Tennis, Caveman, Everything Is Terrible and a roster of 60+ acts over five days. Every day took festival goers to a different part of town, be it a three-band show, or an evening of pub crawling to myriad venues down Mills Avenue. We’ve got to tip our hats to the festival curators – from what we witnessed there wasn’t a dud act on the bill. Whatever the genre, whatever the notoriety, the quality of the bands ranged from good to fantastic. We came in unfamiliar with many of the names and walked away with a new up-and-comers to obsess over.

The fest’s first days offered an enjoyable variety of show-going experiences, leading up to the weekend. Wednesday kicked off Orange You Glad with a Grimes-headlined party at Backbooth, the only show directly in Downtown Orlando. Thursday was a night of fun over four venues down Mills Ave. Friday was less of of a fest and more of a stand-alone concert devoted to Cults and their two openers. Saturday and Sunday were legit festival days starting in the early evening/ afternoon with shows scattered throughout gay bars, pubs, galleries, parking lots, and holes in the wall. Saturday was the biggest day, a more immersive Mills experience featuring six venues (including the CoS stage), food trucks, and lots of late-night street walking, while Sunday hung out in the Audubon Park district between two stages.

The outdoor stages proved to be a problem. Orlando was treated to some uncharacteristic Seattle rain over the weekend, particularly Sunday. Even a mild, manageable rain can kill small festival attendance and Sunday’s turn-out, particularly at the big outdoor stage, was sparse. Things got wet enough that the final three acts, Zambri, Hospitality, and Tennis, had to be moved blocks away to Will’s Pub. Tennis’ originally-scheduled 8:30 p.m. festival-closing performance became 11 p.m. on Daylight Savings Time Sunday. Despite the rain, despite the move, and despite the heavy delays, Orlando turned out in a big way to the last show – ending the weekend with energetic dancing and impressing the bands with their dedication.