Both were instrumental in the British punk rock explosion; Matlock wrote much of the Pistols’ iconic Never Mind the Bollocks, Here’s the Sex Pistols before getting replaced by Sid Vicious, put in some solid work with the underrated Rich Kids, and currently plays bass in a Mick Hucknall-helmed version of the Faces, while Cornwell led the Stranglers to ten hit albums and twenty-one top 40 singles and released a number of acclaimed solo records.

A small, dedicated audience came out to Los Angeles’ Echoplex for the match, braving the torrential downpour outside for a chance to see the legendary pair in an intimate venue at the tail-end of their month-long North American tour. 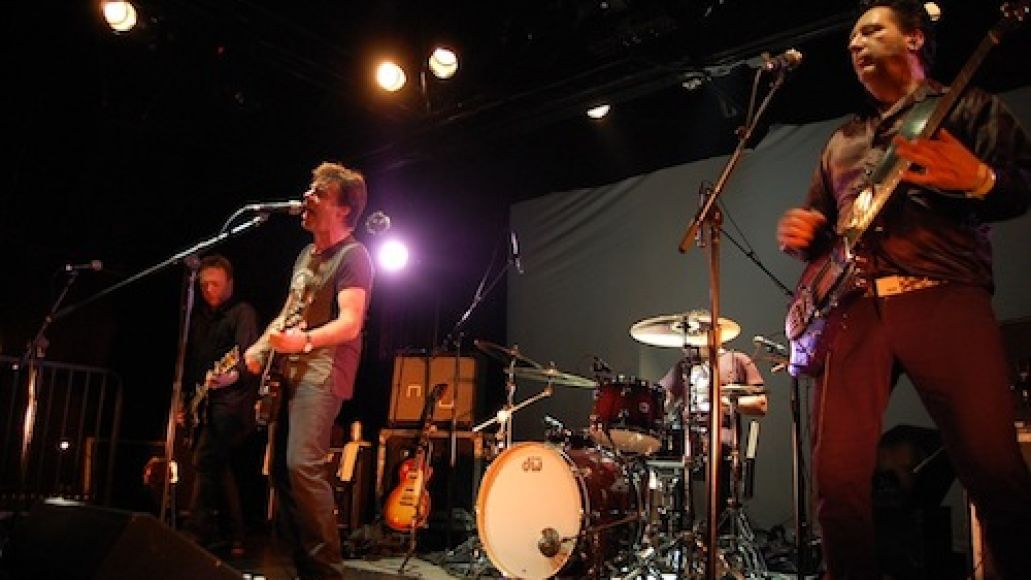 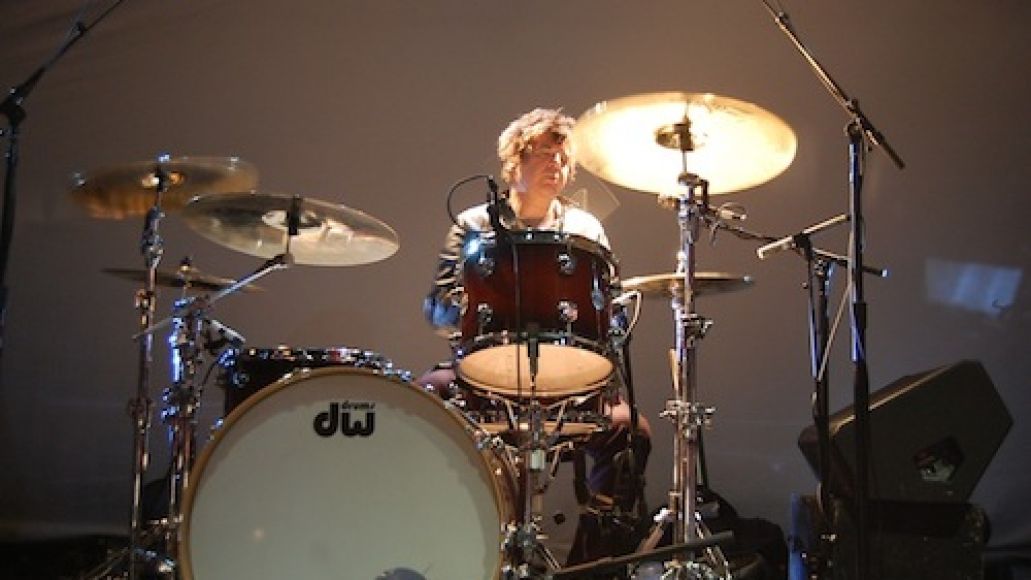 Wearing a skull and bones “Too Fast To Live, Too Young To Die” shirt, Matlock toured through both new and old material in his all-killer hour-long performance, knitting together recent songs, such as “Somewhere Somehow” from his 2010 release with the Philistines Born Running, with Sex Pistols staples “God Save the Queen” and “Pretty Vacant” and Rich Kids tracks “Burning Sounds” and “Ghosts of Princes in Towers”. Punks young and old sang along through it all.

When the dust settled, Cornwell—also backed by Burke and Fishman—took to the stage. An incredible guitar player after all these years, he was in top form on Saturday night. With his thinning hair, Cornwell looked considerably older than Matlock, who’s only seven years younger than him, but he’s still got some serious muscles at 62. 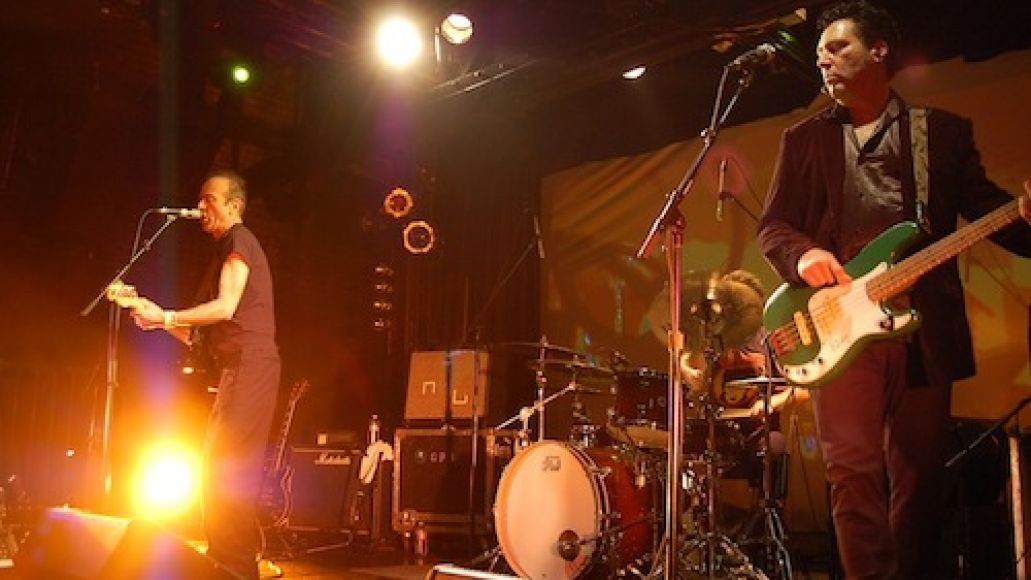 He played some new songs, mixed in with several of the Stranglers’ hit singles from the late ’70s and early ’80s, which have aged quite well. Originally released in ‘77 on their Rattus Norvegicus LP, the notorious “Peaches” got all the old punks in the crowd worked up. I never thought I’d have the chance to see him sing “Golden Brown”—the song that turned me on to the Stranglers so many years ago—live, and it was such a relief that it still held up three decades after its UK release. He looked surprisingly comfortable stepping into the Stranglers’ tracks given his stated desire to throw off the “dark blanket” he’d been under for nearly 20 years while in the band. The set wasn’t without a few moments of bitterness, though; particularly biting was “Lost in Daily Mail Land,” a scathing attach on the British bottom-feeder rag. 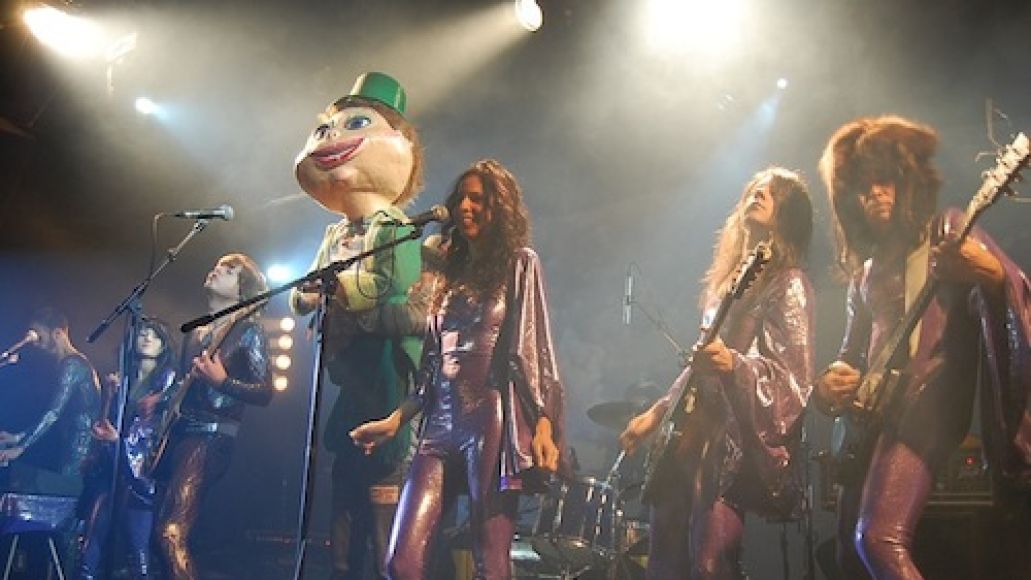 “Wait, don’t leave yet, we’ve still got another band,” one of the Echoplex’s techs said anxiously after the Matchlock-Cornwell match ended. Most of the audience hit the road immediately, despite his announcement; as much as I love Fancy Space People—they’ve got ex-Germs/45 Grave drummer Don Bolles in the band, probably my second favorite L.A. freak after Runaways manager/producer Kim Fowley—who needs them when you’ve already got two one-hour sets from a couple of UK punk/rock legends? Maybe three-dozen people stuck around for the psychedelic glam rock closer.

Fancy Space People finally played around 1 a.m. after a frustratingly long break. (Maybe they thought they’d wait and see if they could get a few stragglers into the venue before starting?) But it was worth the wait. The eight aliens known to us Earthlings as Fancy Space People were dressed in purple glitter body suits, with singer Nora Keyes (of the Centimeters) raising the dead in matching batwings and Bolles stalking the stage in six-inch platform boots. It was a fantastic piece of performance art; they’ve clearly learned a thing or two about how to put on a stellar show since Billy Corgan plucked them out of obscurity and took them on tour with the Smashing Pumpkins last year. 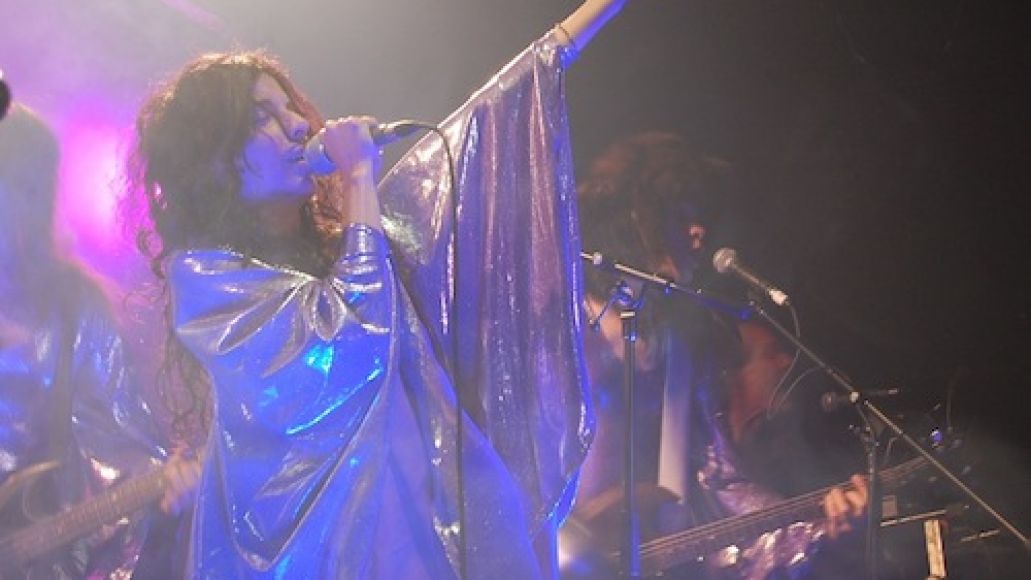 If seeing a Sex Pistol and a Strangler in a small club for under 20 bucks wasn’t mind-bending enough, Fancy Space People made sure we walked away feeling like we just experienced one hell of an acid trip.