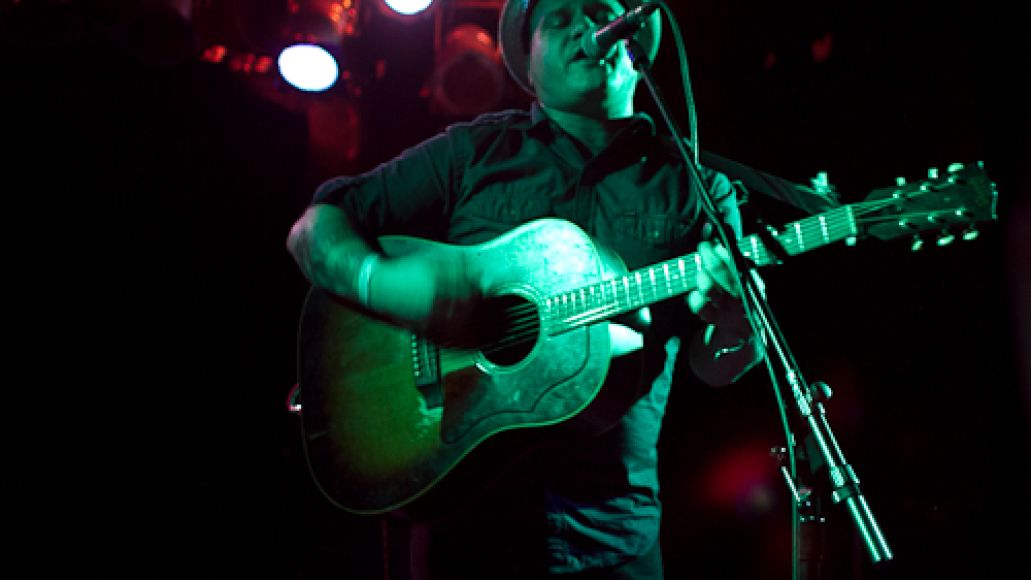 Most musicians touring in support of a solo album would play exclusively, or at least primarily, new material from that album. Matt Pryor is a man who apparently does not feel constrained by these conventions. Whether it was because he knew people would want to hear standards from his two popular bands, The Get Up Kids and The New Amsterdams, or because by the time the tour rolled into Chicago on its second-to-last stop, he was maybe getting tired of playing material from his recent May Day, Pryor played whatever he felt like, whatever people asked for, belting out an eclectic set at the Beat Kitchen.

In fact, he only treated the audience to two samples from May Day, which was rather a disappointment for those familiar with the new album. Nobody who would come out to see Pryor play solo, though, would complain about GUK or New Amsterdams material, and so it was that fans smiled and sang along, bouncing in place in the tiny, stickered-up back room so crowded and ratty that it felt like a secret show in someone’s basement. 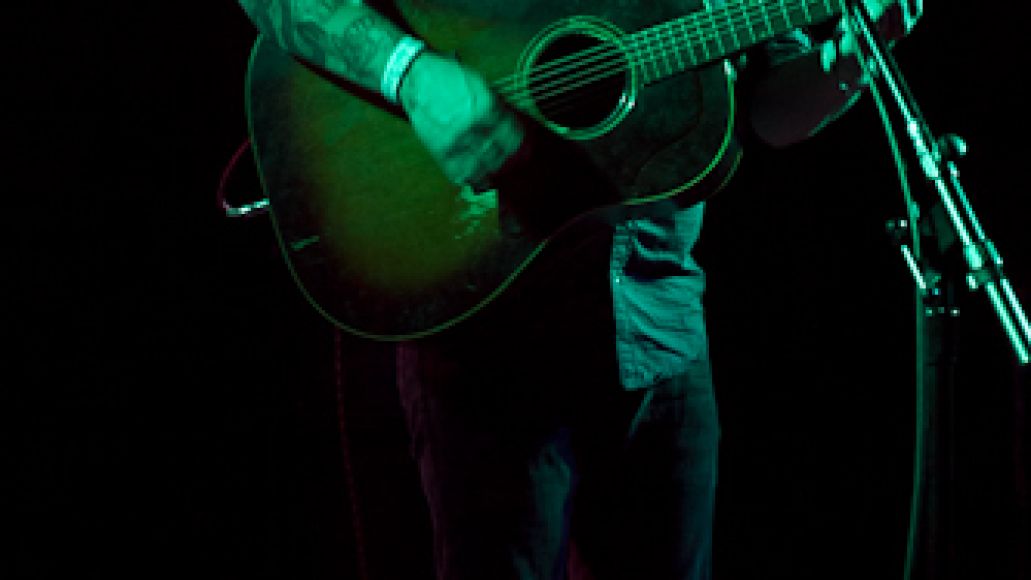 There were some drunken louts loud-talking at the back, but Pryor paid them no mind. A practiced showman by now, he belted heart and soul into the microphone, at times almost shouting, the trademark dark curl to his low notes threatening to overwhelm him at times. His energy lent May Day’s “Where Do We Go From Here” a fast-burning jolt that kicked the track up into pure rock androll. “Better Half” is an old favorite, but this rendition was hoarse, raw, Pryor almost shouting the tender lyrics. “Confidence Man”, the title track from his first solo effort, rolled out smoothly, one of the best moments of the night.

He was in good humor towards the end of his tour, telling jokes to the audience as he tuned fresh strings. “How many emo kids does it take to change a lightbulb?” he inquired cheerfully. (The answer: “Fuck ‘em. Let ‘em cry in the dark!”)  He closed his set with a run of GUK favorites (including a stirring rendition of beloved b-side “Mass Pike”) before stationing himself behind the merch table to sell his own records and take photos with fans, the perfect ending to a heartfelt and unpretentious night with one of the best songwriters in the game today.