On an unseasonably cold, wet evening in Brighton on the English south coast, The Prince Albert at least offers a touch of old-fashioned warmth. This cheerily shabby Victorian pub boasts a small gig room upstairs, which on March 4th hosted up-and-coming five-piece To Kill A King, nearing the end of their first UK headlining tour. The published room capacity of 100 did not inspire confidence; indeed, the last time I tried to see a band here during the May Music Fest known as The Great Escape, I couldn’t get through the doors such was the queue. Thankfully, on this night the venue was busy but not uncomfortably full, and a knowledgeable crowd warmed up by able supporters 900 Spaces and Glass City Vice waited expectantly for the Kings’ coming.

The room is small enough almost not to need a sound system. As if to prove the point, To Kill A King began in front of the stage with an unannounced unplugged number delivered by frontman Ralph Pelleymounter on acoustic guitar and lead vocal, with the rest of the band offering up unnervingly accurate harmonies. It was a stunning opening that scarcely prepared you next for the full electrics of “Cold Skin” as the five members took up their stage positions and just about fitted on it. The song was given a more expansive treatment than on the record, packing power and punch at every turn. Having swallowed hard after the acoustic opener, it was now time to marvel at the clarity and precision of the ensemble. 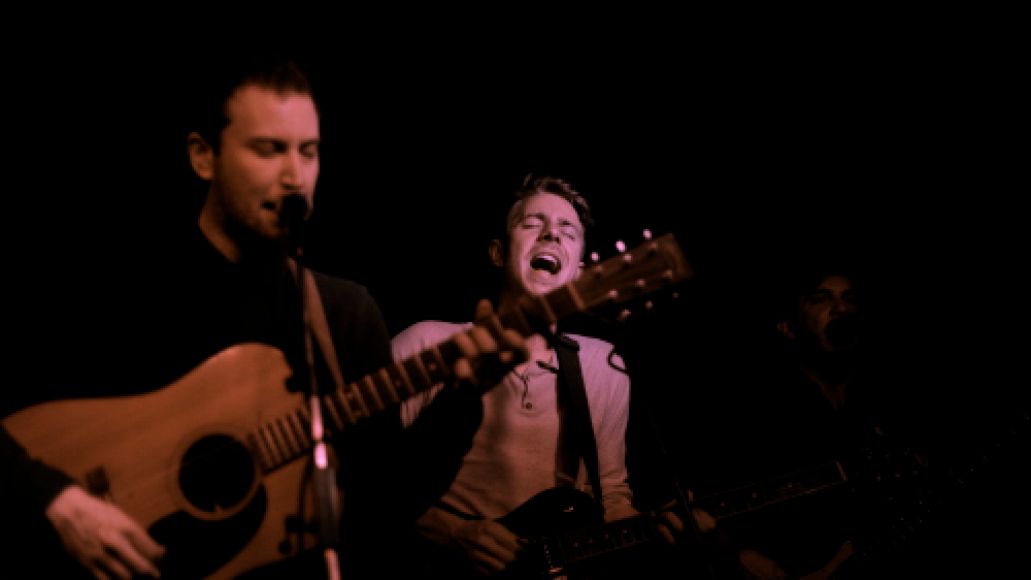 Continuing with the bass-driven “Wrecking Crew” from the My Crooked Saint EP, Pelleymounter’s colourfully rich drawl glided across lyrics on the futility of drink addiction and abuse passing down generations, accentuated by slurred inflections. The band really cut loose while maintaining a laudable underlying control. On the more stripped-back builder “Fictional State”, light, shade and subtlety gave way to an unexpected guitar fest as Pelleymounter switched to Gibson and traded fast licks with lead player Ian Dudfield.

Whether it was a genius behind the desk or the band’s set-up and awareness of dynamics – most likely a combination of the two – the sound quality throughout the set was extraordinary, particularly for a venue of this size. The crowd got that too, and there was a joyous, almost revivalist response to every song, a sense that we were collectively witnessing something quite special. Pelleymounter extended his expressive baritone to the highest notes at times, and the collective falsetto harmonies offered up by the entire band during the fast-riffing “Moon Envy” provided another standout moment.

The band trades in strong hooks, and this helped less familiar material feel immediate without triggering a rush of comparisons. Indeed, To Kill A King does not sound exactly like anyone else. “Bloody Shirt” and “Funeral”, with bass player Josh Platman demonstrating yet more dexterous runs, provided further evidence of the strong writing that runs through all the band’s work. Throughout the set, John Willoughby on drums and Ben Jackson (synth and keys) contributed energy and precision. 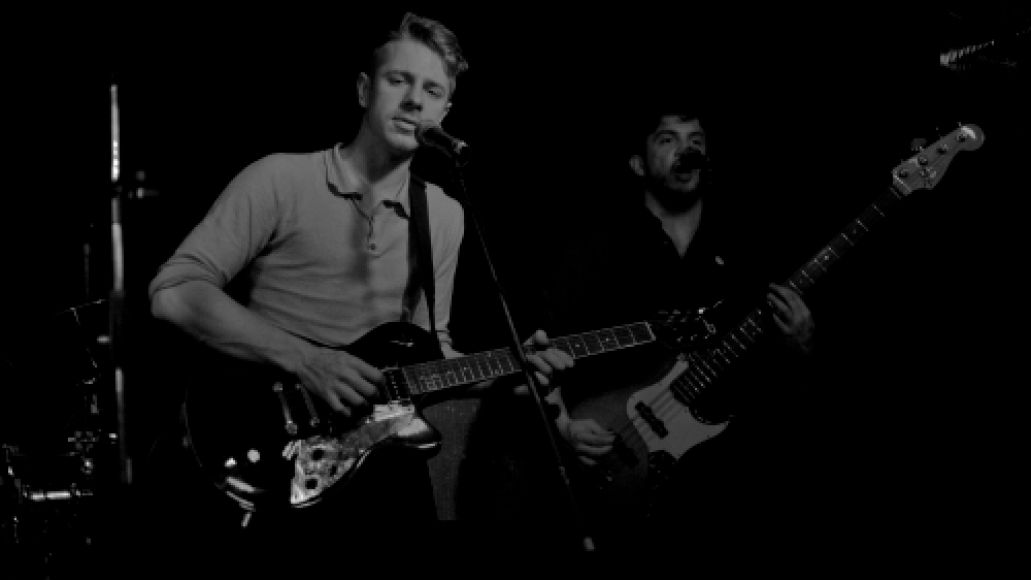 Pelleymounter used open tunings on this acoustic, and the omission of “We Used To Protest/Gamble”, seemingly because of the lack of a third ready-tuned guitar, was a shame. Hopefully that won’t be a persistent problem, as this is a band on a steep upward curve. The stirring builder “Family” proved a perfect encore, with the impassioned repeated refrain “you are my blood” adding poignancy to a song dealing with a familiar rites of passage theme, that of returning home to find things are not quite the same as before. It will be a surprise if To Kill A King do not leave a similar mark on 2012.

Live Review: To Kill A King at The Prince Albert in Brighton, UK (3/4)