Over the last 14 years, Pickathon Music Festival has grown into a premiere summer destination for music lovers and performers alike. Zale Schoenborn started the scrappy festival with his wife, family, and some friends, and a continued family-run mentality has kept it a unique experience. Situated on Pendarvis Farm outside of Portland, OR, Pickathon’s five core organizers have designed unparalleled sustainability efforts and a community atmosphere that has musicians and fans returning year after year. With another indie-all star lineup, neigh perfected greening practices, and their projected first-ever sell-out, this year might be the festival’s finest yet.

To find out more about the festival, its lineup, its sustainability programs, and its future, we called up Pickathon’s Executive Director and co-founder, Zale Schoenborn.

The festival has worked hard to stay at a relatively small size. To maintain a moderate breadth while continuing to grow, they’ve taken a pretty obvious, yet atypical, route: ask the people. “We said, should we raise ticket prices and keep it like, not growing, but we could get there that way? Or should we just keep ticket prices really below that half price of our standard, which is like Sasquatch, Bonnaroo, and just keep growing it. I don’t think there’s one person that didn’t want us to just raise ticket prices, because they thought it was still a super price.”

They also recently asked their audience how the camping situation should change on the ground. “And why not? Like, why throw shit down people’s throats? There’s a great tweet out there that somebody said, ‘If all the comments were like Pickathon, then shit would get done.’ We trust people. It’s common sense, and more kinda like where most people are these days. So we love kinda muckin’ with all these big kinda taboos about how you should do things.”

In addition to growing prices, they’re also planning on growing their digital presence. Last year, the festival recorded the entire proceedings for a free, “hi-fidelity” broadcast of each stage on Seattle’s KEXP. Capturing performances in such high quality originated from plans to launch a record label (!!!), but Schoenborn saw even more potential.

“This year it’s still gonna be free. And then grow it like crazy, like 25, 30,000 people watching it. And then we wanna get it into the 50 going towards 100. Then that’ll actually sustain itself and create this super high quality, amazing production that you could buy a pass for Pickathon before or after.” Imagine an entire six-stage music festival that would survive digitally, for a price, after it had ended physically. As Schoenborn said, “We’re not Live Nation, we’re not C3, we’re not Superfly, we’re none of the big boys. But we’d play a big boy on TV.” 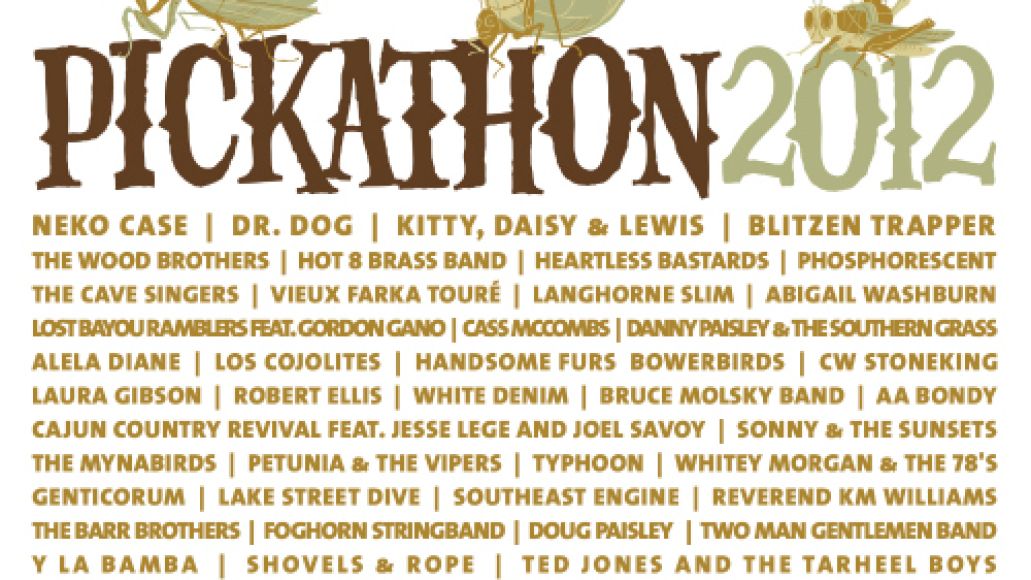 Superfly may dwarf Pickathon in stature, but the team behind Bonnaroo recently reached out to the smaller staff for some advice. One of the Portland festival’s claims to fame is its entirely plastic-free experience, a concept ‘Roo is looking to adapt.

“It freaks people out to say ‘getting rid of plastic’,” Schoenborn admits. “We got rid of almost 50,000 plastic bottles the last year we had plastic. A festival like Bonnaroo’s size, it’s millions. Millions of water bottles. So you basically have to reuse something; you have to have your own cup.” While that sounds easy enough, it’s a frightening concept for ‘Roo-level events. “We’re trying to basically work with other festivals and convince them it’s not a crazy idea, it totally scales. I don’t know if people believe it translates to them.”

While the idea “ran out of runway” this year, Schoenborn is confident a plastic-free Bonnaroo is a real possibility. “We had it totally designed out. You just need water trucks, which they got, they got water. And on the beer side, instead of throwing away compostable cups, we sell a stainless steel beer cup and a way for you to clip it on your belt. It’s not that big a deal. It just isn’t. You have a cup, and you rinse it out if you want to, but you just pour beer in it, and it’s fine. And then there’s not garbage on the ground.”

Pickathon also implemented a new dish washing program. Essentially, a token gets you a delicious portion of local fare atop “a totally awesome product made of bamboo – biodegradable – and bamboo utensils.” You drop that reusable dishware at a dishwashing station, pick up a new token, and the processes repeats. You can even take the product home at the end. “It makes sense. [The attendees] aren’t pissed off; they feel involved. That’s the crazy, most ironic thing. When we start mucking with the social order, we try not to make it a drain on everyone else, which I think seems unreal. We say, “Look, people will be happy. You’ll have this huge sustainability impact, and it’ll actually essentially make money on your scale.’ They’re like, ‘No.’”

Schoenborn is aware that profitability “will likely be the one thing that wins the day,” but says his faith in people tells him it will happen eventually. Still, he says, “the festival isn’t even about that; it’s about the music. It just kinda feeds into your ability to enjoy yourself. I mean, look, there’s no trash! It just becomes another reason to relax and chill.”

With the initial lineup, there are currently 40-plus other reasons to relax and chill at Pickathon. Schoenborn says they generally disregard crowd-drawing power when booking talent, and the Pickathon staff has a unique way of “curating” the festival. Much like they reach out to their audience, they’ve gathered top 20 lists from musicians, bloggers, and friends across the musical spectrum asking, “what’s the red meat in [your] world? What’s the coolest thing you’ve ever seen that’s going on right now?”

A collection of some 600 albums culled from those lists led to some pretty interesting unknowns on the lineup. “Kitty, Davis & Lewis is a huge band in England. They opened for Coldplay last time they were in the States. They headline big festivals all over Europe. But they’re completely unknown. They’re these super cool kids. They’re kinda like very fashionista, Avett Brother type kids. They’re just a freak of nature. When you see them, they’ll blow you away.”

Schoenborn also mentioned The Hot 8 Grass band from New Orleans’ ninth ward, “hardcore, experimental Cajun band” Lost Bayou Ramblers with Violent Femmes’ Gordon Gano, Vieuz Farka Toure, and Los Cojolites, whom he calls “the Avett brothers of their mountainous region in Mexico.” He continues, “We pulled this crazy band out of Nova Scotia, called Genticorum. Zero draw. I got these guys from Alasdair Fraser and Natalie Haas, who just happen to be some of the most amazing Irish/Scottish players in the world. I was picking their brains and they gave me this huge list of Irish, Scottish and Celtic music. Right at the top of the Celtic list was this band Genticorum. They’re like rock stars in Nova Scotia, but they’re totally unknown.”

It’s true that Pickathon has a history of traditional musical styles, but it isn’t all about the underground roots acts. “I mean, half of these artists are all over Consequence of Sound. Cass McCombs, White Denim, Handsome Furs are an awesome band, Bowerbirds. It’s really all about all this music just mixing together and kinda blowing your mind.” 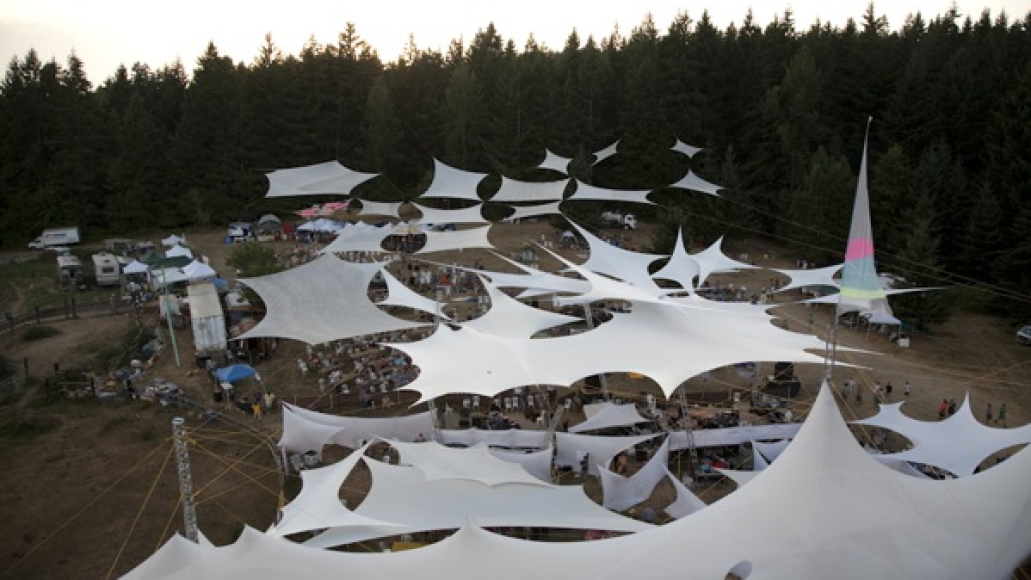 Expectations for this year’s experience are high, as the organizers predict their first pre-gate sellout. So we had to ask: why the confidence? “We’re kinda just going on a historic curve. And our lineup is still growing in terms of there were lots of things we couldn’t afford before. But this year, top to bottom is full of these freaks of nature. Like Neko [Case]; we’ve just never had anyone of that kinda level. She’s got two sets, one way out in the woods and then one on the main stage. It’ll be historic stuff.”

What it comes down to, says Schoenborn, is lineup plus atmosphere. “We try to keep it pure. We have no banners, nothing like that at the festival. If a sponsor wants to like plaster stuff, it ain’t gonna happen at this festival. [We’re] trying to do things that just feel right. It feels like we’re threading the needle and doing what people are hungry for. It’s kinda natural to us.”

“We’re in the top five or 10 festivals country wide in terms of [cultural festivals],” he concludes. “We’re starting to kinda suck some of the same oxygen [as bigger festivals]. And that’s our whole subversive plan long term is just, how can this scrappy little thing throw on this crazy music no one’s ever heard of, all mixing it up, do that? They’re not allowed to do that. It’s fun as hell; that’s where we’re coming from.”

The 14th annual Pickathon Festival will continue the fun this August 3rd through 5th. Tickets, complete lineup, and other information can be found on their newly redesigned (courtesy of Schoenborn’s brother, Eric) website at www.pickathon.com.