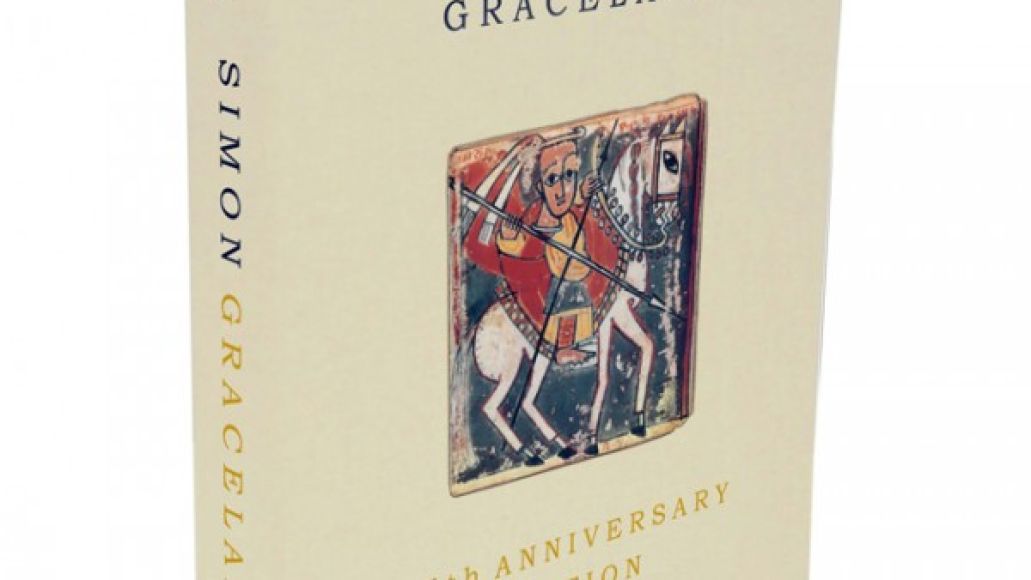 On June 5th, Legacy Recordings will reissue Paul Simon’s Graceland for its 25th Anniversary. The 1986 groundbreaking album will be re-released in a series on configurations, including a two-disc CD/DVD set, a Collector’s Edition Box Set, and an ultra-deluxe Box Set. Below you can view the full details on each variation:

Special Graceland 25th Anniversary Collector’s Edition Box Set – a 2 CD/2 DVD set which including the remastered original album, the “Under African Skies” documentary film extended interviews, the original 1987 “African Concert” from Zimbabwe, three original music videos and the iconic “Saturday Night Live” performance of “Diamonds on the Soles of Her Shoes.” The box set also features the audio narrative “The Story of ‘Graceland'” as told by Paul Simon, replicas of an original Graceland poster and a handwritten lyrics pad, plus a deluxe 80-page book featuring new and archival photos and interviews with Paul Simon. The box set also includes a special short audio documentary of Simon discussing the making of the record.

Graceland 25th Anniversary Edition Vinyl – This audiophile edition is remastered on 180-gram 12″ vinyl and includes an art-quality collectible Graceland poster and a download card with the full album plus three bonus tracks. It will be available beginning Saturday, April 21 at independent retailers worldwide participating in Record Store Day.

What’s more, to commemorate the album, Joe Berlinger’s documentary, Under African Skies, which chronicles the creation and lasting influence of Graceland, will make its ways into select theaters and eventually onto U.S. television. It will also be released on Blu-ray on June 5th.

Below, save your afternoon by rewatching the classic video for “You Can Call Me Al” below.