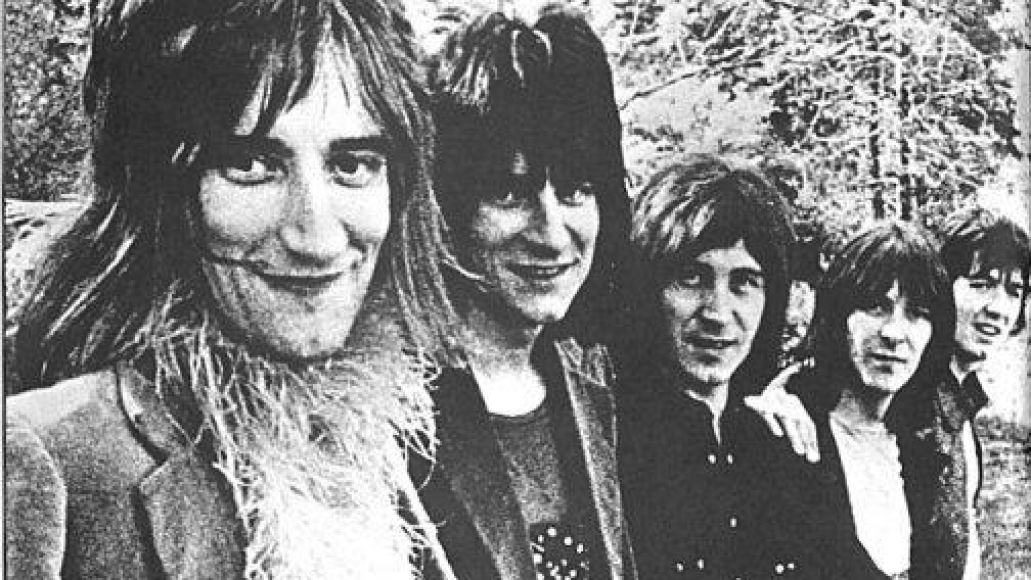 Formed in the wake of The Small Faces’ breakup in 1969, Faces comprised Stewart and Jones, along with The Rolling Stones’ Ronnie Wood, Ian McLagan, and Ronnie Lane. During their six-year existence, the band released four studio albums and toured regularly until Stewart left the group to pursue a solo career. In 2010, Faces reunited sans Stewart, who was unable to participate due to vocal problems.

Jones says the band has no plans beyond the Hall of Fame ceremonies, though they are open to the idea. “We’ll just have to see how it goes. I’d like to think there’s more to come, although it depends how everyone’s individual schedules are shaping up. But we’re all really looking forward to getting up on stage again, it’s been far too long.”

Watch Faces perform their biggest hit “Stay With Me” in the video below.