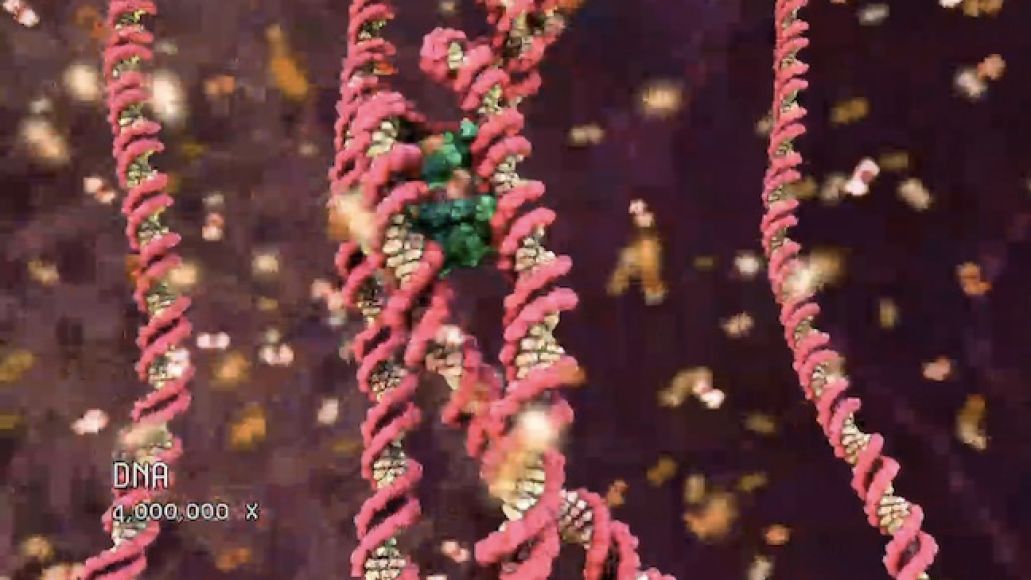 In a recent exchange with NPR, BjÃ¶rk described Biophilia’s ”Hollow” as the kind of tune to get you “thinking about your ancestors and DNA.” In perhaps the most literal move of her entire career, the Icelandic songstress offers viewers a front row seat to her own genetic makeup in the accompanying music video. Created by biomedical animator Drew Berry, the multi-colored molecular DNA strands and protein models seemingly shimmy and shake to the haunting beat, gaining more and more semblance of life the further we zoom. Watch it below.

BjÃ¶rk’s multimedia extravaganza, Biophilia, is out now via Nonesuch.