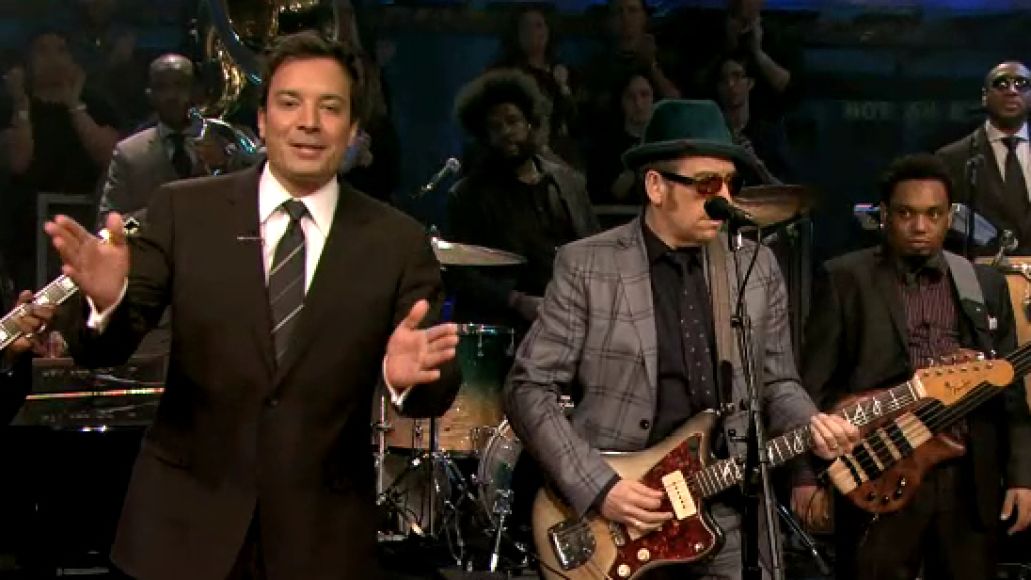 Jimmy Fallon’s week-long ode to Bruce Springsteen continued last night with a unique performance by Elvis Costello. With support from The Roots, Costello offered his own spin on “Brilliant Disguise”, one of the more popular tracks off Springsteen’s 1987 LP, Tunnel of Love, by injecting some of his trademark English soul into the original self-defeating Jersey confession-turned-ballad. It’s at a slower pace, but it doesn’t burn as much. Also, for a web-only exclusive, Costello reworked past live favorite ”Fire”, which originally came to fruition in the tumultuous post-Born to Run sessions and finally found a home on 2010’s The Promise. It’s pretty cool what he does with it, so check out both performances below, courtesy of The Audio Perv.