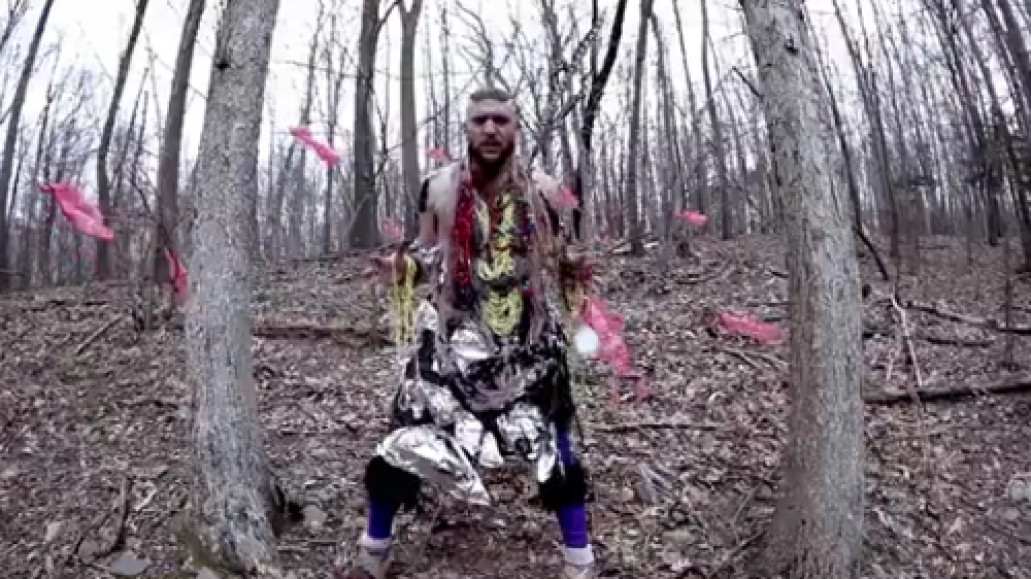 According to the U.S. Bureau of Justice Statistics, some 2.7 million adults were incarcerated in U.S. federal and state prisons at year-end 2010 (that’s .7% of the whole population, FYI).  New York psych-rock band Spirit Animal have found a likely solution to the prison system’s overcrowding in their music video for “Crocodile Skins”.

In the clip, frontman Steve Cooper plays a snow-breathing mutant Shaman who encounters the rest of the band, cast as escaped fugitives, and proceeds to incapacitate them with aforementioned snow breath. His solution to effective rehabilitation involves some neon paint, guitar solos, and a mess of crow’s blood. It’s a little messy, but it sure beats any more episodes of Lockdown. Watch the video below.

The band’s debut album, Spiritia Animalia, is due in stores sometime this summer.