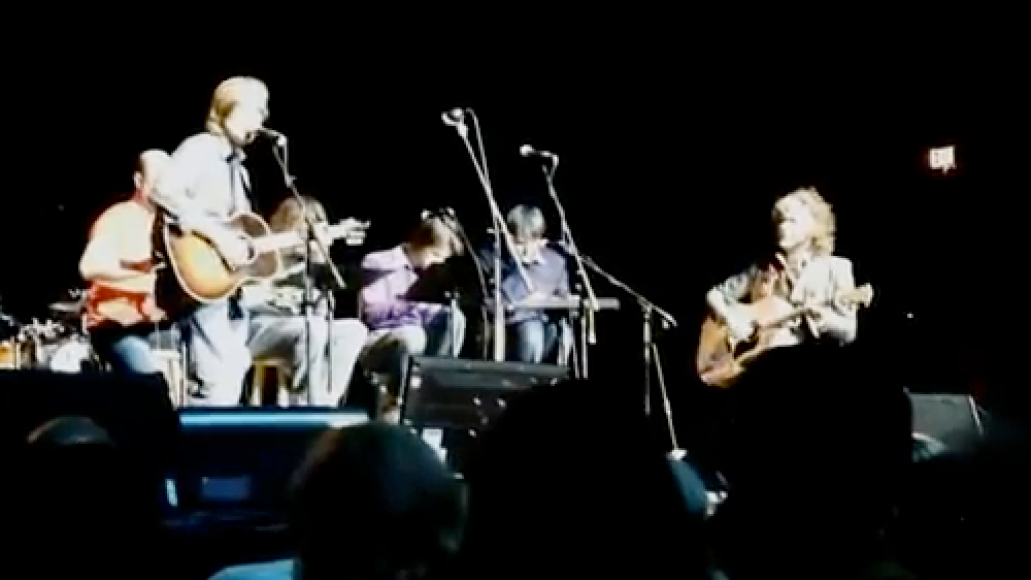 This year marks the 100th birthday of folk singer-songwriter icon Woody Guthrie, and a multitude of artists have been honoring the late musician’s legacy. Last weekend, the This Land Is Your Land tribute concert went down in Tulsa, OK. Oklahoma natives The Flaming Lips were part of the festivities, reinterpreting Guthrie songs on their new favorite instruments: iPads. Jackson Browne joined in, lending his guitar and voice to “Along in the Sun and the Rain”. Thanks to Psych Explorations of the Future Heart, you can watch the performance, including an iPad rendition of Oklahoma state song “Do You Realize??”, below.

Update: Thanks again to Psych Explorations of the Future Heart, here’s the rest of the performance: The Flaming Lips playing “Vigilante Man” on iPads.