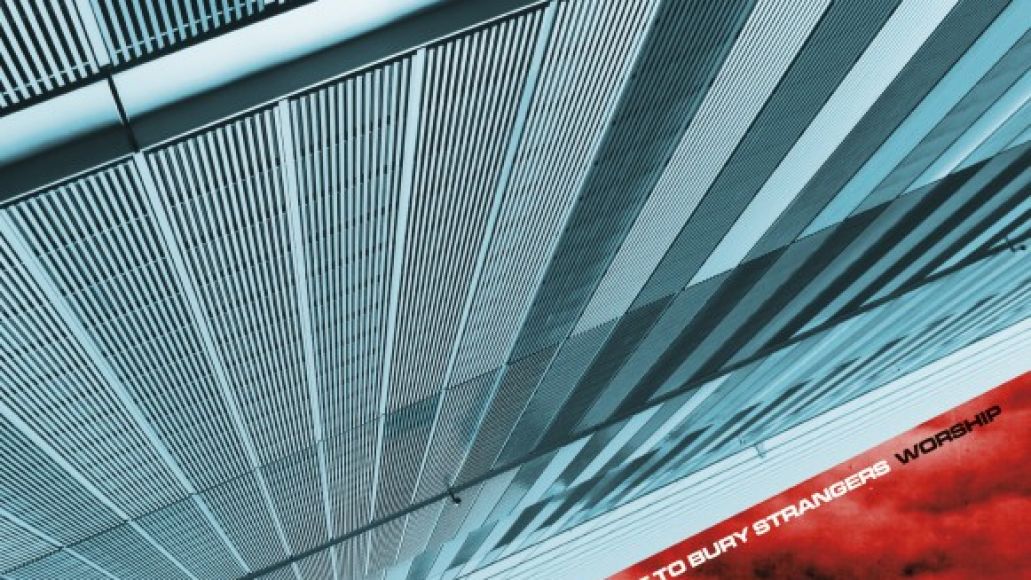 New York noise rockers A Place to Bury Strangers will follow up February’s Onwards to the Wall EP with the release of their third LP, Worship, on June 26th via Dead Oceans. The band describes the 11-track effort, which they wrote, recorded, mixed and mastered themselves, as “our vision of what music should sound like in 2012.”

“Every sound on the album is made by us and our tools; tools created by us, used on no other recordings, and purposefully built for this project. This is real,” bassist Dion Lunadon explains in an issued statement. “Some of it is the band being in complete control — bending, shaping and building the songs and the sounds. Other parts are the band relinquishing control and letting the songs and sounds take over and produce themselves. We are not trying to reinvent ourselves, but simply push ourselves further in all aspects of our music.”

Sonically, the album interweaves “threads of krautrock, dream-pop, and 80s goth without ever losing the edge that is quintessentially Strangers,” according to a press release. As a first listen, you can stream “You Are The One” below (via SPIN.com). The tracklist follows.