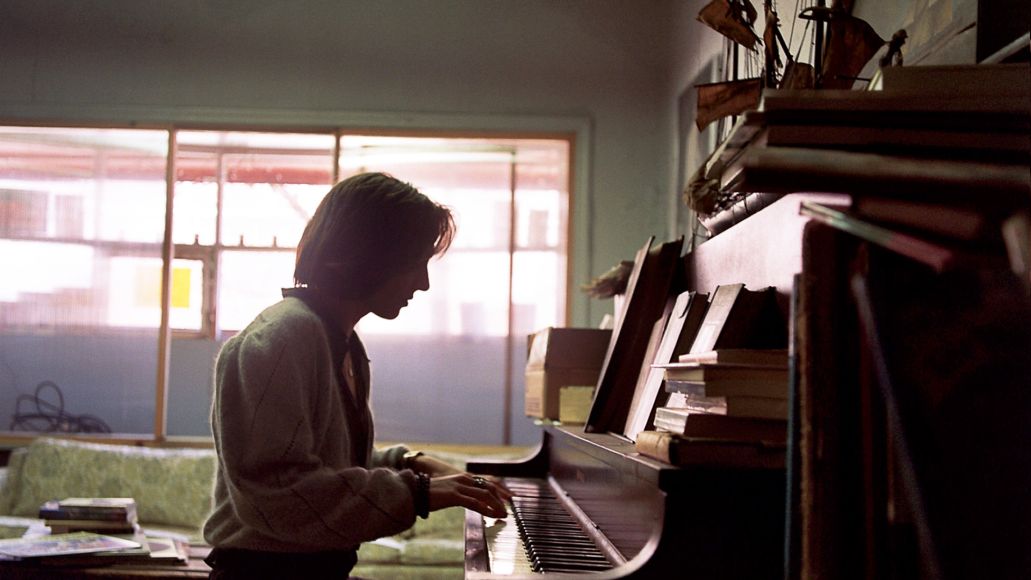 Presented by the non-profit Weathervane Music, Shaking Through is a documentary series with a simple, albeit daunting premise: indie acts are given two days to record one song. The series features 10 acts per year, with past contributors including Sharon Van Etten, Reading Rainbow, Twin Sister, Dreamers of the Ghetto, and more.

For the fourth episode of volume three, Brooklyn songstress Cat Martino teamed up with Sufjan Stevens and Man Man’s Chris Powell for the dark, electro-tinged “I Promise”. The track is more sinister than Martino’s past works, juxtaposing her warm, effervescent vocals with the swirl of menacing synths and various bleeps and echoes. Though haunting, the song’s core sentiment is romantic, with the protagonist fighting the weight of regret for the arrival of a brand-new day. Stream and/or download it below.

To see Martino discuss her creative process (“I liken building a song to sort of being like a kid that’s playing with figures or a child building Legos”) and the “playful” focus of her collaborators, watch the full episode below.