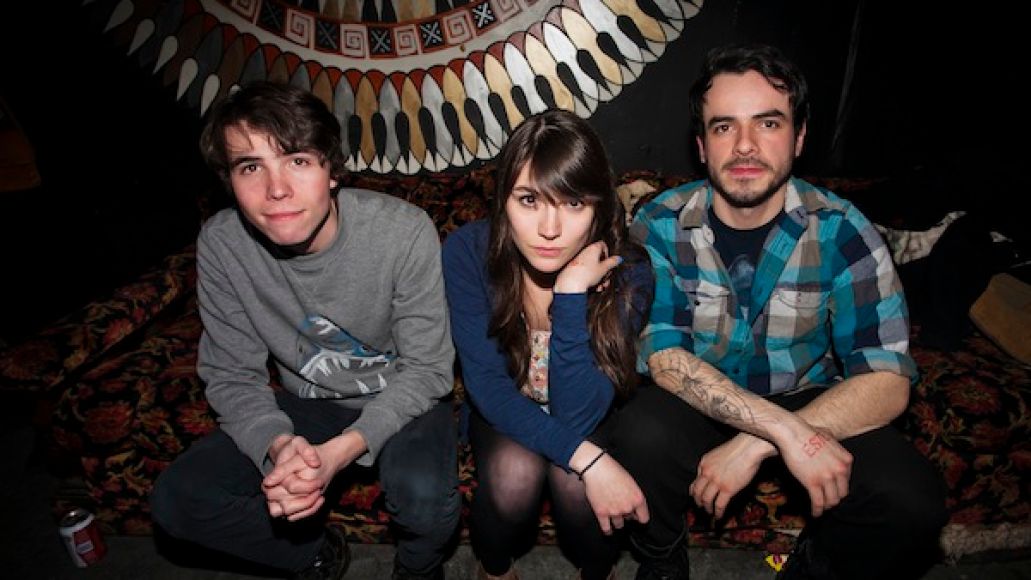 Island Twins is a Queens, NYC three-piece who formed early last year after singer/guitarist Erik Brauer enlisted the help of his sister Meagan and friend Tony Del Cid. Since then, the group has been slowly prepping tracks for their eponymous debut album, which they will self-release on June 1st. As a first listen, you can stream the track “The Wolfs Lair” below.

The track hears Island Twins exude the same controlled nonchalance of bands like Pavement and Neutral Milk Hotel, all while keeping their feet firmly-grounded in a charmingly power pop sound. It’s hard to believe that this is, to the best of our knowledge, only the second song the group has released. Amidst a cacophony of reverb-heavy guitars, Brauer croons, “The wolf’s lair is haunted, you don’t want to be there.” As if we actually needed a reason not to go for a stroll inside of a wolf’s lair.

Check Out: Island Twins - "The Wolfs Lair" (CoS Premiere)