Coachella 2012 weekend one kicks off in less than three days, and you’re going to need at least that much time to figure out a schedule. The festival has finally released this weekend’s set times and there’s a lot to consider: On Friday, do you see Pulp or Frank Ocean? The Black Keys or M83? Kendrick Lamar, Yuck or EMA? Saturday’s no easier: Godspeed You! Black Emperor is up against SBTRKT. Jeff Mangum play opposite St. Vincent. Andrew Bird faces off against Laura Marling. And, here’s a toughie, Childish Gambino plays the same time as Azealia Banks, who plays the same time as Destroyer. Then, on Sunday, you’re faced with Girl Talk vs. Beirut vs. Company Flow, Wild Flag vs. araabMUZIK vs. Thundercat, and Florence and the Machine vs. DJ Shadow vs. Modeselektor , which is only really an issue if you choose to skip At the Drive-In opening for Dr. Dre and Snoop Doog (and Eminem.) 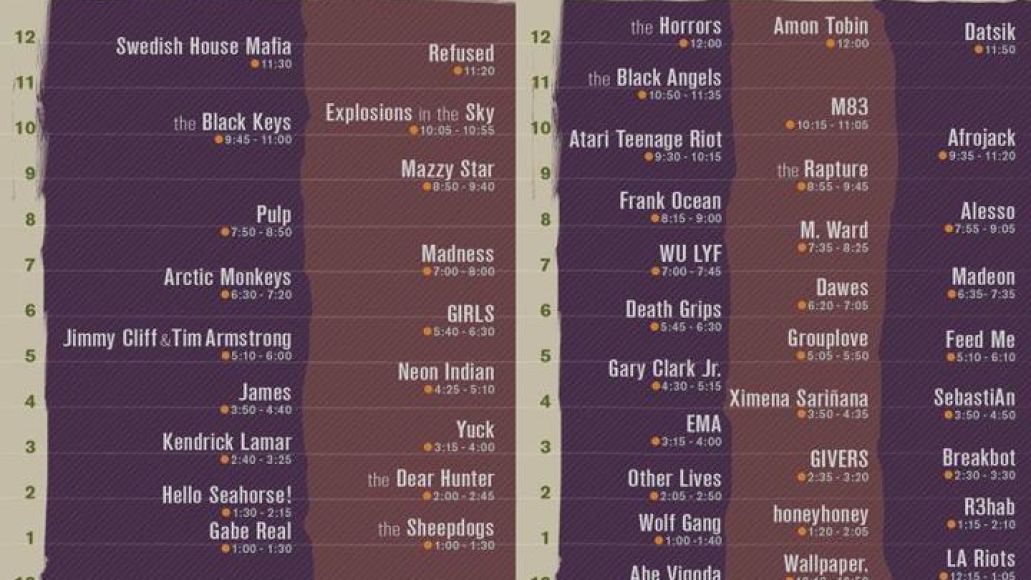 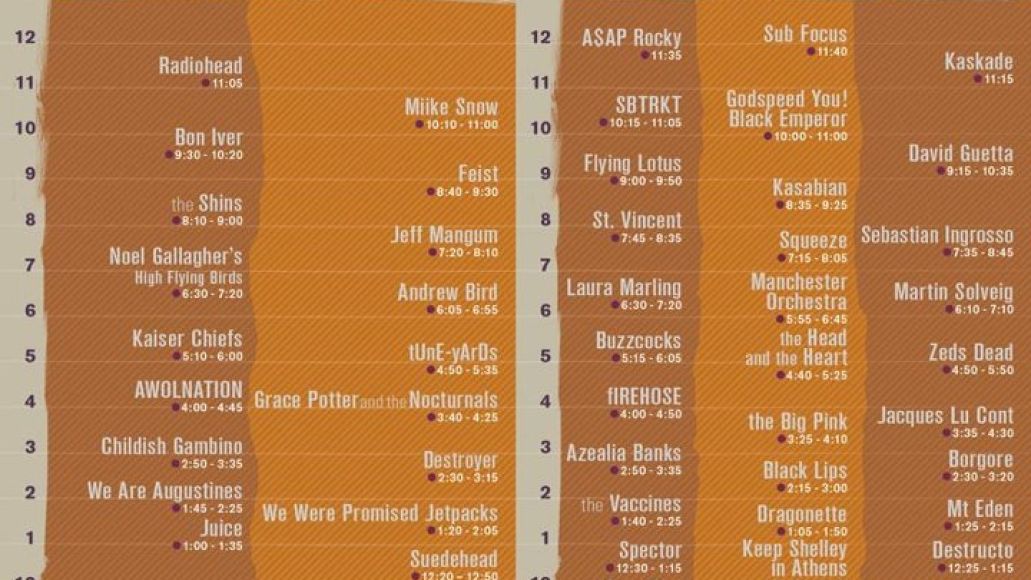 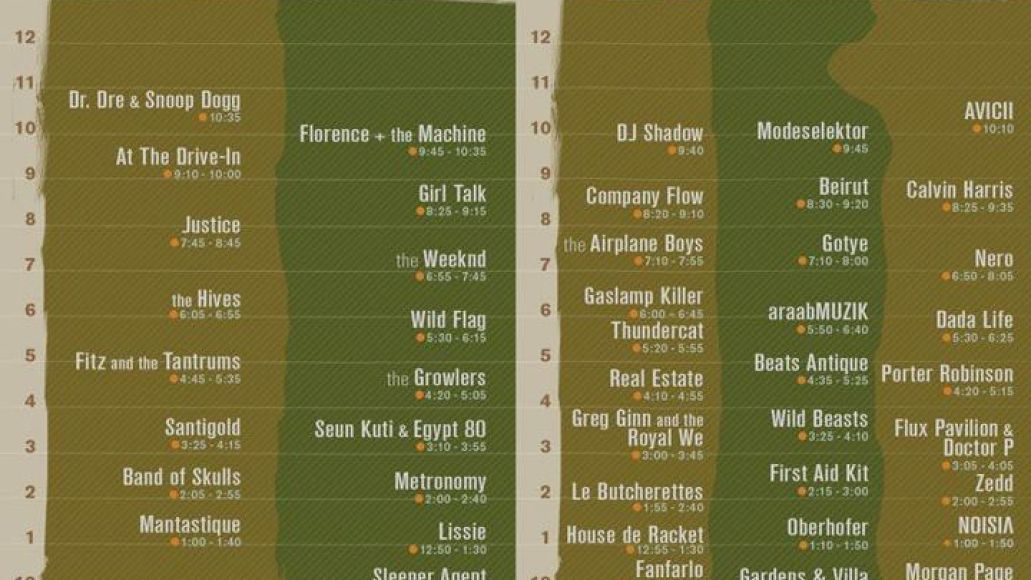