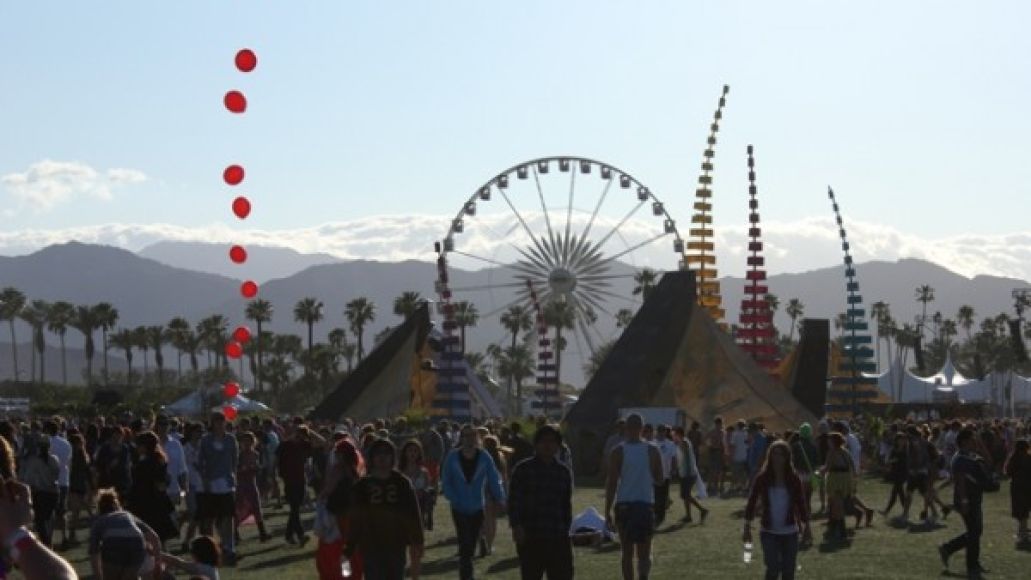 The first weekend of Coachella 2012 not only sold out in record time, it also drew a record crowd. According to NBC Los Angeles, 80,000-85,000 people attended each of the festival’s three days, up some 10,000 from last year (which was the previous record) and more than 20,000 from 2009. Question: Do holograms count as people?

As for weekend two, set times were revealed last night. Unfortunately, the festival will not webcast this weekend’s performances, but video from last weekend remains archived on YouTube.