“The first time I was here, I was 14 years old,” Jesse Elliott tells me as we’re climbing the stairs at Chicago’s Metro, seeking coveted balcony space to chat prior to their hometown gig. “I took the train in from Elgin with some friends to see Ben Harper. I saw all kinds of fantastic rock shows here as a kid… it’s crazy to me that we’re here now.”

“It’s a weird, awesome homecoming,” the Chicago native turned wandering bard says, “which are the best kind!” He’s played other Chicago venues, but the Metro’s stage is a first. The rugged front man of These United States, Elliott has been crisscrossing the country with his band mates, leaving trails of magnificent folk rock and narrative ballads in their wake. During a given tour year, These United States can accrue as many as 200 shows and 60,000 miles in travel between plane rides and their second van, affectionately known as “Evangalina II”. They used to split their time between Kentucky and Washington, D.C., but these days the members hail from Brooklyn, North Carolina, Kentucky, and Chicago. These sprawling roots have always contributed to the band’s traveling aesthetic; a great number of their songs center on frontier-esque poetry.

Five albums in, These United States have built a solid discography and fan base, but this tour they’re supporting good friends Trampled by Turtles. Their new album, a self-titled work, is due out June 12th and features appearances from members of Deer Tick, Frontier Ruckus, the Mynabirds, and more. These collaborations spawned from their constant touring and friendly network of genre peers. 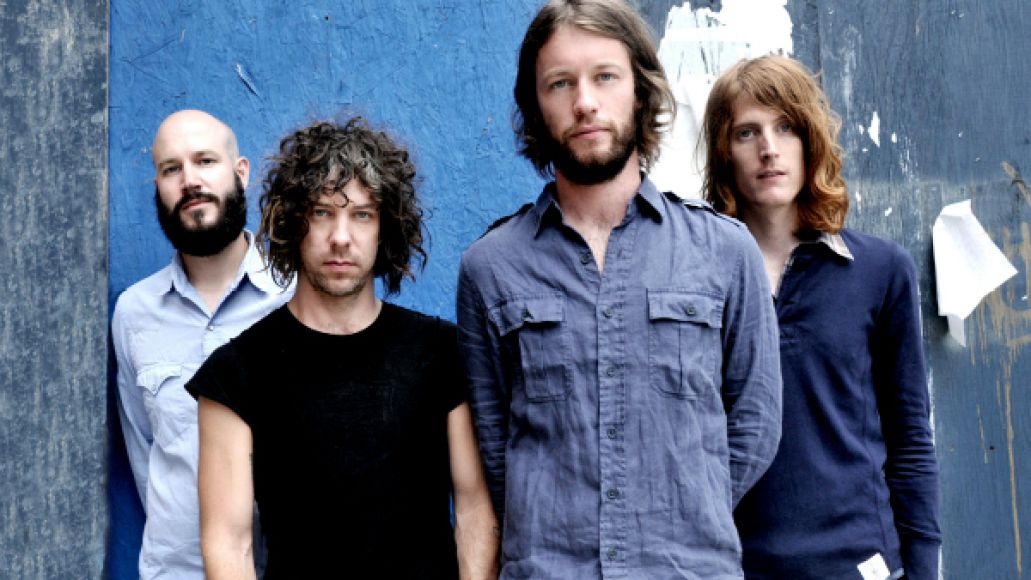 “Whenever somebody would be in town, we would have them sing a part,” Elliott says. “Basically, we just got to the point where we were like, ‘Oh, this is just becoming a collaborative album, and we like all of these recordings enough. Let’s keep these people that were very much a part of this process.’ It was a pretty natural evolution and grew out of our knowing most of them for four or five years and traveling all over the country and making music together.”

This collaborative spirit was alive and well Friday night at the Metro in Chicago. These United States blazed through their set of old and new cuts, sampling gems from their debut, A Picture of the Three of Us…, critically acclaimed third offering Everything Touches Everything, and their forthcoming album. Trampled by Turtles’ mandolin player Eric Berry and fiddler Ryan Young appeared onstage to fold in some furiously fingerpicked bluegrass to These United States’ rowdy brand of folk. The group effort on “Everything Touches Everything” was an aural upsurge of tangled mandolin, bright guitar, and supporting chorus from the crowd. 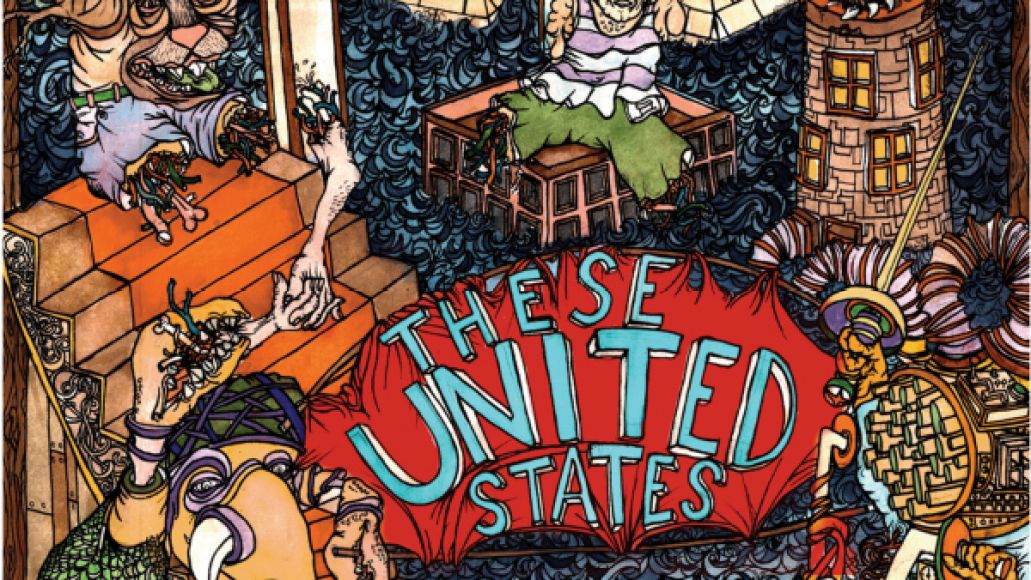 Constant travelers that they are, the members of These United States hardly look road weary but carry an air of troubadour wanderlust. Their songs are expansive, tightly wound stories that unwind across the whine of J. Tom Hnatow’s pedal steel, Justin Craig’s rambling guitar, Anna Morsett’s ambling bass, and Aaron Latos’ insistent drums. Each album has maintained a feeling of a desire to travel but consistently approaches the sound of sinewy highway routes fresh at every turn. “It’s definitely some of the same themes,” Elliott says, “The new album focuses on travel and landscapes and that kind of lonely life out in the desert.”

When I asked him how many miles a typical song might garner from inception to recording, Elliott’s eyes grew wide. “Holy shit,” he said. “That’s something. I probably traveled back and forth 50 or 60,000 miles just between the touring and the recording itself. The band: probably 20 or 30,000 of those miles. The demoing and the writing sort of became, or was already a part of, the touring and became part of the album. So it all sort of became a seamless mess of going back and forth.”

Movement is These United States’ creative fodder. Elliott writes in motion, leaving band mates and touring friends to improvise and write parts as they pin city after city on their maps over and over again. To shed light on this well-traveled writing process, they even offer a spliced together version of their lead single from These United States, “Dead and Gone”, tracing the song from a demo to a polished finish.

Near the close of their Friday set, These United States launched into “When You’re Traveling at the Speed of Light”, the final track from sophomore album, Crimes. Morsett nodded toward Elliott with the punching beats of the song as Trampled by Turtle’s Young unleash a choppy fiddle breakdown. Elliott fell to his knees, still pealing away with guitar in hand while the rest of the band pulsed with the tension of the song. The crowd was bumping with energy as These United States tore down the proverbial curtains by bringing out Trampled by Turtles’ lead singer Dave Simonett to the packed stage for a song before his own headlining set. It was a crashing end to what felt like the main event. The live fury and energy of These United States did not disappoint as Elliott and his band left the Metro stage, a successful seamless mess.