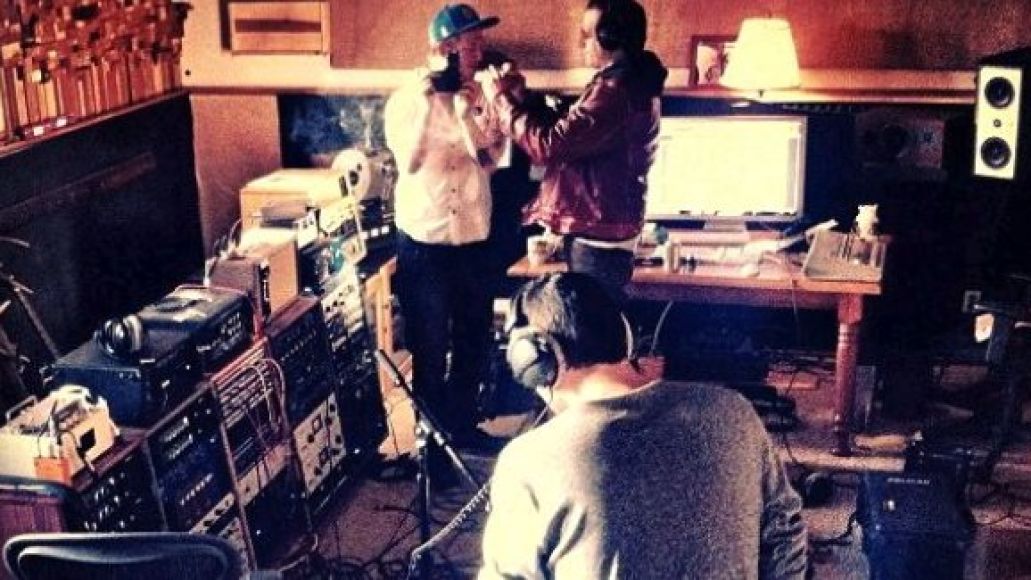 It’s a good thing that what happens in Justin Vernon’s cabin only stays in Justin Vernon’s cabin for so long. First, there was the mysterious joint effort with James Blake, “Fall Creek Boys Choir”, that remained under inscrutable wraps before eventually winding up on Blake’s Enough Thunder EP. Now, as The A.V. Club points out, Bon Iver’s frontman has a new collaborative project that began this past weekend at that same den of rapturous aural iniquity in the woods of Eau Claire, WI. This time, his partner in crime is Minneapolis-based intellectual rapper Astronautalis, a.k.a. Andy Bothwell.

In an interview with City Pages, Bothwell said the two musicians came to the conclusion that they were “hitting a creative break at the same time,” which logically led them to April Base for a weekend of Bushmills and Irish Redbreast-fueled recording. With the talents of Bon Iver drummer S. Carey and producer Ryan Olson (Gayngs, Polica, Marijuana Deathsquads), Vernon and Bothwell laid down eight pieces of music and eight hours of freestyling, respectively. Despite the quality of this raw material, Astronautalis stresses that it’s not going to be what everyone thinks it is:

A lot of fans are like, ‘Oh, this is going to be amazing: Astronautalis rapping and Justin singing choruses.’ It’s not going to be that… Everyone’s fans respectively are going to expect certain things… I think everyone should abandon their expectations of what it’s going to be, because it’s probably going to be very far off.”

Neither a name for the project nor a release date has been announced, although all the participants are “hell-bent on getting it out really quickly.” If you’re looking for more hints and/or evidence of the recording process, check out Astronautalis’ Tumblr, where the rapper posted studio photographs from April Base. As always, we’ll keep you posted as we get more information on this high-wattage collaboration.