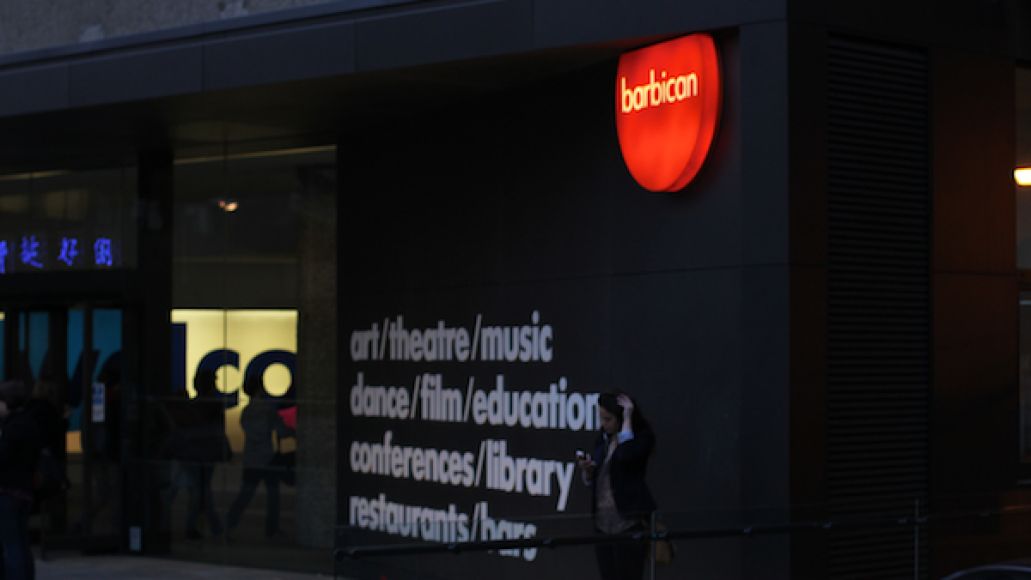 Before you get to London’s Barbican Theatre, you have to endure block after block of brutalist architecture. Not to offend fans of the style, but after the assault of right angles and imposing buildings, the billing in the Barbican was the perfect remedy.

John Darnielle described the collaboration between him and his idolized vocal quartet Anonymous 4 as “rock wearing classical clothes.” Something along the lines of a prog rock album with grandiose strings behind it. These juxtapositions, Darnielle’s semi-nasal voice and spastic ally strummed guitar clashing with Anonymous 4’s Latin-French vocal harmonies, may seem grating in writing. However, like the speed-metal song with an orchestra, the kitsch and sometimes forced nature of that sort of collage flies out the window and somehow feels natural.

Anonymous 4 is known for their interpretations of medieval music, and John Darnielle’s The Mountain Goats for…well many things. Walking into the Barbican, we were handed a program with the setlist already laid out for us, and took our seats in front of a stage with seemingly infinite depth. Lining the walls of the Barbican’s stage were beautiful woodwork, striving for acoustic perfection, and the perfect setting for what (the program told us) was about to happen. 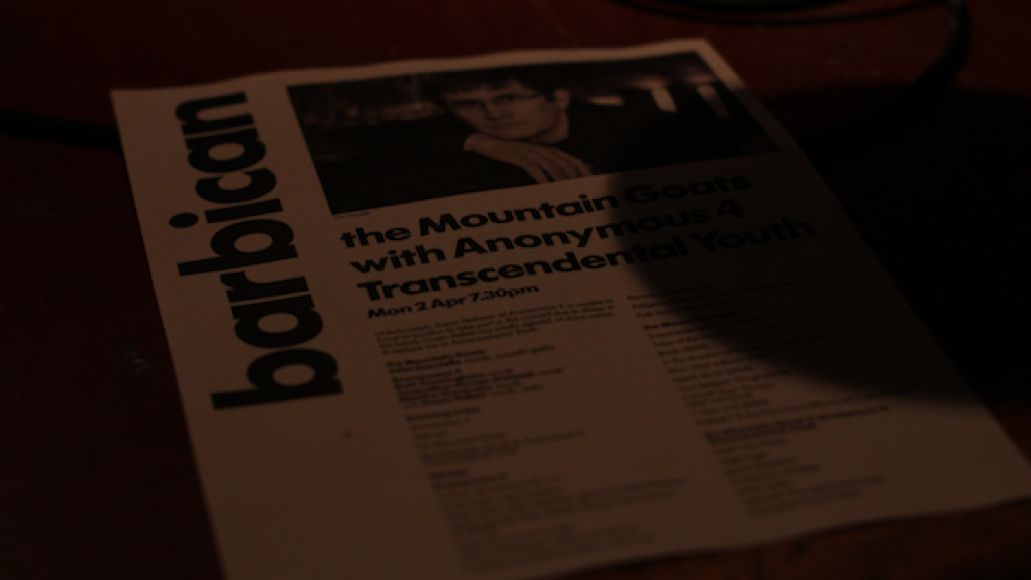 John Darnielle took the stage to introduce Anonymous 4, or for the night, Anonymous 3 and Owen Pallett. Sadly, one member of the four was unable to attend but the arranger of the music, Owen Pallett, offered to step in. The first couple of tunes, ranging from Lection to Motet had the three singing in French-Latin while Pallett sat behind them, watching intently. It was clear that he might’ve been a bit nervous to match vocal wits with the three when joining them for “Novuss Annus Adiit.” However, when he stood up and began to sing with them, his distinct tenor fit in perfectly, and it was nice to be able to pinpoint the male vocal against the other three, and it gave the songs more texture. After a couple more tunes, Darnielle joined to fill in the bass part. He seemed endearingly nervous and giddy at the same time, happy to be on stage with some of his idols, but nervous to be singing harmonies that wouldn’t normally be present in a Mountain Goats song. Don’t worry, it worked out very well, especially for the folk-y parting song before the five left the stage.

Darnielle took the stage and sat at the piano, the instrument he claims to be more proficient at because he can “play scales”, and fuddled with some papers. It was almost like watching your quirky English professor get ready for class, but when everything was organized, it all came together. “Hi, we’re The Mountain Goats” he said, and opened with a new tune, “Transcendental Youth” and then moved onto his guitar. A mix of new songs(labeled on the setlist as 2012) and hinted that we’d understand them better in the Fall. Guess we have a new album to look forward to then! 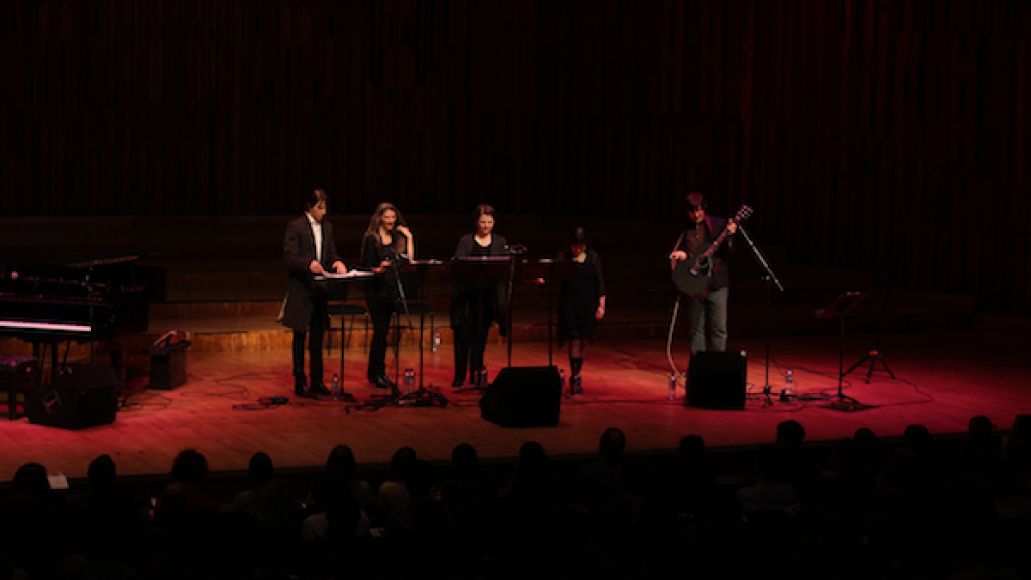 The acoustics in the Barbican were perfect to the degree that no one sang along to ruin the reverberations of Darnielle’s voice in the theater. He went through more Mountain Goats songs, with “Your Belgian Things” receiving the most applause. Being in the Barbican and listening to Darnielle’s vocal style was a lot like the juxtaposition of the brutalist architecture outside and the setup inside. While the acoustics were perfect, Darnielle’s voice and sometimes speak-sung parts of songs were a perfect foil to the original orchestral-catering of the venue. Something about the combination made the night seem perfect, like a successful experiment in contemporary music.

After 10 songs, Anonymous 4 and Owen Pallett rejoined Darnielle to play songs that Pallett and Darnielle arranged for the collaboration. “Lakeside View” was sung a capalla, with Darnielle in the middle, and was the highlight of the show. Darnielle’s hands shook and feet fidgeted in the most passionate way during the song, and it seemed like someone directing a church choir and delivering the most promising sermon you’ve ever heard. At some points the backing vocals of the 4  were just textural, and at some points they were untranslatable Latin that worked with songs like “In Memory of Satan.” At some points, it was like watching four Joan Baez-s dueting with Bob Dylan. All in all, the show was a trip.