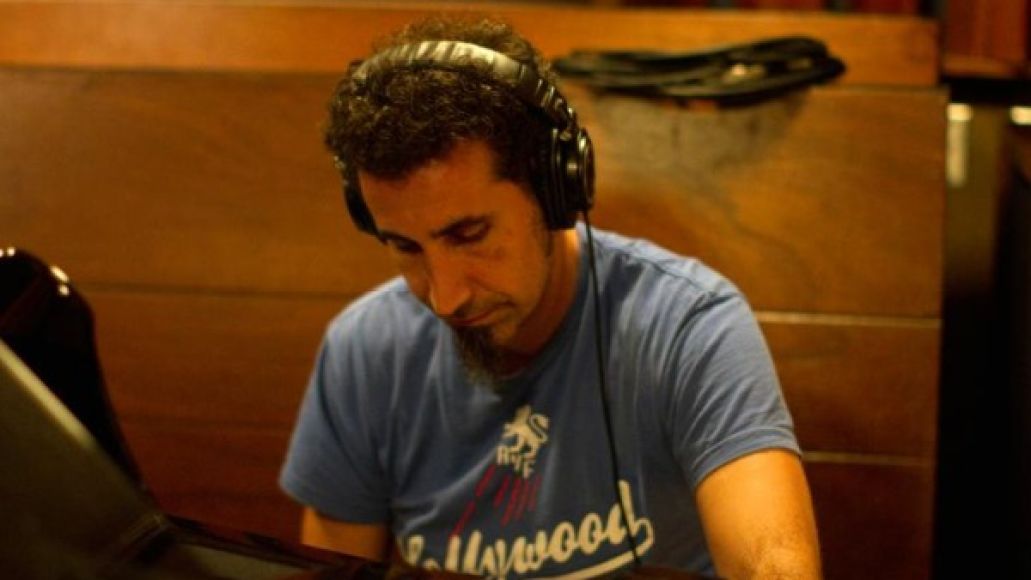 System of a Down frontman Serj Tankian will release his third solo album, Harakiri, this summer via Serjical Strike/Reprise Records. According to a press release, the follow-up to 2010’s Imperfect Harmonies was self-recorded, produced, and written with the aid of an iPad, and then recorded with his touring band The F.C.C.

The album was inspired by Tankian’s chaotic last year, which included a global tour with System of a Down, the debut of his rock musical Promethus Bound, and orchestral performances with both the Opera Orchestra in Yerevan and the Lebanese National Symphony Orchestra. The album’s title and core conceptual focus stemmed from a disturbing trend Tankian saw take hold outside his own otherwise successful personal bubble.

“The year 2011 started with a fire. Some kids in Piha, NZ were setting off fireworks that landed on my neighbor’s property and lit the whole hill on fire. I knew it was going to be a hell of a year and it certainly was. Within 5 days of that, reports came out about birds and fish dying in massive numbers globally. The omen was not lost on me. Varied creatures on earth were committing massive hara-kiri (the Japanese term signifying ritualistic suicide.) Do they know something we don’t about the coming times or the sustainability of the environment? That is the day I started writing this record.”

Tankian describes the end result as “much more driving and punk oriented, with influences ranging from goth to electronic to 80’s vibes, dynamically heavy rock to epic melodic songs.”

A lead single and further album details are slated to drop shortly. In the meantime, check out Tankian’s August 2010 performance at the Lowlands Festival alongside The Metropole Orchestra.