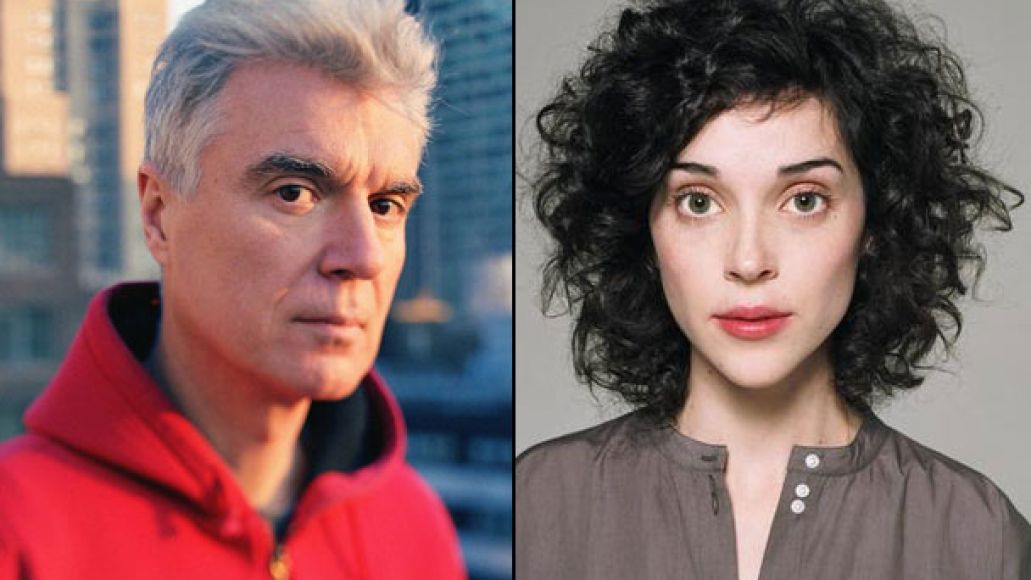 St. Vincent and David Byrne’s long-in-the works collaborative album will see release this fall, and the two musicians plan to embark on a tour together shortly after, according to RollingStone.com.

The collaboration, which came to fruition after St. Vincent’s Annie Clark and Byrne met up at a Dirty Projectors/BjÃ¶rk show in Spring 2009, involves a brass ensemble. In an interview with Pitchfork late last year, Clark added that the album is “very split down the middle between who writes lyrics and who sings.”

Our first taste of their efforts together, “Two Ships”, was performed by a the 12-piece Asphalt Orchestra in August 2010, and you can watch live footage below. At the time, Byrne said he planned to add vocals to the instrumental.

In other Annie Clark news, she performed her Record Store Day single “KROKODIL” at Coachella yesterday. You can also watch that replay below (scroll to the 37:45 mark.)

St. Vincent and David Byrne to release collaborative album in the fall