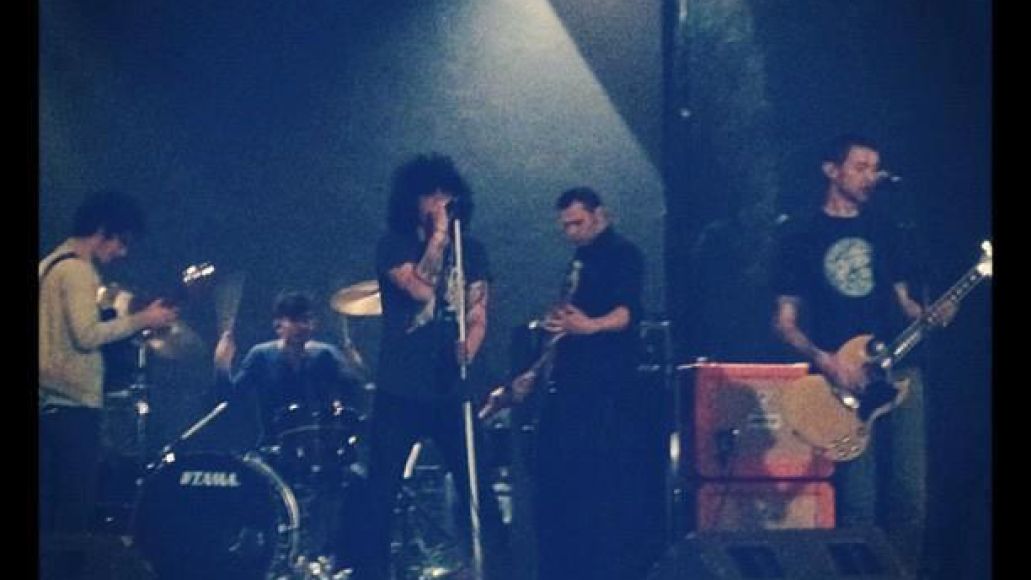 At The Drive-In performed together for the first time in 11 years at Austin’s Red 7 on Monday night. Serving as the first of three intimate shows scheduled in their home state prior to Coachella, the band performed a 15-song career-spanning set, and you can watch footage of “Quarantined”, “Enfilade”, and “One Armed Scissor” below.

You can find the concert’s setlist below, followed by the band’s current tour schedule. As previously reported, ATDI will also reissue their 1999 EP, Vaya, exclusively to attendees of Coachella for Record Store Day. Pressed on colored vinyl, the 10″ will be limited to just 500 copies.

Video: At the Drive-In's first concert in 11 years