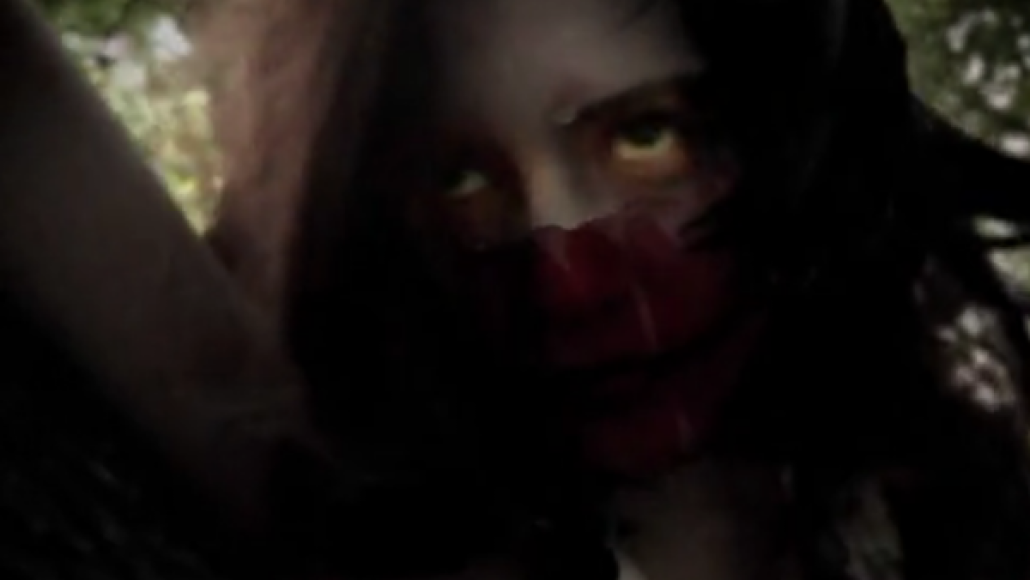 Last April, Brooklyn alt-country act O’Death returned after a three-year hiatus with their fourth studio album, Outside. Recorded after drummer David Rogers-Berry’s treatments and recovery from osteosarcoma, the album’s 11 tracks take on a decidedly Gothic lean while exploring subject matter like loss and the unceasing presence of Death all around us. As depressing as an album motif as that may be, the band is skilled at making the subject just as beautiful and emotionally varied, as evidenced by their music video for “Black Dress”.

Directed by David Woolner, the clip’s plot is somewhat tough to decipher. From what we can gather, a young girl, transformed into a zombie-esque fiend after being literally consumed by the Grim Reaper, gathers a group of similarly affected girls to humiliate and eventually convert a man from her past. The clip then reveals, under layers of layers of subtext and through a Tarantino-inspired reverse story arc, the characters’ troubled pasts. The real star of the affair, however, is the overall production value, combining quaint, rural images with cutting-edge editing techniques and sensibilities for an effort that’s lost in time and totally timeless. Watch it below.

The band will be on tour throughout the spring and summer, starting April 21st in Portsmouth, NH. Peep the full tour schedule below.