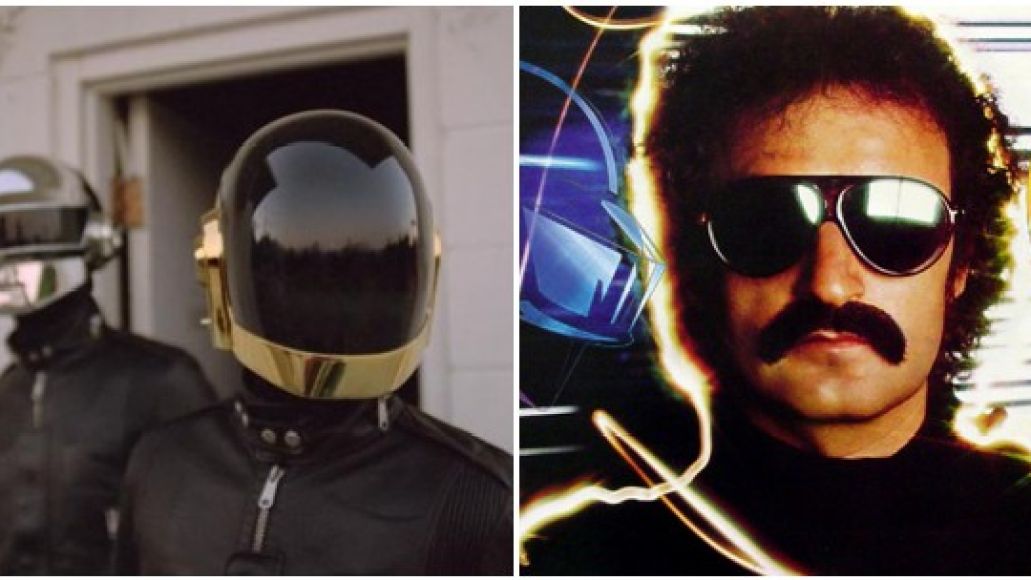 So Daft Punk’s new studio looks to be chock full of collaborations. For the as-yet-untitled fourth LP, the electro duo has already been linked to Chic frontman Nile Rodgers, songwriter Paul Williams, Animal Collective’s Panda Bear, and Chilly Gonzales. Now, disco legend Giorgio Moroder has revealed that he recently recorded a spoken-word “rap” for the album.

URB.com reports that Moroder revealed the news during an interview at the International Music Summit in Ibiza. (Coincidentally, Rodgers was in the audience.

“The robots asked the Munich Machine to go into a vocal booth and speak about his life. In the studio were multiple microphones of various vintages from the ’60s to today. When Moroder asked the engineer why they had so many mics, he replied that the mic they would use would depend on what decade of his life he was speaking about. When Moroder asked if anyone would know the difference, the engineer replied “They will know.'”

For what it’s worth, Daft Punk has yet to formally announce the album, so we have no idea which of these collaborations will appear on the tracklist, or when it will see light.

In the meantime, take a listen Moroder’s song “From Here to Eternity” below.