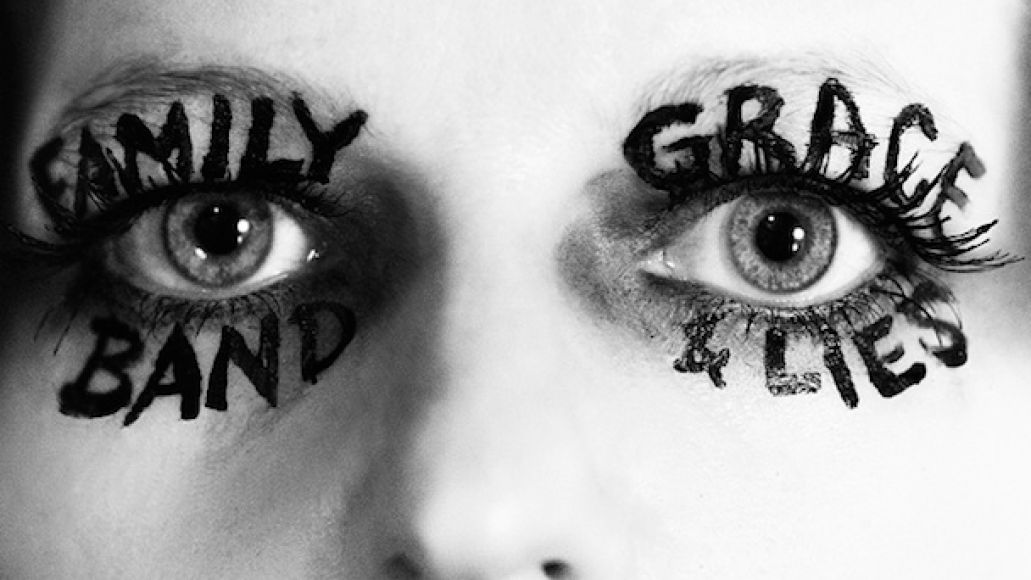 Upstate New York’s Family Band specialize in the kind of female-fronted goth-core that earned them a spot opening for Warpaint last year, and if you didn’t know any better, you might mistake one band for another: vocalist Kim Krans’ tenor vibrates along husband and heavy-metal guitarist Jonny Ollsin’s riffs, spinning a heady atmosphere reminiscent of their one-time tour mates.

The duo continues further down this moody path for their sophomore album, Grace & Lies, due out July 24th via No Quarter. According to a press release, the record “boldly confronts life’s darker questions,” with Krans envisioning these “rulers of beauty and false promises” as dancing in a field behind the couple’s rural cabin.

As a first listen off Grace & Lies, “Night Song” experiments with negative space by isolating Krans’ velvet voice, Ollsin’s simply repeated, metallic arpeggios, and an echoing drum machine. The addition of a bass and lapsteel player fleshes out Family Band’s sound, evoking a cinematographic interplay of light and shadow. Download the mp3 below.