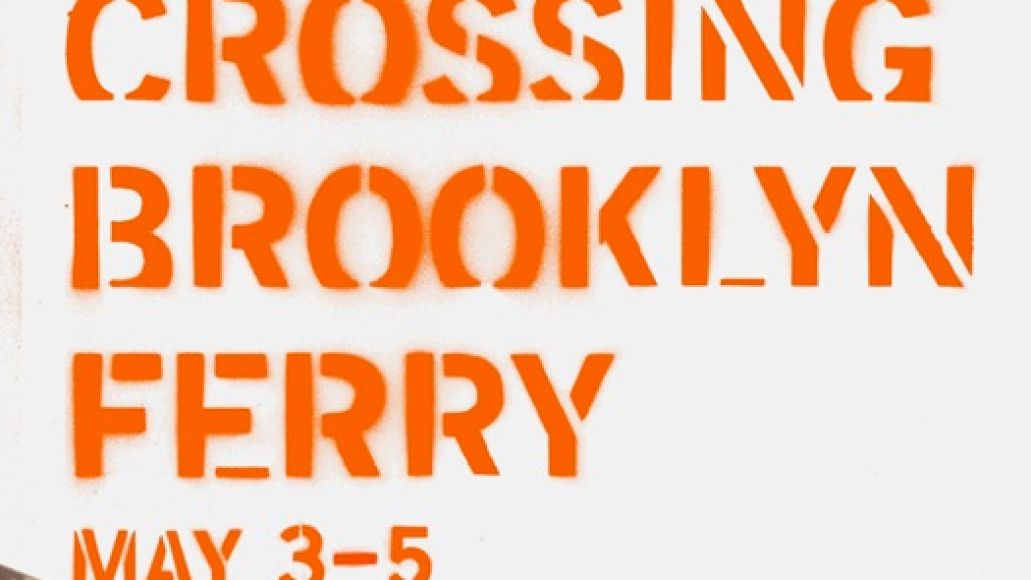 “I too lived — Brooklyn, of ample hills, was mine.” – Walt Whitman, “Crossing Brooklyn Ferry”

By this point, it’s an old story that Manhattan has lost much of its cultural capital to its neighbor across the East River. Nowadays, if you want cutting edge art, if you want to find clusters of musicians meeting at bars and coffee shops to talk shop, if you want to find the venues and neighborhoods that foster a multi-colored collaboration between the arts and across genres, cultures, ethnicities, and classes, you go to Brooklyn. Thirty years ago, you could say the same thing about downtown Manhattan. Below 14th St., Manhattan artists were experimenting with mixed media, provocatively crossing genres, and going for shock value. That spirit, transferred to the borough that has dominated New York City’s arts scene in the 21st century, was the guiding force behind the Crossing Brooklyn Ferry festival.

Curated by Bryce and Aaron Dessner (the twin guitarists from The National), the long time Brooklyn residents brought together their friends, collaborators, label mates, and just people who they liked playing with (as seen in this handy New York Times infographic) for three nights of genre-bending classical and rock music. The two brothers have long had their feet wet in both genre worlds, curating a similar crossover festival in Cincinnati, the MusicNOW Festival. But Crossing Brooklyn Ferry is distinctly New York-centric, with the city’s indie stars freely roaming through the festival checking it all out (at any given moment, you might be standing next to one of the Dessners, David Byrne, or Sufjan Stevens). Mixing classical and indie rock might seem like the cutting edge of cultural collaboration these days, but as composer Judd Greenstein revealed, “it’s starting to feel like less and less ‘a thing’ and more just the way things go.”

The mixture made for a somewhat weird approach – is this a classical concert? is it a rock show? – and more than once I had to control the urge to get up and dance. But as the weekend wore on, as the drinks flowed, and as the audiences loosened up, it became clear that you could happily groove in your seat for a chamber music set, and then flail away for some decibel-pushing indie rock.