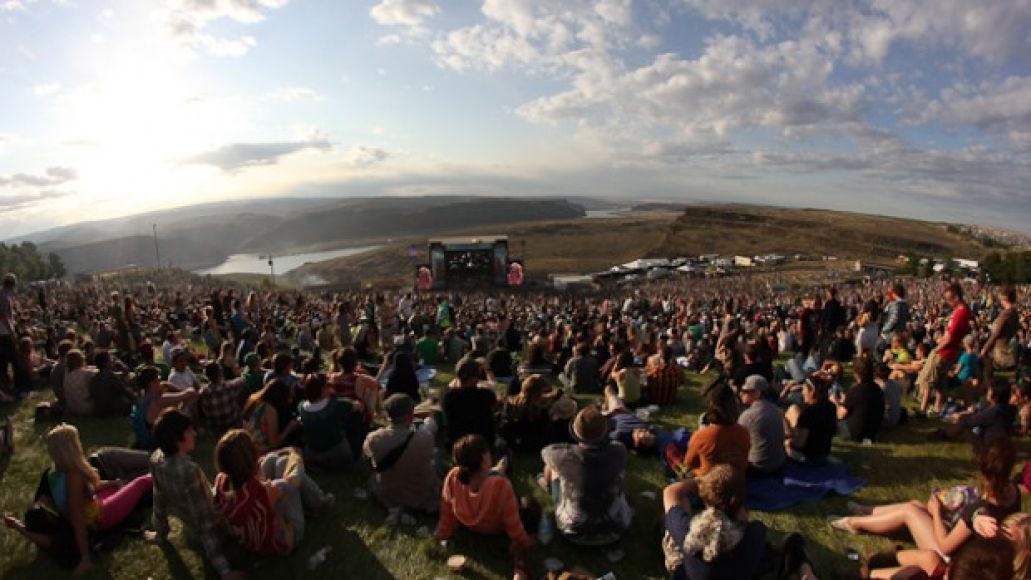 Most people who came to Sasquatch! camped in tents and RVs in either the more peaceful VIP camping section or the favela on the hill camping section. Fellow writer/photographer Harley and I were in the very small minority of people who drove home every night after the whole festival was over. During the night drive back to Quincy, WA, we’d try to suss out and synthesize the day’s music, the people we saw, what costumes they were wearing, what native culture those costumes were appropriating, the things that were mumbled to us by a guy two vials deep into the evening, or “did you see that husband just yelling at his wife just then?” and were we possibly the only sober people there and should we just try to buy some drugs at the camp grounds tomorrow and oh look there’s the fourth ambulance of the week coming toward us racing back to the festival grounds. Then we argued for a long time about Bon Iver. Maybe we should stay sober.

All this handwringing led to this: You can’t really report honestly about a music festival unless you really allow yourself to accept the festival culture, which, for better or for worse, is what prevailed at Sasquatch! this year. Much of the middle card included fantastic bands finishing up long tours with a stop at The Gorge (e.g. Explosions in the Sky, tUnE-yArDs, Charles Bradley, Kurt Vile, Unknown Mortal Orchestra, The War On Drugs, The Head & The Heart, The Joy Formidable, etc..) and despite the lack of non-Seattle hip-hop and any kind of metal/hardcore/punk band, the four-day holiday weekend appeared to be less about connecting with the music of the festival and more crafting an “epic weekend” to remember forever.

I don’t think it’s hyperbole to call the first view coming up over the hill of the Gorge breathtaking. The topographical setting of the festival lends itself to a larger-than-life experience, which is certainly what the sequencing of the lineups were aiming for:  swelling lines of guitars, big beat stompy folk rock, Girl Talk b/w Pretty Lights, and Tenacious D being the most metal thing at the festival. There were a few magnetic moments, some special little minutes from the days that resonated in the realm of music, like Deer Tick’s impromptu covers set, or Jack White’s flawless headlining set, or Spiritualized closing the second largest stage playing to a crowd of less than 200. But in the end, Sasquatch! went for the big feelings and for the most part scored. The music heard at The Gorge just sounds better, feels better, is better because of Sasquatch! being what it is: a vacation.

Since I didn’t go all Vice Magazine and paint my face, don a poncho and a day-glo trucker hat, and get “mangled” as one guy told me, Sasquatch! was really what you made of it. It’s your trip and how much of it you want to remember is entirely up to you. I think the lineup this year wasn’t as strong as it was in previous years, but you’re surrounded by people who are trying — chemically or otherwise — to have a good time. There was a group of people who asked me to take a photo of them with their phone as the sun set on Monday night and against my exhaustion, frustration, they all looked so happy. That’s how you do it.

Festival Review: CoS at Sasquatch! 2012