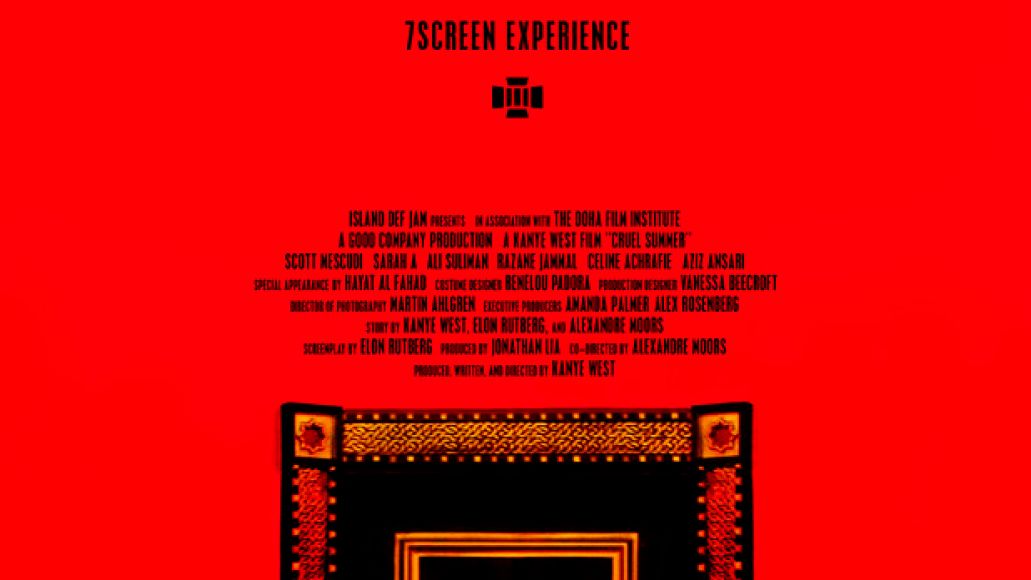 Kanye West will premiere a new film project called Cruel Summer at this year’s Cannes Film Festival. A creation of West’s recently-formed fashion + art collective DONDA, the project is described as part short film, part art installation, “unlike anything West has attempted before,” and will be be presented as an “immersive 7-screen experience.” As the poster above indicates, West served as director and co-writer, and will feature comedian Aziz Ansari and rapper Kid Cudi (né Scott Medscudi).

Cruel Summer will be screened at Cannes beginning May 23rd and will remain open to the public until the 25th. Ticket requests can be made through West’s website.

According to RapRadar’s Elliott Wilson, Cruel Summer will also serve as the title for West’s upcoming G.O.O.D. Music compilation.

Below, you can watch West’s previous short film “Runaway”, which served as an accompaniment to his 2010 album My Beautiful Dark Twisted Fantasy.

Joanna Newsom Made a Cameo in the Brooklyn Nine-Nine Series Finale: Watch