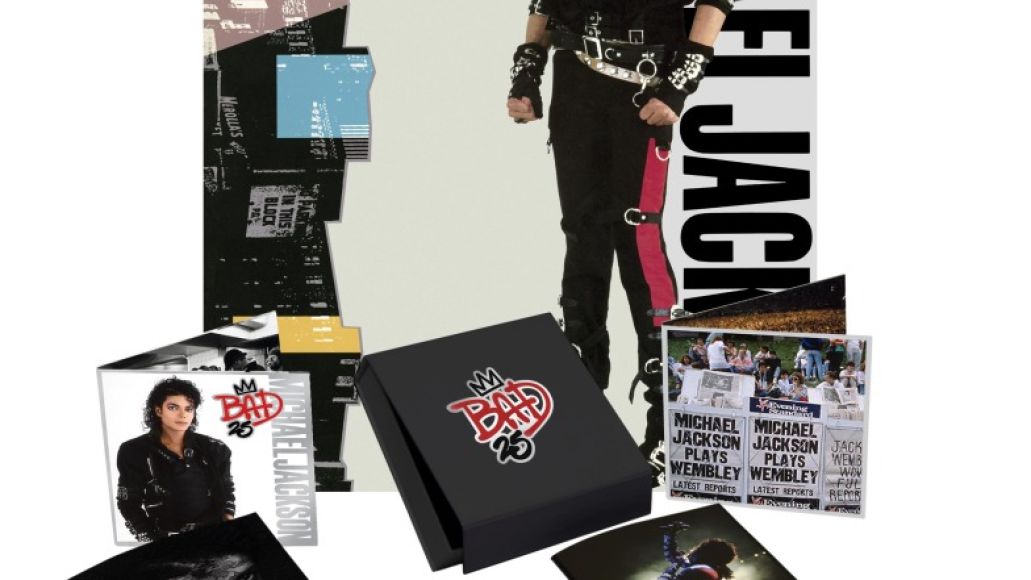 Michael Jackson’s acclaimed seventh album Bad turns 25 this year, and to celebrate, Epic/Legacy Recordings will release a deluxe reissue on September 18th. Aptly titled Bad 25, the four-disc set includes a remastering of the original album, a CD containing previously unreleased material recorded in Jackson’s personal studio at Hayvenhurs, and a live recording/concert film of his performance at Wembley Stadium on July 16th, 1988.

In addition to the deluxe reissue, a 2-CD standard edition featuring the original album plus the CD of unreleased material will be made available as will a stand alone edition of the DVD and a picture disc of the original album. Also, Jackson’s website will exclusively offer a Deluxe Collectors Edition, which contains a t-shirt (not available anywhere else), a “BAD Tour souvenir package” (a concert ticket replica, a reproduction of the 1988 BAD Tour Program and an all-access backstage pass and lanyard) and more.

Prior to these releases, the album’s original first single, “I Just Can’t Stop Loving You” will be reissued. The CD version, out June 5th, features an unreleased demo of “Don’t Be Messin’ ‘Round” as the B-Side. The 7″ vinyl, out June 26th, is backed by the original B-side “Baby Be Mine”.

Check out a teaser trailer for the reissues below.