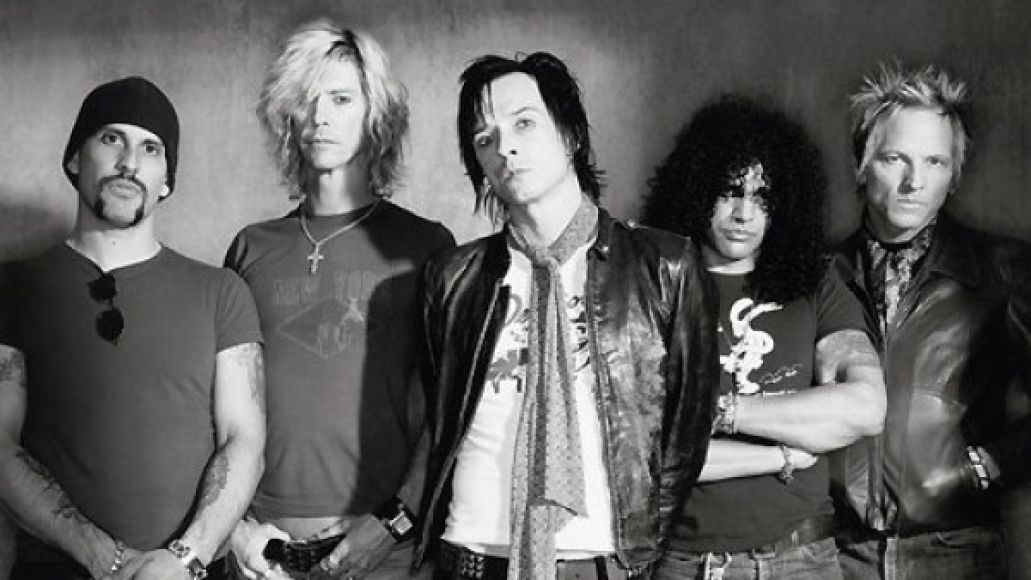 Update: Not so fast. In an interview with Minneapolis radio station 93x, Slash refuted Weiland’s comment, claiming he has no knowledge of Weiland rejoining the band. “We have no intention of going backwards,” Slash concluded.

The auditions are over. Velvet Revolver has a found a singer and it’s – Scott Weiland. The former frontman who left the band in 2008 – stating “ego and jealousy can get the better of anyone” –  has now returned to the fold. Recently, Weiland told ABC News Radio that the band, which includes former Guns N’ Roses members Slash, Matt Sorum, and Duff McKagan, was “able to put egos and differences and old…conflicts aside and so that’s really cool.”

What’s more, they’re currently at work on a new LP, which would mark the band’s third to date, following 2007’s Libertad. Weiland stated, “They gave me a couple of songs and myself and [guitarist] Dave [Kushner] and [bassist] Duff [McKagan] are gonna be getting together for a song writing session next week.”

Earlier this year, the band reunited for a one-off performance at a benefit concert for John O’Brien in Los Angeles. As Rock It Out! Blog reports, Velvet Revolver plans to tour late summer into the fall, and Weiland will also continue to work with Stone Temple Pilots. So, it’s a good day for rockists everywhere. Relive the band’s glory days below with the unintentionally hilarious video for “Fall to Pieces”.