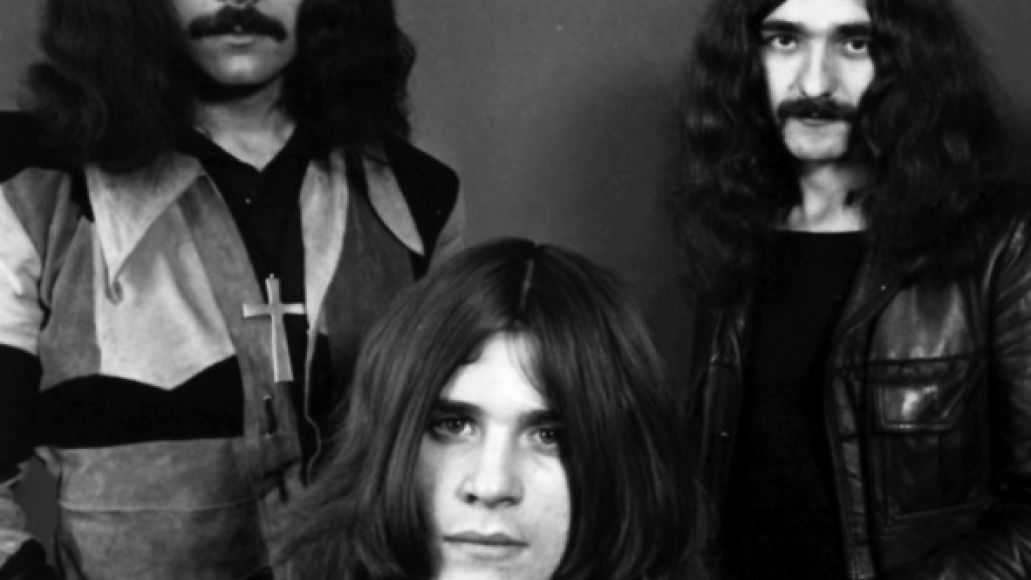 On Saturday night, Black Sabbath’s original lineup (sans drummer Bill Ward) performed together for the first time in seven years at the O2 Academy in Birmingham, England. Serving as a warm-up gig ahead of their headlining slots at Download Festival and Lollapalooza, the band performed a career-spanning 17 song set. Below, you can watch their performance of “Iron Man”. The concert’s full setlist is at the bottom of this article.

For the performance, Sabbath tapped Ozzy Osbourne’s drummer Tommy Cluefetos to fill in for Ward. Earlier on Saturday, bassist Geezer Butler responded to Ward’s decision to sit out of the band’s reunion. He explained that due to Tony Immoni’s cancer diagnosis, the band decided to limit their concerts to only the aforementioned festival appearances. He continued:

As you may expect, a one off show costs an absolute fortune to stage, involving over 50 people, transport, air fares, hotels, meals, agents, promotors, accountants, lawyers etc, so none of us, expected to make much money from it- it was a one off Sabbath show for the fans, before we go into recording the new album. Apparently, this wasn’t acceptable to Bill’s representatives, they wanted an amount that was so unrealistic that it seemed to have been a joke. So we resigned ourselves to doing Download without Bill, hoping he’d change his mind and at least make a guest appearance. We started rehearsals a few weeks ago with Tommy Cluefetos, the drummer who will be on the Ozzy and Friends Tour. Brilliant drummer and good bloke. It was decided we’d better do a warm up show, to break the ice since we haven’t played together live. The O2 Academy was available in Birmingham, where we were rehearsing, so we decided on that, and to make a donation to Help For Heroes Charity, since we’d be ironing out any glitches we may have. Then Bill put out a further statement saying he’d been ready to play the Birmingham show , but he was expected to have to do it “for free”- well, I think that’s basically how you raise money from gigs for charity – you play them “for free”.

The band also released a second, separate statement on Saturday addressing the removal of Ward from photos used on the band’s website. The statement read, “At the request of Bill Ward, through his attorney, so as to not give the public the wrong impression about his involvement in the current Black Sabbath lineup, we have temporarily removed Bill Ward’s images from the main pages of the blacksabbath.com official website. In accordance with Bill Ward’s attorney’s request, we are doing so for the duration of the forthcoming shows.”