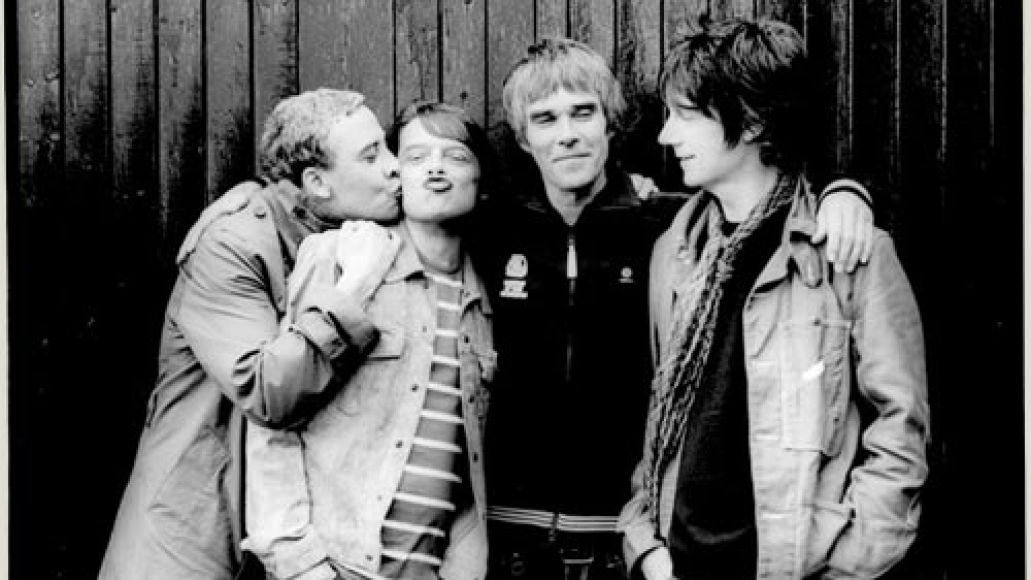 The Stone Roses performed their first concert in 16 years at Parr Hall in Warrington, England on Wednesday night. The surprise gig was announced just hours beforehand and tickets were distributed for free to anyone who had a piece of band merchandise or tickets to one of their upcoming summer shows.

According to NME, the band delivered an 11-song set, comprised mostly of material from their 1989 debut. Unfortunately, the band did not preview any of the “three or four” songs already written for their upcoming reunion album. Below, you can find a 30-second clip of “Made of Stone”, as well as a recording of “Sally Cinnamon” taken from the soundcheck. Update: Clips have also surfaced of ”

The Roses will formally kick off their summer tour with a pair of gigs in Barcelona on June 8th and 9th. Check out their full tour docket below.

Setlist:
I Wanna Be Adored
Mersey Paradise
Sally Cinnamon
Made Of Stone
(Song For My) Sugar Spun Sister
Where Angels Play
Shoot You Down
Tightrope
Waterfall
She Bangs The Drums
Love Spreads