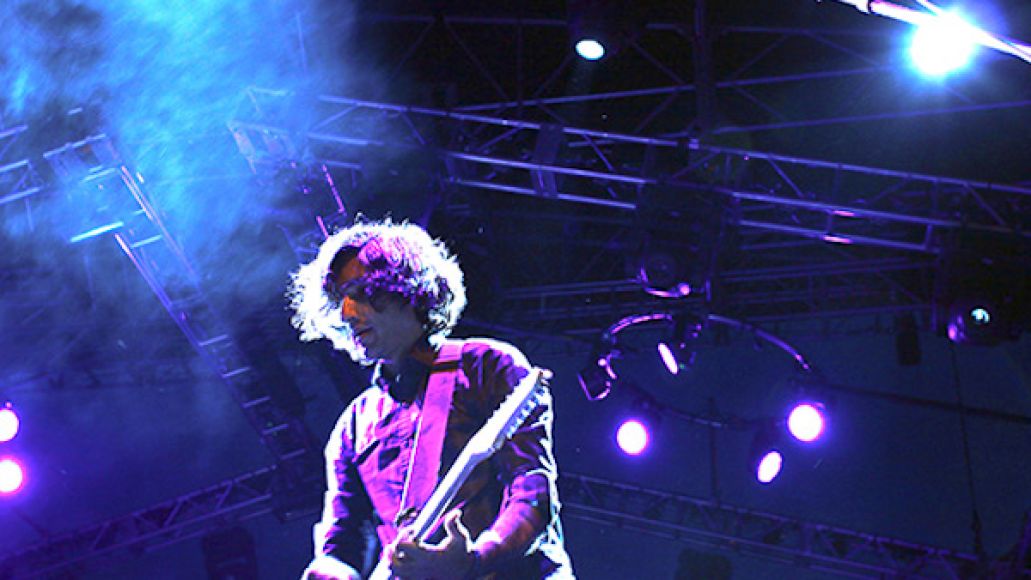 Currently, Explosions in the Sky are wrapping up their last batch of tour dates in support of last year’s Take Care, Take Care, Take Care, but they’ll hardly take a break come August. In a recent interview with Consequence of Sound, guitarist Munaf Rayani revealed that the band has been tagged to score David Gordon Green’s forthcoming comedy, Prince Avalanche.

“It’s pretty serendipitous that I am speaking to you now because a film is currently being made by film maker David Gordon Green,” Rayani explained. “We will be scoring his latest film Prince Avalanche. This particular picture is going to be exceptionally beautiful in that we’re making it with friends of ours.”

Update: One of these friends includes Austin-based musician David Wingo, who records under the name Ola Podrida and has also provided music for Green’s work in the past.

This won’t be the first time the Austin rockers’ music has popped up on film (e.g. Friday Night Lights), and it’s also not the first time they’re working alongside Green. The director used pieces of their music for his past work, including 2003’s All the Real Girls and 2007’s Snow Angels. His latest, Prince Avalanche, is a remake of the Icelandic comedy, Either Way, and will star Paul Rudd and Emile Hirsch.

Stay tuned for the full interview with Rayani. In the meantime, check out the band’s upcoming tour dates below.

Explosions in the Sky to score new film Prince Avalanche