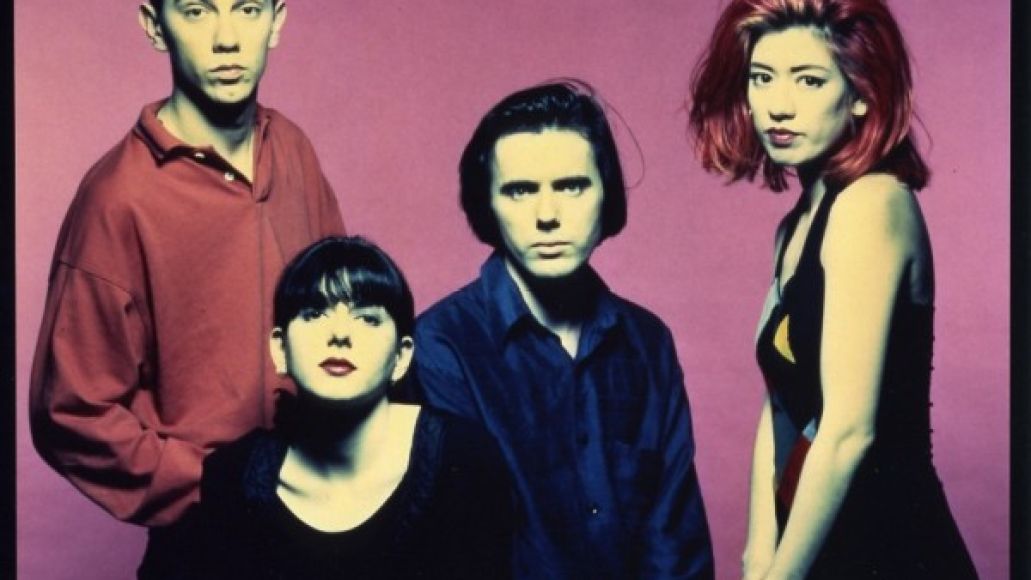 In recent years, we’ve encountered plenty of artists that were brandished as shoegaze when they entered the scene, and later shifted towards a kind of pop that’s more awake than dreaming. Like everything else, it’s been done before. Lush entered the London scene in the late 80’s in that fashion, grabbing the attention of 4AD with their ethereal stylings, later finding themselves exploring a punchy pop-rock side. Although their Robin Guthrie-produced debut Spooky turned 20 this year (not to mention the fact that it’s one of the finest albums of the era), it was their third and final album, 1996’s Lovelife, that demanded a recent Dusting ‘Em Off treatment.

Emma Anderson, one half of the band’s guitar, vocal, and songwriting team, granted Consequence of Sound a rare interview to discuss Lovelife, set the record straight on “going Britpop,” reminisce about Lush and her other band Sing-Sing, and reveal why there hasn’t been a reunion tour.

I recently revisited Lovelife for our Dusting ‘Em Off feature, and I felt that it’s an album that never got the credit that it’s due.

Thank you. But then, all our of albums have been that way.

What were your inspirations and intentions when you went into the studio to record Lovelife?

So, instead of getting a name producer, we used our sound man [Pete Bartlett] to record it. Well, he was the producer, and we did it quite quickly. Other records took a long time, but this was quite straightforward. We used two quite well-known mixers, Sean Slade and Paul Q. Kolderie, to mix Lovelife, but that was our main aim at the time, to try and get the live Lush recorded.

I think some of our influences had shifted. I think you can hear the beginnings of what Lovelife sounded like with “Hypocrite” and “Blackout”, songs like that. With Lovelife, it was more poppy, shorter songs, and more upbeat, sort of distorted guitars, vocals not buried so much as they had been. We were probably a bit influenced by what was going on at the time, as well, with Britpop. We didn’t think of it as Britpop, you know? We didn’t sit down and go, “Ooh, let’s make a Britpop album!”

My take is that the poppier side has always been there, and that Lovelife isn’t a dramatic stylistic shift like some in the media have indicated.

I definitely do not agree that one minute we were making ethereal, ambient tunes, and the next we were a sort of punky pop outfit. There’s definitely a line you can trace through everything we put out, really. The other thing I do remember at the time was we were kind of damned if we do, damned if we don’t. If Lovelife had been an album with five-minute sorts, like “Desire Lines” and “Never-Never”, then people would have been like, “No, get with the times…” You’ve just got to do what you want to do at the end of the day, and the hell with it.

We never had a master plan. When myself and Miki [Berenyi] used to write songs, we used to just go away and that’s what would come out. We never sat down and thought, “Let’s make an album that maybe sounds more Britpop,” or whatever. It was never like that. It was just what we listened to seeped into our songwriting. Even on Lovelife, songs like “[I’ve] Been Here [Before]”, “Papasan”, and “Last Night” are still more similar to the softer, ethereal stuff, I suppose.

At the time it was slightly frustrating, especially in America, I think, people wanted us to stay the same. In Britain, I think actually, the fact that we had gone a bit more pop…and also that we were getting more radio play in Britain, because what else was there on the radio? Blur, Oasis, Elastica, and Boo Radleys. We thought Lovelife fit in more with that sort of stuff. And then Radio One were playing it, and we got on the charts. I did think the British press went, “Oh, good for them. At last, they’re not the underdogs so much anymore.” But in America, I felt people were more disappointed, and they wanted the more sort of 4AD, ethereal stuff.

What do you think of the media’s treatment of Lovelife compared to Spooky and Split?

I think in this country it was quite well received. [They weren’t] rave reviews. NME Top of the Pops helped. We were getting more mainstream television programs and getting Radio One airplay and getting in the charts. It was a very different situation [from] what we had before with Spooky and Split, and even before that with Gala. We hadn’t done this sort of mainstream telly, so it was a different ballgame. In America, it wasn’t so different, I suppose, from when we’d been before. We finished a whole campaign with a tour in support of Gin Blossoms, which was pretty gruesome, actually, but I don’t really remember much about what the media said in America. 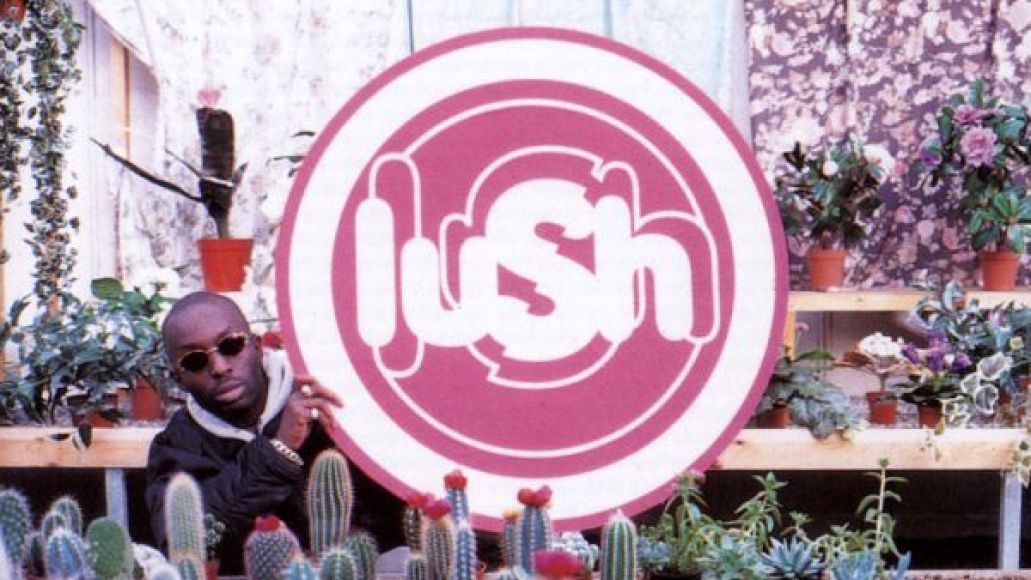 I looked into it, but most of the reviews from those days haven’t made it online. What I found has been generally positive. I recall sensing a trace of contempt in the NME review, but then they gave the album a 7 out of 10, so it’s like a backhanded compliment.

I know the way they used to the scoring was the reviewer would write something, and the editor would change the marks sometimes. If the reviewer didn’t like an album, the editor would go, “We’re supposed to like this band,” so I think that used to happen. I can’t remember. It was generally received quite well here, definitely. It was a funny time. It was a very different ballgame, the promotion we did for Lovelife than the albums we’d done before. It was a lot more mainstream. Which was kind of nice, you know? It felt slightly like it was payback time now. We worked really hard, so it’s nice to have more attention now.

In America, it seemed a bit more same old same old, and touring, and radio festivals, and the Gin Blossoms tour. I feel like I can say things now since so much time has passed, but in America I always felt that Lush was this big hope that was going to break into the mainstream, but we never did. We did okay in America, but we never got into heavy rotation on MTV or wherever, and there was always this, “You gotta keep at it and at it, touring and touring,” and I personally got sick. It annoyed me, because I always felt we could have capitalized on what we were doing here with Lovelife, actually. I think we could have sold more records, because we only toured once here for that album, which was ridiculous, but we toured three times in America. We should have concentrated more here, but we didn’t, and went back to America, time and time again. I was not very happy with that at the time.

Do you think that shoegaze is a style in which an artist can stay rooted for a long period of time, while still evolving and challenging both themselves and the audience? I ask because I was thinking about My Bloody Valentine and all the drama that ensued following up Loveless, and recently there’s been a crop of artists that have been labeled as shoegaze and dream pop, but they’ve all made departures with noticeably deliberate intent.

It’s a difficult question, because I’m so out of touch now with a lot of stuff. I saw School of Seven Bells live a couple times. That was a few years ago now. So, the question was, “Do you think you can be a shoegaze/dream pop band forever?”

Or for a long time.

Here in America it’s a way to get people excited about a band, if not a badge of honor.

Over here, I know the guy who thought it up, he was like, “Oh, these kids, they are all just staring at their shoes and swaying about.” It was used in the press to mock, a little bit. But in America, it was jumped on as this genre of music, but here shoegazing is sort of weak. It sounds a bit silly. I don’t know.

It’s really quite difficult to stay the same for a long, long time. I can’t imagine playing the same sort of music for 20 years. I’ve always sort of absorbed what’s around me, as well. To be honest, I probably don’t do that so much now. To each their own. If you want to stay shoegazey forever, fine, if not, then fine as well.

I just find the whole thing interesting, because, for example, M83’s first couple of albums evoked those sounds, and they turned further away from it with every subsequent release. There was never an audible, “They’ve sold out and jumped onto the trendy synthpop bandwagon” sentiment in the media.

I get slightly bored of this “Oh, they’ve changed.” Especially some journalists, and not just journalists, but fans as well, that do that sort of, “Oh, they’ve changed, and I don’t like that. They’re my band and I like them the way they were, and they’ve sold out, and they’re selling records.” I think if it’s a good record, then actually it doesn’t really matter. Good music is good music. If a band wants to change and adopt a different style, or different instruments because they really want to, then fine. And if it’s good, then even better.

I agree. I’ve just been trying to discern why the consensus is that it’s more okay now than it was back then.

Maybe because back then, the sort of indie ethos… I don’t know, I might be talking rubbish here, but it was slightly more embedded in peoples’ minds. Selling out and jumping on bandwagons. I think now it’s a bit more fluid.

My theory is that pop is no longer considered such a dirty word.

I agree about that as well.