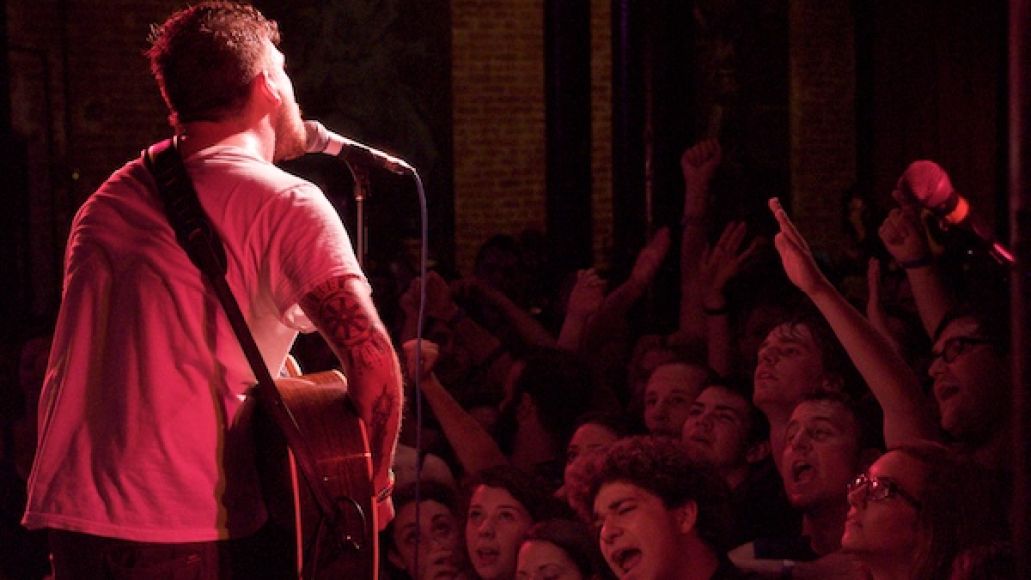 Anthony Green and The Dear Hunter have been touring partners for quite some time. In fact, I first saw them together in 2007 at Farmingdale, NY’s Crazy Donkey. Even though TDH’s Casey Crescenzo and Circa Survive frontman Green have never played in the same band, playing together like this for so long inevitably leads to some strong bonds. Last night at The Met in Pawtucket, RI, with TDH acting as Green’s backing band, the two put their enduring partnership on display, and it became clear theirs is more than a relationship between musical peers — it’s family.

Fitting, then, that openers and Boston-locals The Organ Beats feature real-life siblings. Singer Noelle LeBlanc (ex-Damone frontwoman) owns the mic while her brother, Danny, brings arena-ready rock to the drums. With their leather-clad power-pop unfurling behind melodic vocals, the Beats easily held the attention of early attendees marking up for Green and/or Dear Hunter. Though each member is integral to creating the band’s precise sound, it’s hard not to stay focused on Noelle. She’s an impeccable frontwoman, her voice soaring out over “Time to Go” and new track “So Long”, her banter jovial, and her hair covering her eyes in perfect rock-star mystique. They’ve got a new album coming, and with the right single, they could be poised for a break. 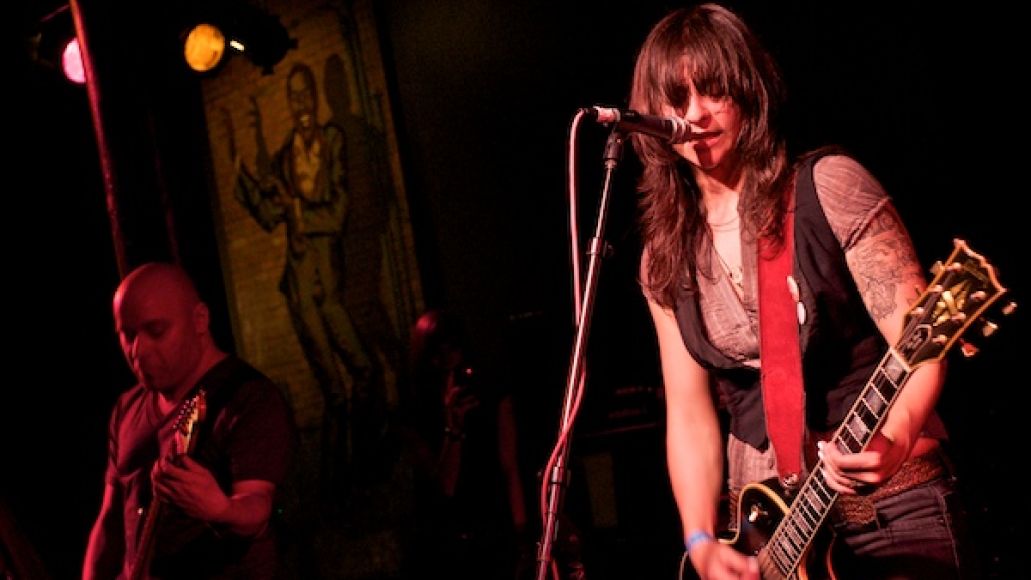 The Dear Hunter, incidentally, is also a band with singer and drummer siblings. There was a distinct bunch in the crowd anticipating this set as much as Green’s. Hands were clapping and bodies were moving during “Echo”, and by the time the first chorus of “Misplaced Devotions” came bellowing out, the floor was shaking with stomping feet. “Everyone excited to see Anthony Green?” Crescenzo asked midway through the set. “You, too!” was the throat-scratching reply from one fan, to which guitarist Robert Parr responded, “They’re not playing tonight. They’re actually much bigger than us.” Well, no one coming to a small venue in the smallest state in the union would expect Bono-status acts, but TDH filled The Met to bursting with their prog-rock dynamism.

I’ve never seen Crescenzo, typically quiet and a tad nervous, appear in such good spirits. He was confident, smiling, and connected with the crowd in a way I hadn’t seen from him before. Before playing the last number, “The Collapse of the Great Tide Cliffs”, he sincerely apologized if it wasn’t the song some people wanted to hear (a girl’s shrill scream at the first notes proved at least one happy customer). In part acknowledging the band’s recent Color Spectrum EP series left them with a glut of material (I’ve still never heard epics like Act I’s “City Escape” or Act II’s “The Lake and the River” live), this also revealed a Crescenzo more emotionally united with his audience. 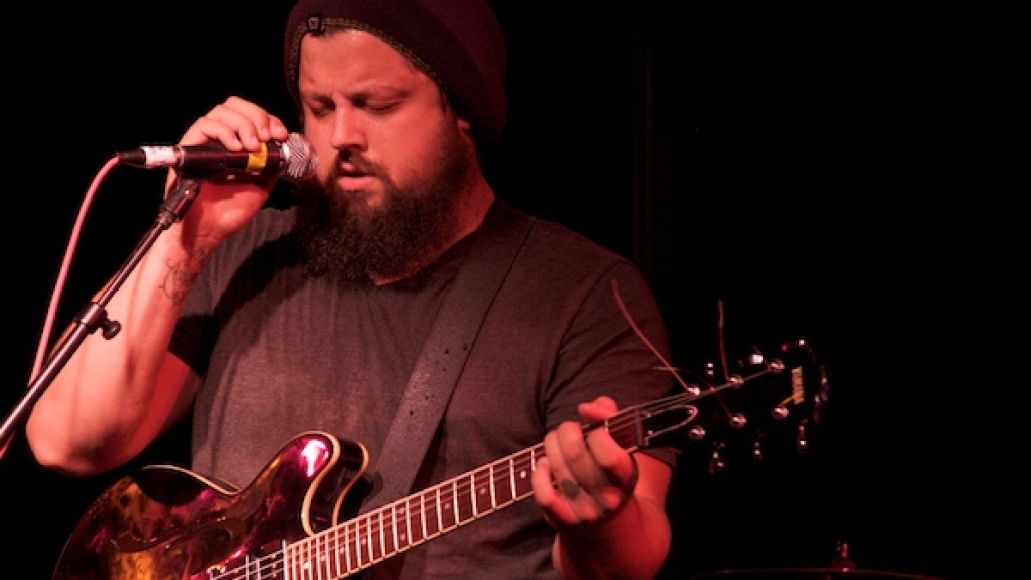 There are two possible reasons: TDH hails from Providence, just a ten minute trip down 95, and hometown gigs often bring out a band’s best. The other, I believe, is playing with Anthony Green.

After a break, The Dear Hunter returned to back Green, whose usual band Good Old War is currently out with Counting Crows. During the third song, “Moon Song”, while Green and Crescenzo harmonized, they shared a smile from across the stage. There was no irony, no covering a mistake, no laughing at some stupid audience member; it was joy. These two really love playing together, and their combined energy adopted the crowd right into their little family. From the moment Green got on stage, hands were in the air grasping for him like children reaching to be picked up by a parent. “He had them eating out of his hands” is a cliché, sure, but not when a singer is literally pouring Gatorade down fan’s throats “like a little bird.”

Green was a madman, flailing about, shoving four fingers into his mouth and biting down between lines. All the saccharine cheese of his “Green-ian poetry” was easily overlooked, and that high-pitched voice doesn’t run as much risk as being grating when supported by a furious live show. TDH’s backup was as fevered as Green himself, his vocals cleanly counterpointed by Crescenzo’s on cuts like “Only Love”. 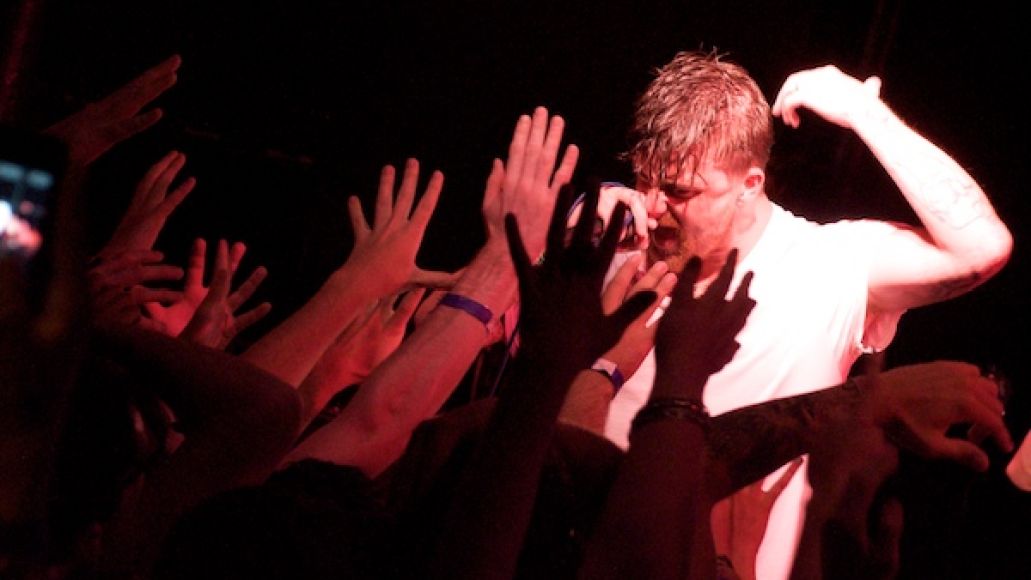 While Green’s intensity was impressive, it was the love in the room that stood out above all – Green even gave love to the sound guy, calling him “the best on the whole tour.” Early in the set he thanked the crowd for singing along, which they did to nearly every song, including “Seven Years” from his days in Saosin. When some crowd members later returned the thanks, Green graciously turned it down. “Don’t thank me,” he said, “Trust me, I love this shit.” The eruption from the young, sweat-drenched crowd clearly indicated the feeling was mutual.

The Dear Hunter Setlist:
We’ve Got a Score to Settle
Echo
The Church and the Dime
Trapdoor
The Thief
A Sua Voz
Misplaced Devotion
He Said He Had a Story
The Collapse of the Great Tide Cliffs

Anthony Green Setlist:
Babygirl
If I Don’t Sing
Moon Song
She Loves Me So
The First Day of Work at the Microscope Store
Right Outside
Drug Dealer
Blood Song
Get Yours While You Can
When I’m On Pills
Stone Hearted Man
Only Love
Devil’s Song (This Feels Like a Nightmare)
Encore:
Seven Years (Saosin cover)
Suitcase (Circa Survive cover)
Dear Child (I’ve Been Dying to Reach You)
—