“This is like a barn raising for a group of composers,” commented Elliot Cole Thursday night, one of 11 composers who collaborated on an ambitious program of short, multi-colored musical pieces inspired by Karlheinz Stockhausen’s famous piece Tierkreis. An event like this, which Cole noted was his third such involvement with Tierkreis, is a unique meeting of many musical minds, even in today’s highly variegated world of contemporary classical music. Take 12 short melodies, give them to 12 different composers, all writing for the same ensemble, and tell them to “do whatever you want with these.”

That was the idea behind the chamber ensemble Deviant Septet’s take on Tierkreis. Stockhausen, one of the leader’s of the 1960s and ’70s avant-garde, would have loved this sort of thing: A completely open interpretation of his music, a distortion of his own ideas into something entirely new, each piece speaking to the whim of its creator’s quirks and inspirations. Seldom are so many different compositional styles performed in the same concert, even in this post-everything classical world of the early 21st century.

Some composers, like Adam Roberts or Dominique Leone, took their Tierkreis melody to a thorny, dissonant place, bubbling with polyphonic intricacy and intensity. Others, like Glenn Cornett, Brad Lubman, and Kevin McFarland, wrote works that used modified 12-tone techniques. Caroline Shaw’s L E O was a “whimsical and muscular” piece with an Afro-beat drum style played on paint cans and four-on-the-floor bass drum, sounding almost like an electronic sample. Danielle Eva Schwob even wrote a piece of slow, consonant, tonal arpeggios, emoting like a nocturne, specifically because, as she said, “Stockhausen would have hated it, which I liked.” 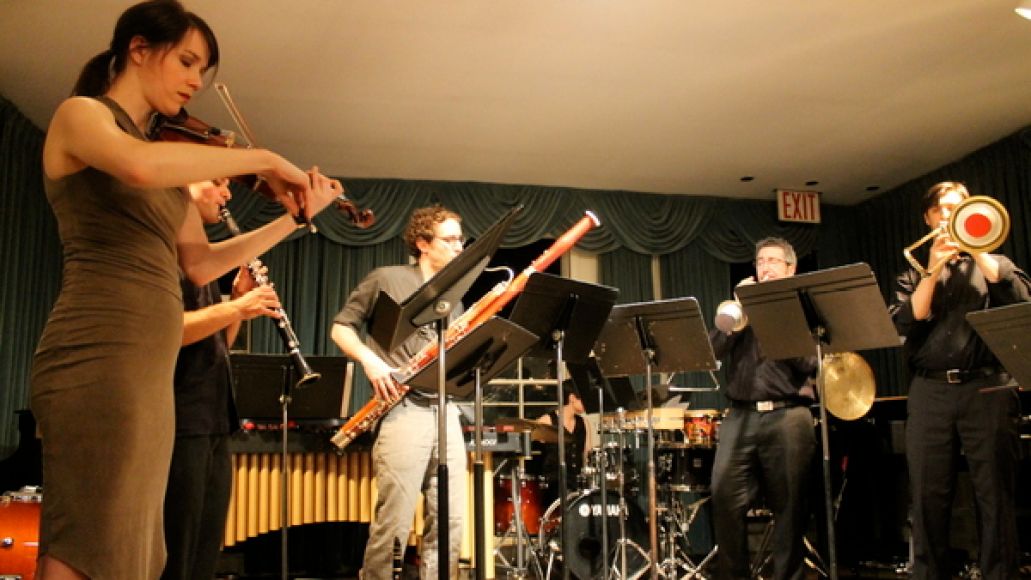 Through it all, Deviant Septet handled the music with virtuosity and drive, playing exceedingly complex melodic lines in polyrhythmic jumbles, while still able to handle more restrained moments with tenderness and delicacy. Lubman’s For the Deviants (Pisces) erupted with polyphonic dissonance at the start, using a 12-tone row based on Stockhausen’s Pisces melody, before eventually falling into a second languid section introduced by vibraphone, juxtaposing something wild with something slow and effervescent, fully utilizing both sides of Deviant’s capabilities. 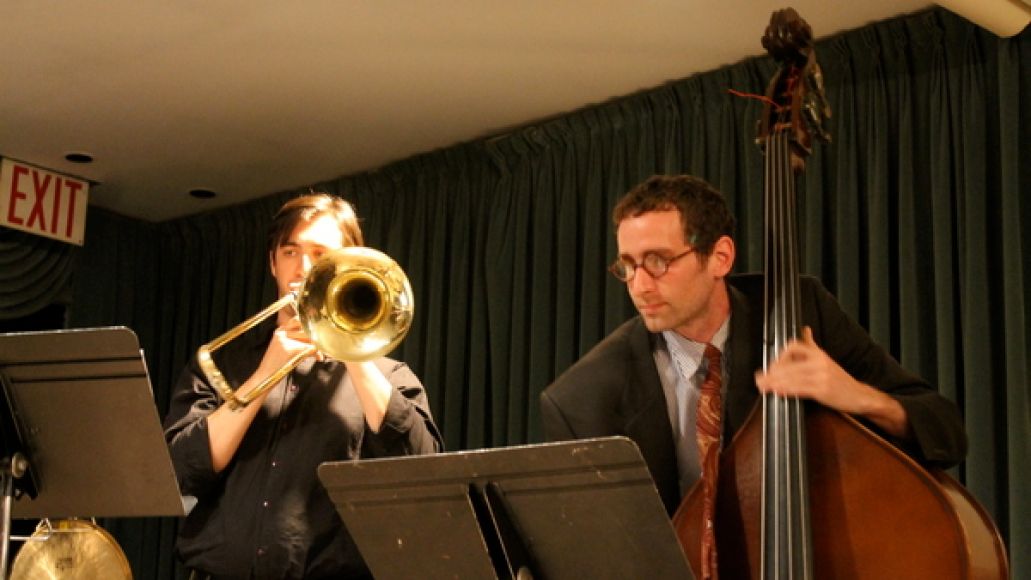 Truly aiming to incorporate as many contemporary practices as possible, there were some novel uses of actual electronics as well, perhaps as a nod to Stockhausen, an early pioneer of electronic composition. Preshish Moments (aka Michael Carter), an electronics wunderkind who has collaborated with Tyondai Braxton and Dan Deacon, live sampled solos from each instrument, including fast runs from bassoonist Brad Balliett, dumpy glissandos from trombonist Dave Nelson, and fragmented melodies from violinist Courtney Orlando, before turning them into a mess of digitized sound, played back over the group’s continuing ostinato chords.

Pausing to read The Onion horoscopes before each piece, the group was not only precise but highly entertaining. Bassist Doug Balliett broke into a frenetic, impossibly fast passage during Roberts’ Aries, and Orlando was as comfortable with lazy, cantabile melodies as with aggressively bowed wizardry, leaping all over her fingerboard. Her most surprising and enticing moment was her husky alto singing on Cole’s Cancer (Roman de la Rose), evoking an eerie, distant modal sound that was electronically altered and then played back through the speakers. Dunkelman was at home in many percussion styles, from the typically tricky modernist passages on mallet instruments to jazzy big band-styled drum set during Jason Price’s Gemini. 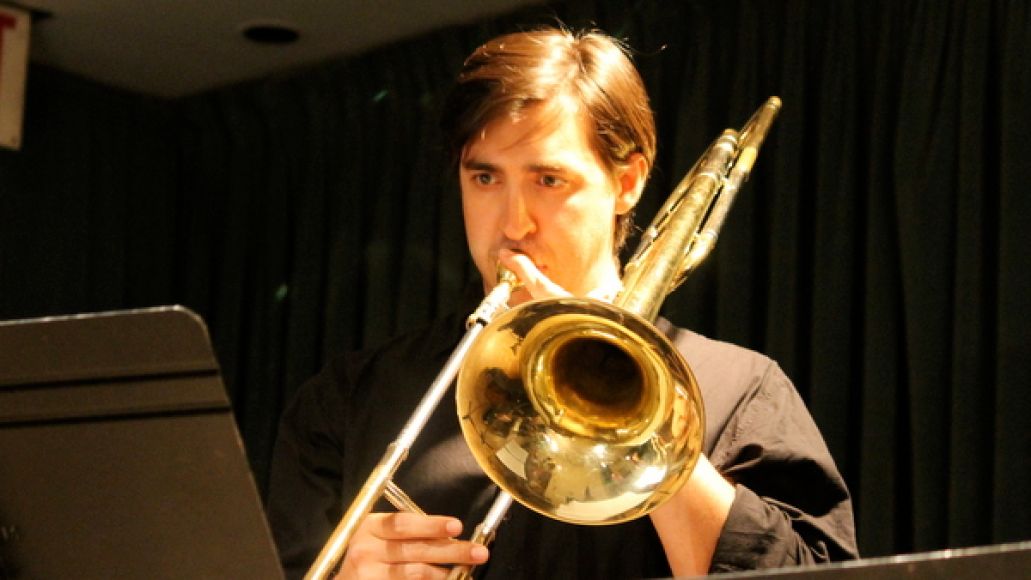 What was most striking about the concert was how many compositions, even in wildly different styles, worked together to create a unified program. Credit the common thread of Stockhausen’s melodies, for sure, but even they were often subsumed under many layers of variation. More importantly, credit the groupthink virtuosity of Deviant Septet, able to ping-pong seamlessly between styles of playing and composition.