When SBTRKT released his self-titled debut in 2011, London post-dubstep catapulted quickly to mainstream, claiming a well-deserved spot on the worldwide electronic stage. Now it’s time for the States, and more specifically Chicago’s Mister Lies (aka Nick Zanca), to take the reins. When I walked into the Belly Up on Thursday, Mister Lies stood solo behind an analog synthesizer and a MacBook, jostling and thrusting his body to the rhythm of his streaming beats. He was grandiose, full of flair, even Michael Jackson-like; there was a drama to his performance, a natural nonchalance that left one charmed by both the musician and his music. 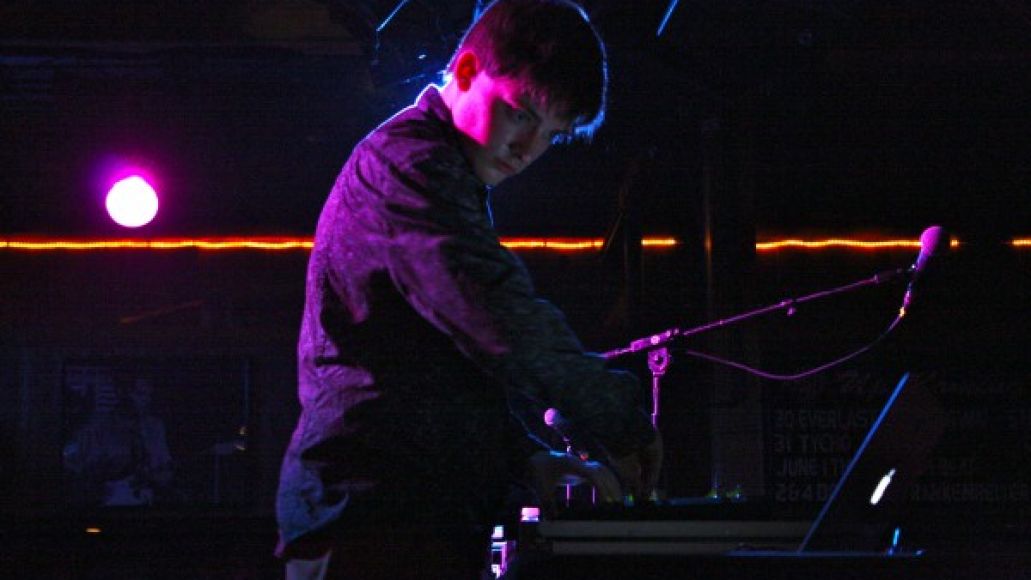 Aside from categorizing Mister Lies’ live stuff as “post-dubstep” or “trip hop,” it can best be described as a series of corrugated punctuations and beats. His prearranged mixes are a fresh take on ambient and lounge downtempo–the kind of music that makes you bob your head a bit, or gets you in the mood to sip a martini poolside with sunburned shoulders. But then he adds his spontaneous succession of warps and throbs with the analog, and it goes from practiced, even overdone electronica, to an intuitive and concentrated art. As a young musician, he has a precocious understanding of his sound, and it’s fun to see his fevered imagination unfold, to see his spark. Playing tracks like “Hidden Astronomy” from his EP Hidden Neighbors, which is available on Bandcamp, he left the crowd impressed. 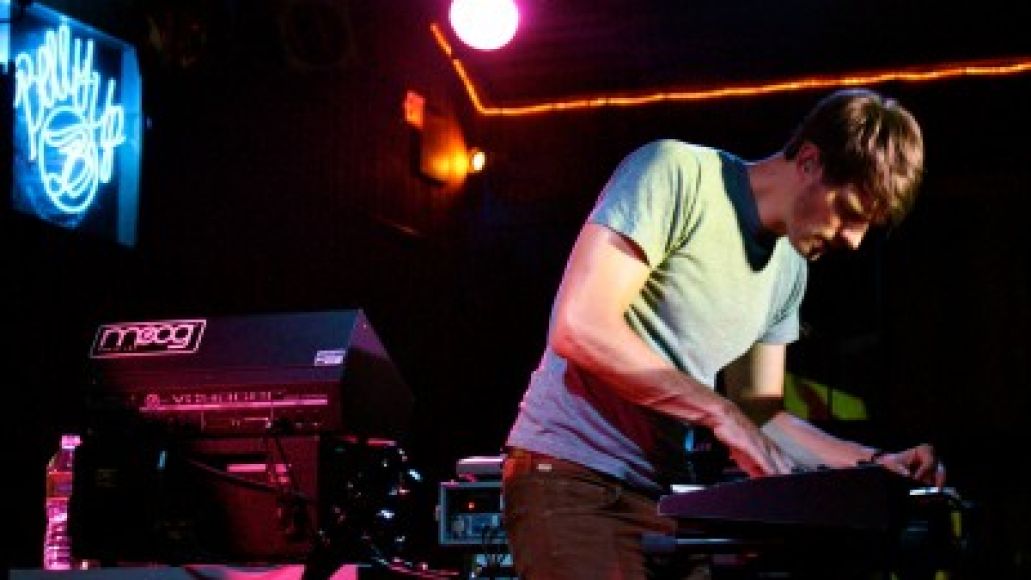 Tycho (aka Scott Hansen, or “ISO50”) is a musician and visual artist from San Francisco. Touring primarily to promote his 2011 release, Dive, Hansen was accompanied by drummer Matt McCord and bassist/guitarist Zac Brown. McCord’s sensational drumming really made the show; though Tycho’s recorded material is carried by Hansen’s keyboards, performed live, it was McCord’s drums that literally painted the air with sound.

Tycho’s live music creates a soundscape where everything- sex, a wave, a bird’s tilted wing-seem infinitely more beautiful, profound, and filled with mystery. It’s like what Gaspard Augé of Justice told me: “We’re just trying to make epic, romantic, melancholic pop music.” And this indeed applies for Tycho as well; not only does their music exhibit a delicacy and a fluidity when performed live, but their visuals seemingly depict a reverence for romanticism, femininity, and the circular nature of the universe. Put frankly, Tycho’s music is like The XX, like Washed Out; it’s baby-makin’ music for the indie masses.

Nearly every song performed was a crowd-pleaser, as those in attendance had seemingly listened to Dive on repeat. “A Walk” and “Hours” were highlights-just as they are on the album-and the band ended strongly with the amiable and fun title track, “Dive”. However, Tycho’s best moment on stage was during the encore, when Hansen first thanked the crowd, and then played a song by himself on keyboard and synthesizers. The result was pleasantly surprising, and strayed from Hansen’s typical Tycho lull. He wove heavy hip-hop beats and electronica effortlessly, making everyone wish he’d play a little more of that next time.