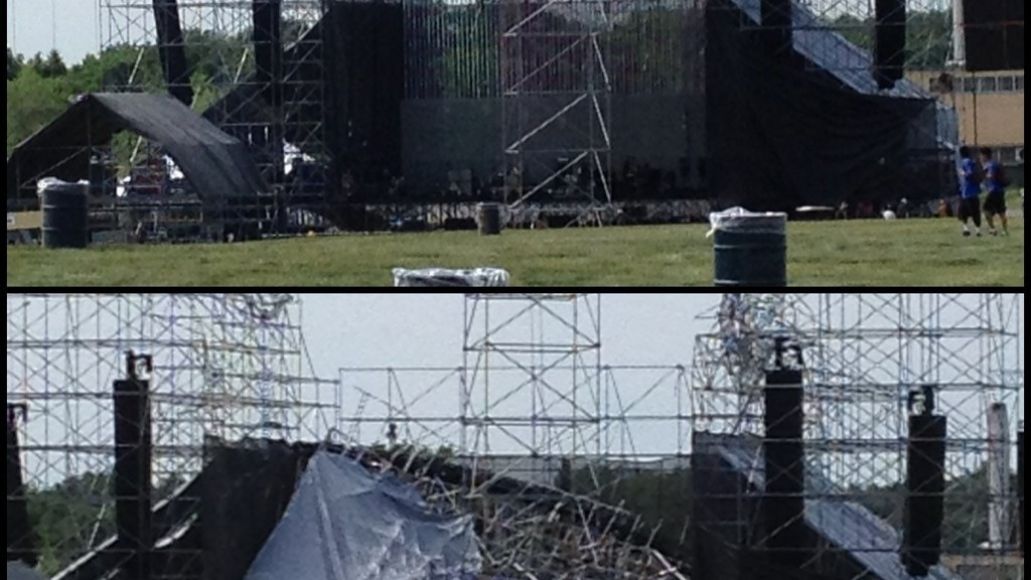 The stage at Toronto’s Downsview Park, where Radiohead was set to play on Saturday night, has collapsed. According to CBC News, one person was pronounced dead at the scene. Another person was transported to a local hospital with serious injuries, while two others were treated with minor injuries and released.

Update (June 17th, 12:25 pm): The person killed has been identified as Scott Johnson, who served as Radiohead’s drum technician, according to the BBC.

Update: (June 17th, 5:20 pm): Radiohead drummer Phil Selway has issued a statement regarding Johnson: “We have all been shattered by the loss of Scott Johnson, our friend and colleague. He was a lovely man, always positive, supportive and funny; a highly skilled and valued member of our great road crew. We will miss him very much. Our thoughts and love are with Scott’s family and all those close to him.”

An EMS spokesperson told the Globe and Mail that the collapse occurred as stage equipment was being erected. At the time of the incident, the weather was calm, with no reports of high winds.

Radiohead wrote on their Facebook, “Due to unforeseen circumstances the radiohead show at downsview park tonight has been cancelled. Fans are advised not to make their way to the venue. Refunds will be made at point of purchase. Further information is to follow.”

The show was to mark the final date of Radiohead’s North American tour.