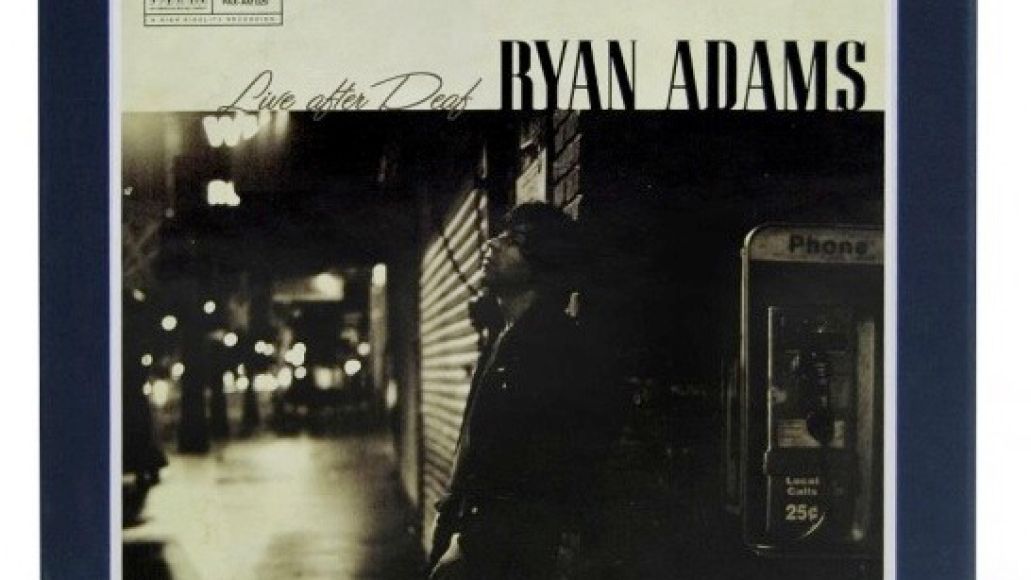 Ryan Adams will release a one-time pressing of an enormous vinyl-only box set this Friday, June 15h. The set is entitled Live After Deaf, presumably a nod to his struggles with Meniere’s disease, which left him with hearing problems and forced him to take a break from music in 2009.

While it’s unclear when or where the material was recorded, the heavyweight cloth box will contain 144 tracks of Adams’ acoustic perfomances pressed on 15 LPs, as well a download card featuring all 144 tracks plus an additional 74 digital-only bonus tracks. If you’re bad at math, that’s 218 tracks total.

the set will be available through the webstore of Adams’ label, Pax Am Records, at 1:30pm EST on Friday. Update: It will cost $130 plus shipping and handling.

Below, watch the Adams perform the title track to his recent LP, Ashes & Fire, on Later… with Jools Holland.