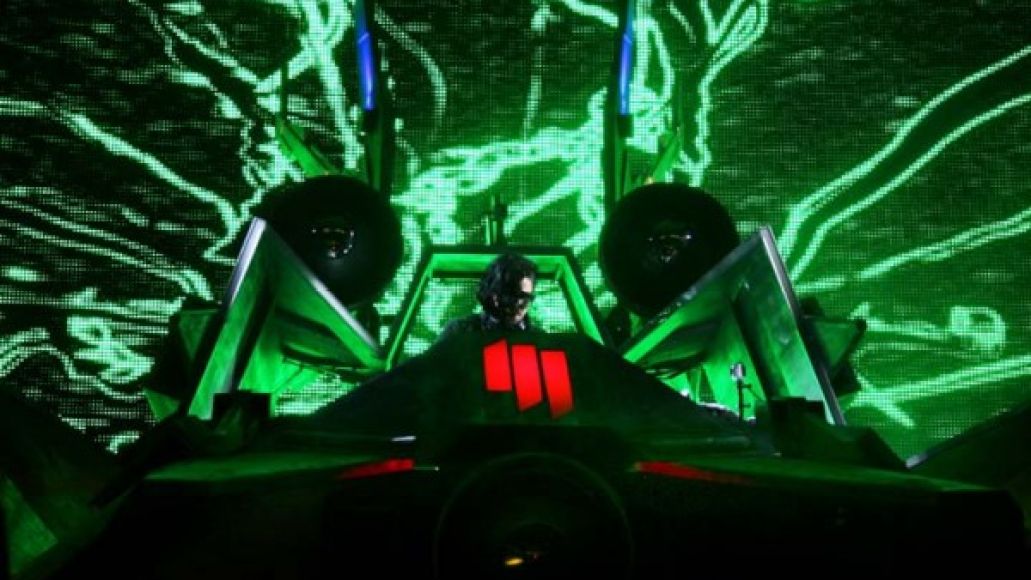 Soon you won’t even be able to go to the movies without hearing Skrillex. Speaking with Pitchfork, music supervisor Randall Poster (the same Randall Poster who’s also handling the Fleetwood Mac tribute album) revealed that he is working with the EDM superstar on Harmony Korine’s forthcoming film Spring Breakers.

“Skrillex is doing original music for us. I had heard of Skrillex, but I wasn’t watching it that closely,” explained Poster. “And Harmony, who I’ve worked with forever, sent me a link to some Skrillex YouTubes, and I saw one had 54 million hits– I thought he had somehow figured out a way to manipulate the numbers. And then it dawns on you: There are kids that are never going to buy a record. They’re just going to play songs on YouTube.”

Starring James Franco, Selena Gomez, and Vanessa Hudgens, the film follows four college girls “who land in jail after robbing a restaurant in order to fund their spring break vacation,” according to IMDB. For his part, Franco looks awesome.