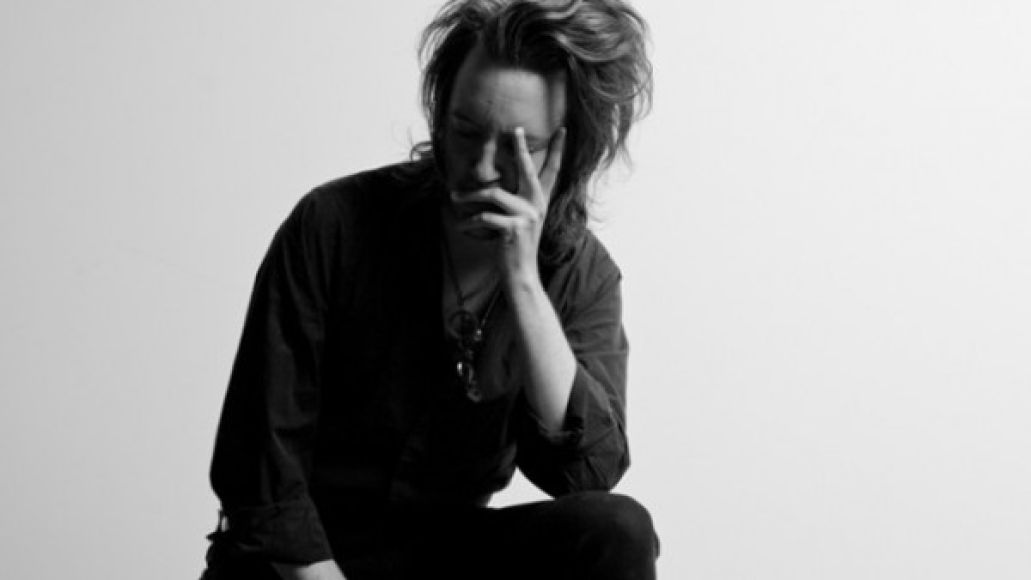 “Made a record last year, searching for a simple romantic work that could give voice to themes of loss, rebellion, and desire. These songs helped guide me. Back in the day I’d buy records just based on the covers, got my instincts sharp. When asked to make a mix the first two songs that came to mind had really striking black and white portraits with bold red lettering for their covers. I used that loosely as a prerequisite to get on this. Had some Yeats fall into my lap too. Below is a quaint poem of his that also served to build this ardent little life-boat of maudlin jammers. I guess I need limits and a theme to start building anything.” —Wymond Miles

Check out Wymond Miles’ playlist on Spotify, and do pick up his wonderful debut LP Under the Pale Moon, on Sacred Bones Records.

The Caravelles – “Hey Mama You’ve Been On My Mind”
Pure triumph and glory, with two drops of melancholia No. 2 to dye the whole thing in blue. Scratch that. This song shimmers gold glitter on honey rendered nostalgia via instagram. They were trading up sounds for this cut, stealing the Spector/dream girl sound. Irrelevant, the song is glorious. Should’ve been #1, instead of never batting an eyelash of their contemporaries.

Dwight Twilley Band – “Sincerely”
Go ahead, play this for your most jaded, rock n roll aficionado cohort and watch them melt under the raw sex appeal of this song. Dare them to deny the fuzzed out backwards guitar solo. Dare them to say this is not rock n’ roll straight from Lucifer himself, the angel of light, the temptress!!! Twilley hollers and moans all over this slice of warm dreamy power pop.

Lindsey Buckingham – “Trouble”
Just listen to the guitar leads, every note a bead of salty sweat off of 50’s Brando, or 70’s Redford, or, well, an 80’s Buckingham. Ever gotten lost in someone’s arms a little too long?– “I should really be saying goodnight, I really shouldn’t stay anymore…I should run on the double…I think I’m in trouble”–this is for you. Sparse, perfectly crafted production. This is what the Onlys groove to while hauling through Iowa.

Robert Palmer – “Johnny and Mary”
Ok Brooklyn. You’ve got the aesthetic, the sounds, the gear, the intellect, the heart and the irony. What you don’t have is the melody, and you don’t have the lyrics. If you’ve made it to your late 20’s you’ve been in this tangled, complex relationship. Step back kids, Mr. Palmer owns this turf. I’m a disciple, it’s the best we can do.

Bob Dylan – ”Most Of The Time”
It’s been a long time since I’ve felt so connected with a song that feels like it’s narrating my life as it rides along. Dylan was uneasy with Lanois’ production, but I find it to be the most expressive and relevant sculpting of Dylan 10 years either side of its release. The hazy dream scape is a warm womb to find refuge in. I can’t imagine a recording session I’d love more than to be in New Orleans eating crayfish and oysters with Lanois on my back making me do take after take.

Television Personalities – “Stop & Smell The Roses”
Can’t help but think this is the song Stone Roses were aiming for with “I Wanna Be Adored”. Some songs just have that thing to them from the first chords you know you’re gonna carry it with you for a long, long time. This is as pure and unhampered with as a fresh days rain. Courage in its plaintive vulnerability. A perfect opener to their record “Painted Word”, or any record any broken punks have tried to make, why the fuck am I not opening with it?

Swans – “God Damn The Sun”
Ok, this just defeats me. You win. I’m out. Game over. I didn’t know we were still trying to out write the gentlemen of the past 50 years. You did it. Pure fiction, or the hardest lessons of life and death lived? Mr. Gira, I envy your humanity. Step to an aching face in the shadow of death and senseless violence and this is what the heavens call down upon you. This doesn’t even fit the necessary record cover criteria to get on this mix! It still somehow wins.

Nikki Sudden & Dave Kusworth – “It’ll All End Up In Tears”
This is what I fantasize Guns N’ Roses listening to for inspiration when they wrote “Patience”. Izzy laying Nikki Sudden down for Axl and Slash on the turntable, Duff being all–”cool, I love this jam”, Steven nodding out on the bed in the back. Within an hour “Patience” is jangling its way out of the vagina of “It’ll All End Up In Tears”.

Bing Crosby, Les Paul and His Trio – “It’s Been a Long, Long Time”
Two guitars and a voice; we complicate matters. This is being human. This came on AM radio one afternoon 10 years ago after picking up a hot dog on my lunch break from work, and I sang it for 9 years until I finally heard it again recently. Hooks. Who can find them anymore? We overlook the human delivery of them. This is how its done. I was born a little too late. This was my era.

Billy Swan – “Don’t Be Cruel”
Wonder what Wymond’s doing past 8pm on any given night of the week? Three glasses of wine in, jaw clenched, lights set dim enough to render a room amber, head bobbing, with Billy Swan’s rendering of the rock n’ roll canon to obscurity, and bringing out what made this dangerous in the first place, it’s sex appeal. Who could deny that opening? You try and keep your belt latched while this song plays.